My guitar was delivered to the apartment just moments ago and I was thrilled to see that it was in perfect condition. Not a scratch on guitar or case. Very happy.
The music is something new I am working on. It’s a 6/8 feel over 4/4 and the second guitar will be a plucked reggae part. I just played the second guitar part along with the video and it works very nicely.

Recorded with a phone propped up against a pillow. :-) 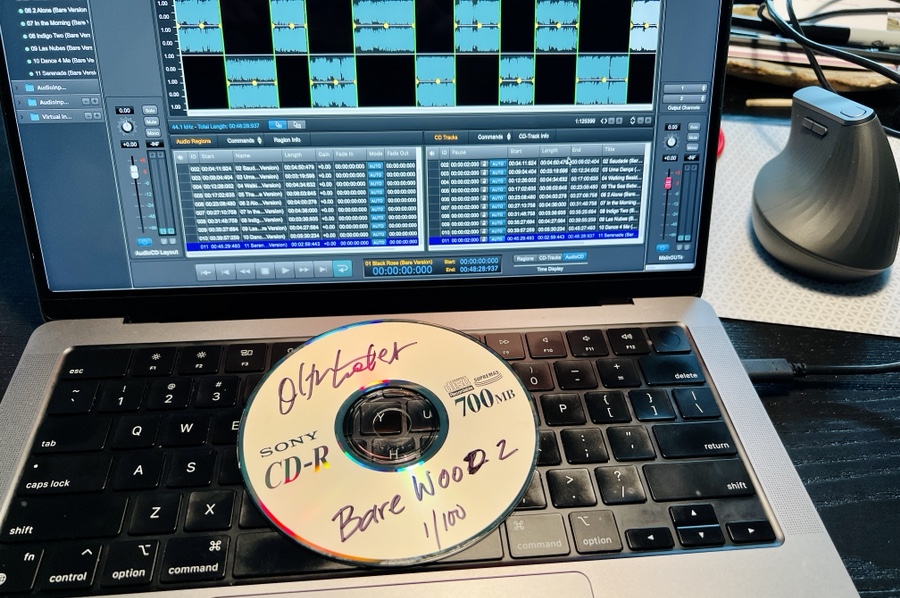 I was asked why the pieces called “Haiku 1” through “Haiku 4”, which can be found on the album slow, are so short. It’s a good question. I often assume the listener will understand my thoughts, however obscure they can be, and in my mind it was completely clear why the pieces were very short. :-)

The four pieces named “Haiku” are patterned after short Japanese poems called Haiku. This is a pretty good introduction to Haiku, but perhaps Yumiko will have a better suggestion.

Haiku (hy-koo) is a traditional Japanese verse form, notable for its compression and suggestiveness. In three lines totaling seventeen syllables measuring 5-7-5, a great haiku presents, through imagery drawn from intensely careful observation, a web of associated ideas (renso) requiring an active mind on the part of the listener.

My Haiku series from the album slow uses the same form as the poems. There are five sounds, followed by seven sounds, and then another five sounds. Between those lines are two brief pauses.

I should record more of these little Haiku pieces.

In the past decade the market has changed from goods to streaming or downloads but there are a number of people who still prefer CDs. I am not sure making a bulk order of CDs is worthwhile these days. I used to order a few thousand CDs and store them in my Garage. Some would be sent off to a CD-distributor, we would take boxes on the road with us, and sometimes I would sell them directly, stuffing the CDs in envelopes and taking them to the Post Office.

What are the options? Do they have to be CDs or can they be flash drives, like I did with Fete? But flash drives drives don’t fit into a CD player, so for some people that won’t be satisfactory.

Perhaps I can use a company that burns and ships individual CDs. I might have to find a company for each continent or the cost of shipping will be too high. I found that prices for the US are quite reasonable. About $9 per CD and about $4 for shipping via First Class Mail. The total price would have to be about $20 (which includes shipping) so that I can get paid the equivalent of an album download.

Another option would be for fans of CDs to buy my album from Bandcamp, then select .WAV as the audio file format to be downloaded, and then burn a CD themselves. A CD burner can be had for about $30 and some CD-burning software is available for free. I could create a PDF that can be printed and added to the homemade CD. Advantage: no shipping cost and lower carbon footprint. I admit I also like the idea of co-creating the CD, with you actually making the hardcopy.

If we look at the environmental cost, music files stored and played on the computer or a DAP (digital audio player) probably has the lowest impact. Next would be burning CDs in the comfort of your home and then ordering individual CDs shipped from a fulfillment center.

There is yet another option. I think part of the allure of the CD is the booklet and packaging. I could design a booklet to go with an album of download files. It could have any shape and size since it doesn’t need to fit into a CD package. It could be larger. Remember how much fun LP sleeves were!?!? A small book could also contain lots more detail about the recording process, for those who are interested in that sort of thing. There would be space for writing about the album and about individual tracks and, of course, space for photos. As with the on-demand CDs I think I could find a printer that prints books on demand and ships them out.

Does any of this sound good to you? If nothing but an official CD package will do, I could order smaller runs made, perhaps of 50-100 CDs. But shipping costs will be high, easily $30 to Australia/New Zealand and not much less to Europe, and lately I am wondering about the reliability, too.