Early December, while I was in Lisbon, I noticed write-ups about a new digital-analog-converter from Astell & Kern, called the HC3 – link. It uses the ES9219MQ chip from ESS, is very small, and can be plugged into laptop with USB-C. The HC3 also comes with an adapter for the iPhone’s Lightning port. Price is around $200 and available sometime soon, in February I think. While looking into this DAC I came across this one, the Go-Link, made by an English company called ifi-Audio. 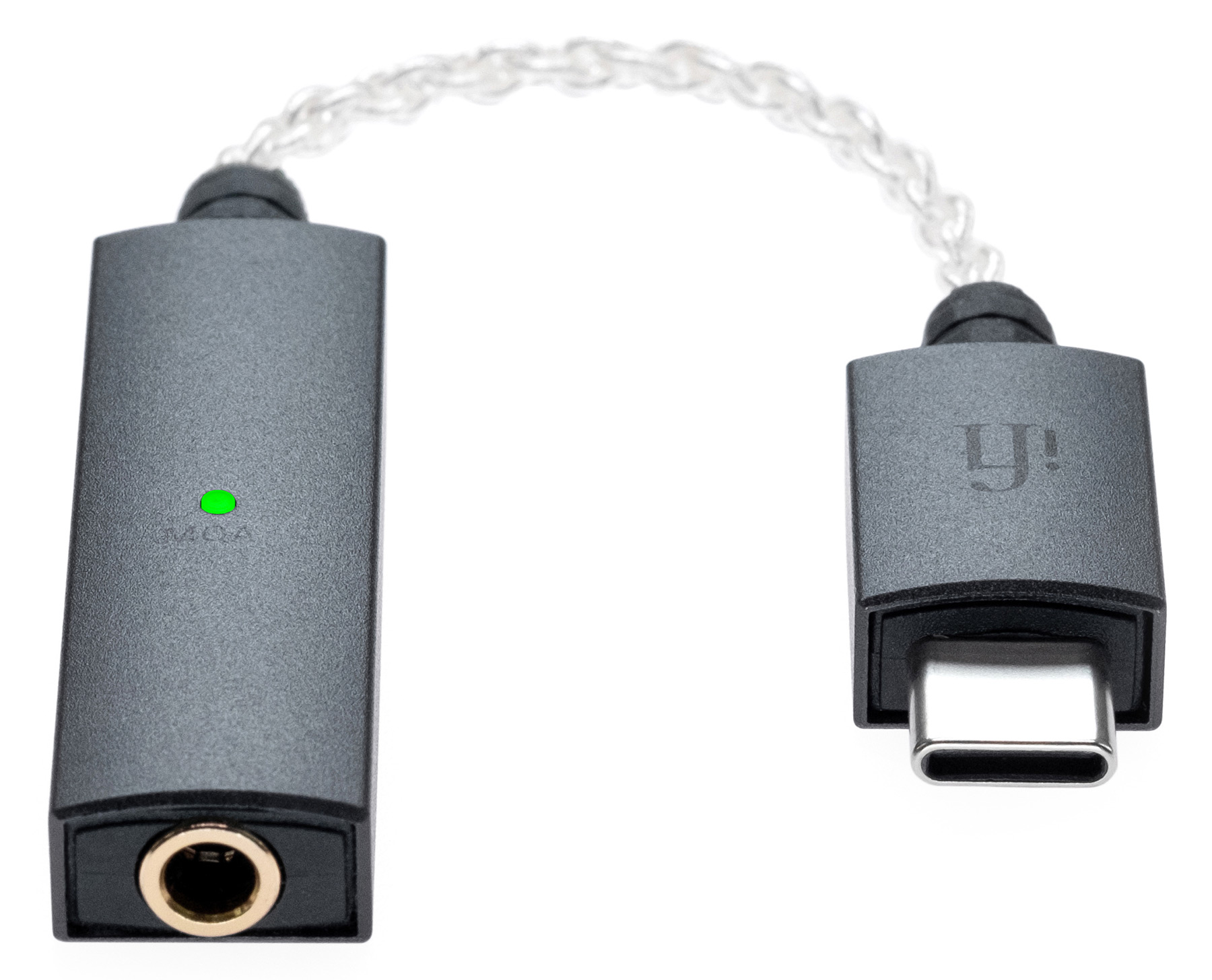 The chip in the Go-Link is the same one that powers the HC3. The Go-Link comes with a USB-C plug plus a Lightning adapter for the iPhone and an adapter for a USB-2 port, for computers that don’t have USB-C. I found the Go-Link at BH-Photo (link). The price is $59. The A&K looks cooler, perhaps, but is it nearly four times cooler? Plus, the Go-Link is available now. I pre-ordered in December and it arrived this morning.

I immediately plugged the Go-Link into my phone and used my Euclids to listen to a variety of lossless files (16/44.1 downloaded files on Apple Music, 24/96 files on Dropbox) and, while direct comparison is not possible, my impression was that the music felt more alive, more present, more dimensional. I really think this is the tool we were waiting for to be able to listen to high quality audio while on the move, without breaking the bank. Only a year ago, listening to this level of quality meant having a DAP (digital audio player), which costs at least $500 and can go up to $3,000 and more. And it’s one more thing to carry around. Now that Apple Music has caught up to Tidal and one can download hi-res files and play them back on the phone, or if one uses Dropbox in conjunction with a player-app like CloudBeats, the last barrier was how to get digital sound from the phone to your headphones. Bluetooth is practical, and I use it myself, but doesn’t sound very good. There were DACs, of course, but they weren’t tiny and they weren’t cheap. This Go-Link is the missing link, perhaps. I am psyched. 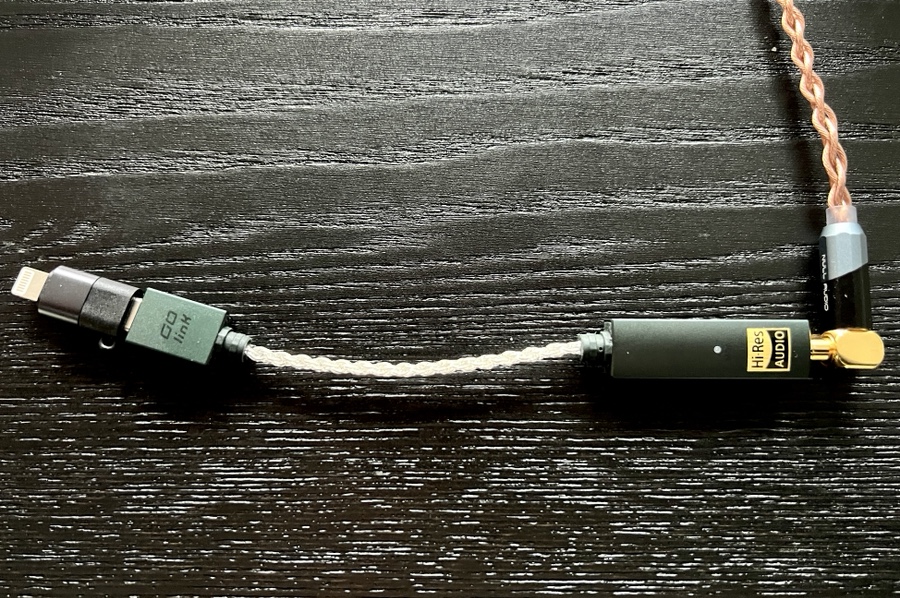 Here is the moment where novelist Mohsin Hamid eloquently speaks about the difference between books and movies – from the podcast Always Take Notes. I have compared instrumental music to books and songs to movies, in the past, and love the way Hamid describes books and movies here.

What I love about instrumental music is that, without the words, you can find you in it, not just me.
Instrumental Music | Ottmar Liebert

What a great way to end the year! Listen to this music, created by a group of hus in a hall somewhere in Rome. This is what we can accomplish. We can create beauty, we can work together for a common goal. Morricone orchestrated, conducted, and produced the album. The orchestra is the Orchestra Roma Sinfonietta (Wikipedia), which Morricone uses a lot. Plus Yo-Yo Ma, of course. 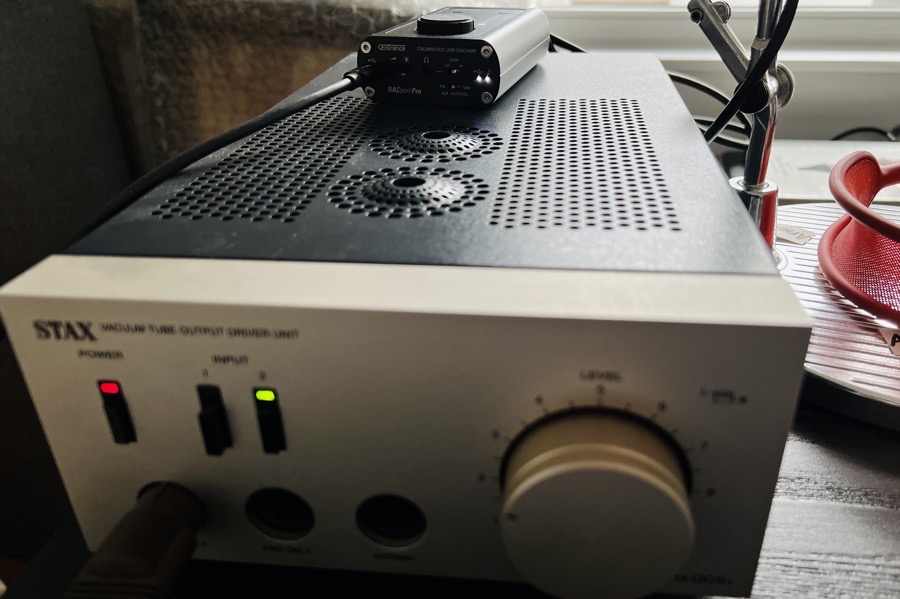 Today I worked on another piece of music for the next recording, the album with the working title Rain Music. The new piece is a solo guitar recording, over a bed of rain of course. I don’t have a title yet but it sounds like I am sitting in a hut, surrounded by trees, with rain all around, and water dripping from the branches and the roof.

Afterwards I took a walk. I have the best ideas while I’m walking and I like what I came up with this afternoon:

Since I no longer have to think in terms of songs and tracks and distribution and radio, because I decided not to distribute my stuff henceforth, I shall do an alternate version of the album that is just one long file/arrangement that contains all of the songs. The sequence will be arranged so that it starts with the most upbeat song and mellows out from there. There will be no pauses between songs, just rain fading into rain. Depending on the quality of the file it could end up being fairly large, but I don’t think that will be a problem. The file will be no bigger than an entire album would be. I can’t wait to experience this, myself!

I am listening to it as I am writing this. Sakamoto loves Bach and it shows in this piece.

You might also checkout the album Playing the Piano 12122020. It is lovely. If you are unfamiliar with Sakamoto you will find hat there is lots to discover.

Over the past couple of days, Ryuichi Sakamoto (pictured), one of Japan’s greatest contemporary musicians, has made a pre-recorded solo piano “concert” available to stream in what might be one of his last public appearances. Sakamoto, who is being treated for stage-4 cancer, has had a remarkable career that spans 1970s synth pop and film scores, and he occupies a unique space in Japan’s cultural landscape.

“I hope to be able to make music until my last moment, like Bach and Debussy, whom I love,” he recently wrote.

What a legend.
Take a look at the wonderful documentary Coda from 2017. You can watch the trailer here. I bought the DVD and watched it several times.

And so much music for films: Merry Christmas Mr. Lawrence was the first one I experienced. Sakamoto was asked to act in the movie and promptly told the director he would only act IF he also got to do the music. Nice! Then came Bertolucci’s The Last Emperor. Again, he was engaged as an actor. After composing a few pieces for the movie, during the filming, he eventually scored most of the movie. Then there are Almodovar’s High Heels, The Revenant, and so many more – IMDB lists over a hundred.

Found this video of a performance by Sakamoto and Alvo Nota in the Glass House, the famous building by Philip Johnson, located in New Canaan, Connecticut.