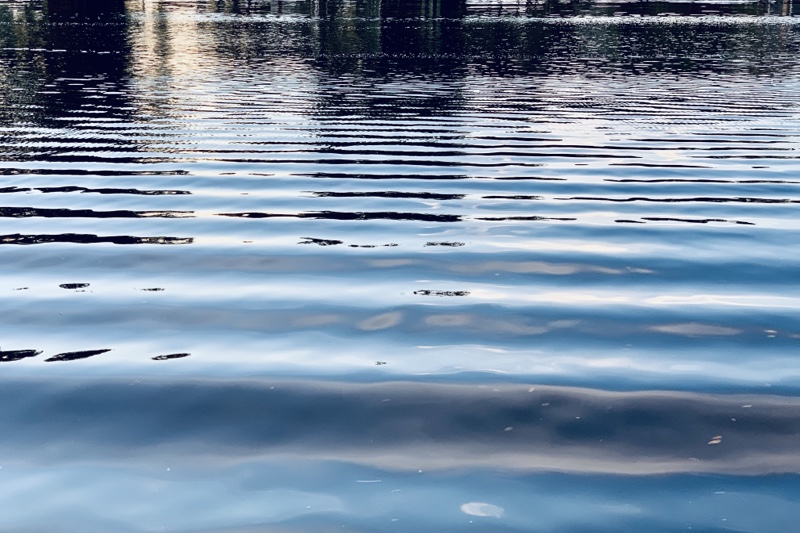 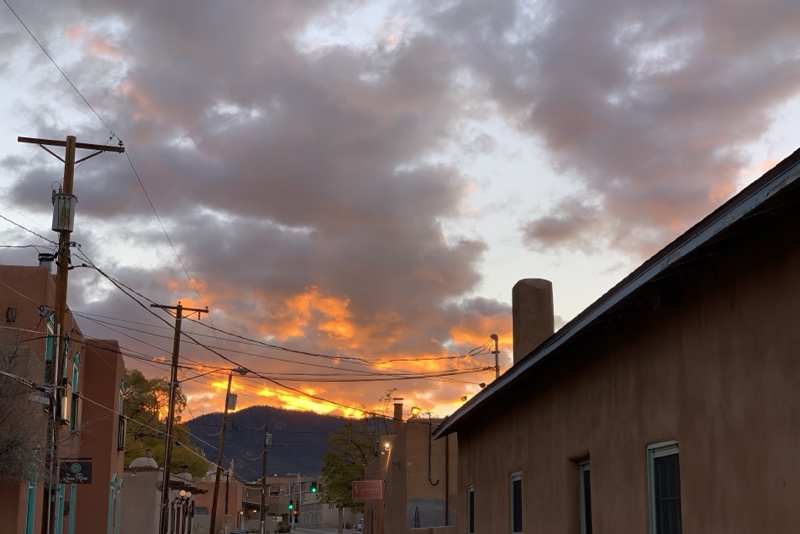 It was great to perform at the Lensic again last night. We enjoyed it very much. There was an interesting blackout during “Heart Still/Beating” due to the lighting console freezing and having to be restarted. We cruised right through that though.

The above sunrise greeted me this morning. 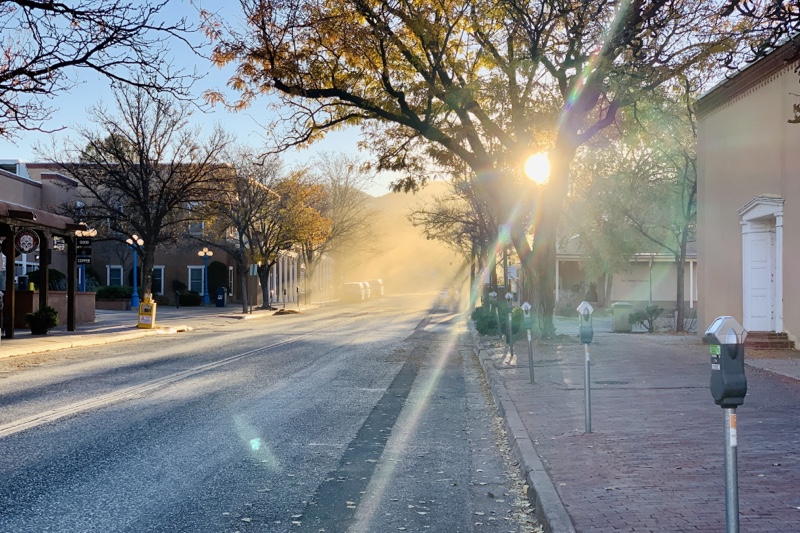 That’s the thing about pollution, it can look real pretty. 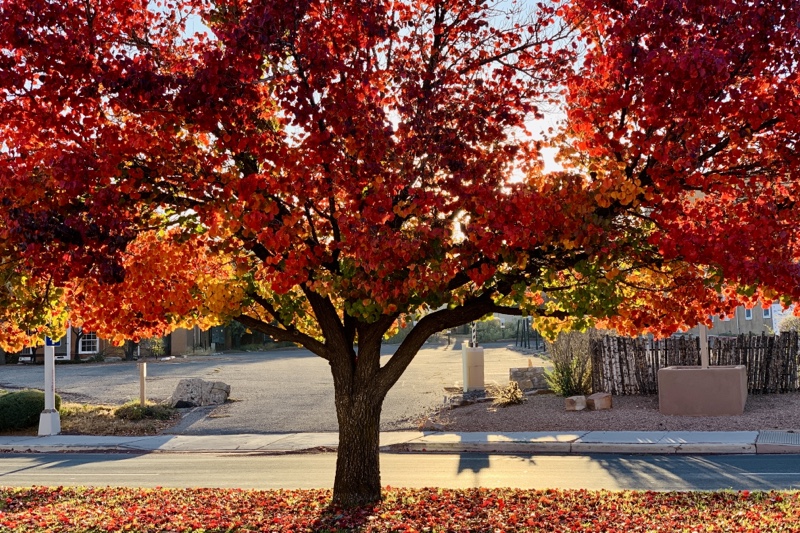 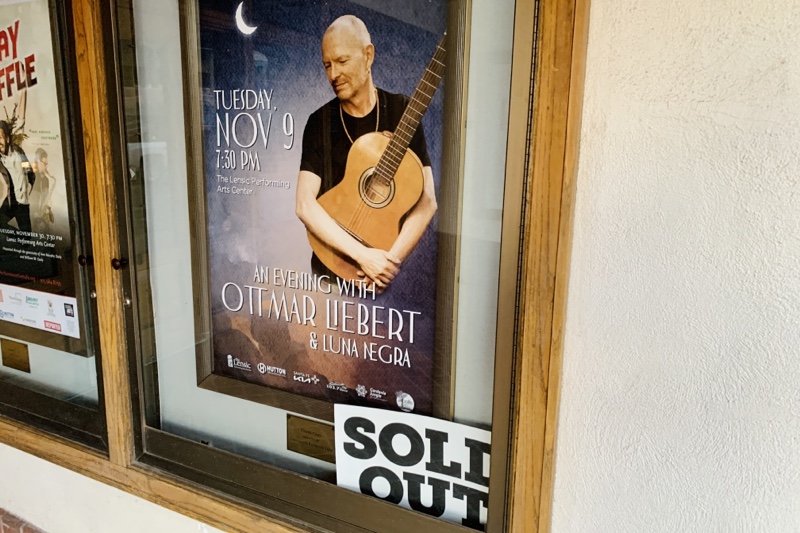 I woke up early and went for a walk. Many trees in town are showing gorgeous autumn colors. Took a few phone snaps. What’s the best camera? The one you are carrying. It was the coldest I have felt in months, but the clear mountain air was a pleasure. 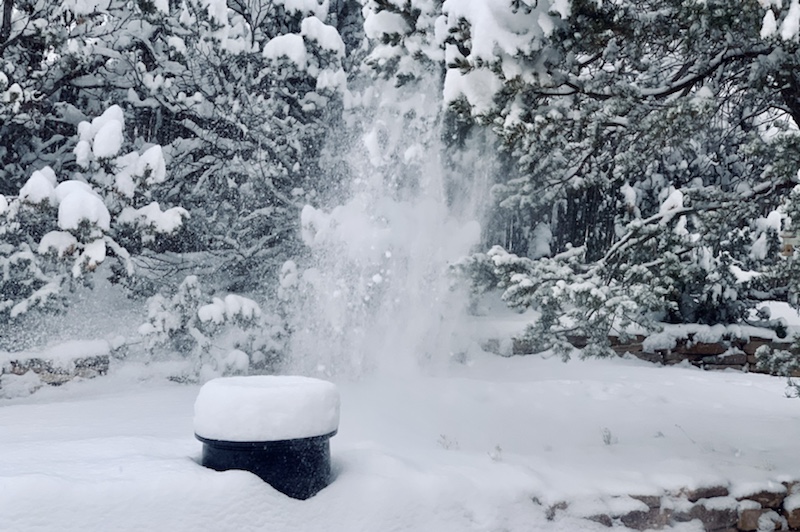 Just as I was about to take the photo the tree decided to drop some snow. I caught the moment. Thanks! I shoveled snow for half an hour and this stuff is super light, lighter than anything I have experienced before. I thought of marshmallows, but they are too dense compared to this snow.

I shoveled a path to my studio and listened to slow. The music and shoveling the fairytale snow combined to create a beautiful mood. When I was done I almost looked for more snow to shovel.

In the kitchen I drank a glass of hot Pouchong tea and I listened to this piece, which combines music and the sounds of me walking through the snow. 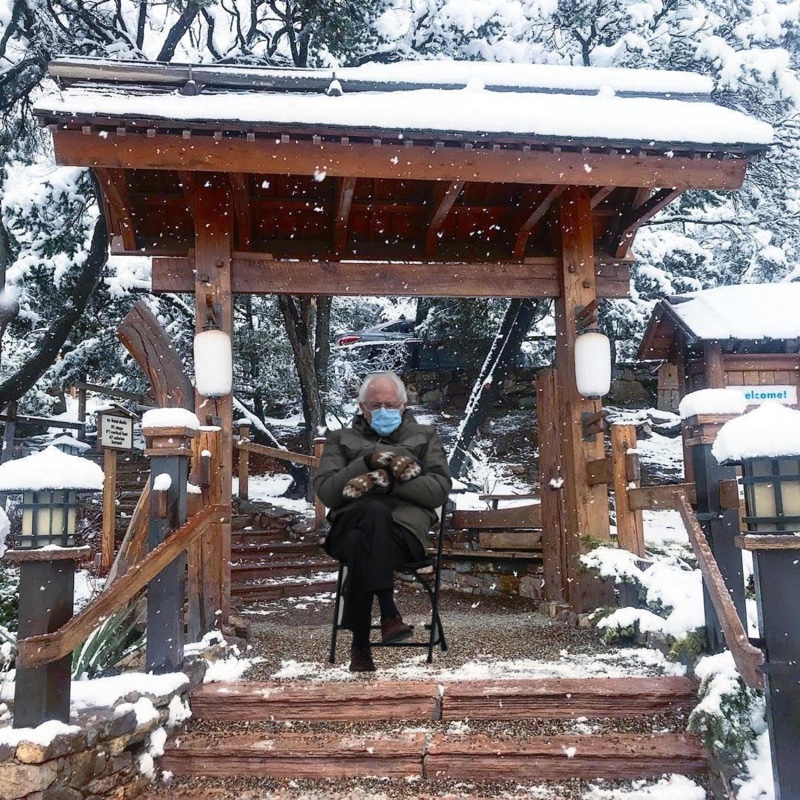 Tenthousand Waves is getting into the meme.