On Wednesday we finished recording the percussion for “Dune”, and yesterday we had our first accordion recording session. It went really well. We recorded from ten in the morning to one in the afternoon, and then I kept working by myself until half past six in the evening.

What an amazingly expressive instrument the accordion is! As a kid and young adult I had a very very low opinion of the accordion. The instrument was only used in folk music and was the brunt of many jokes – like banjos, trombones and violas. I did come to love the bandoneon, once I discovered Astor Piazzola, but in the last couple of years I discovered the use of accordion in Arabic music and music from the Balkans.

And luckily there is an accordion player right here in Santa Fe who can play like that! :-)

The new album has a really really interesting sound, a bridge between so many styles and traditions. Its roots dive deep into the ground in many locations, but the trunk also rises high above the traditions and lifts the crown into original air. 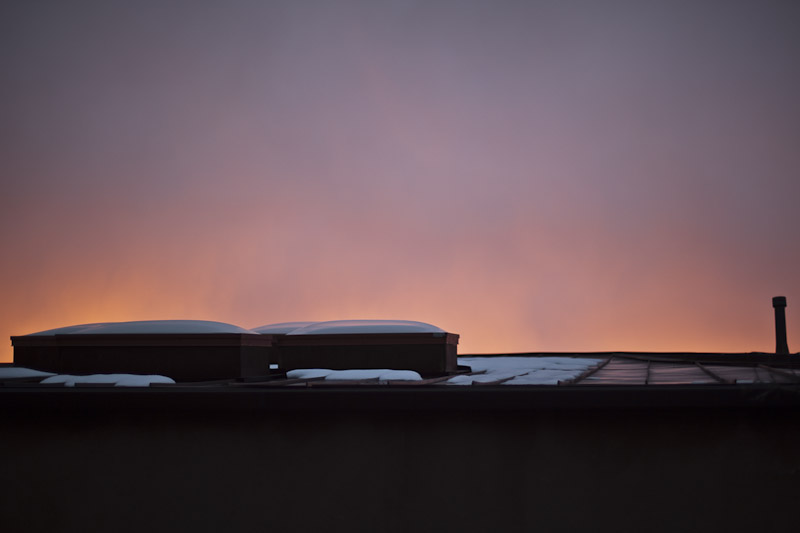 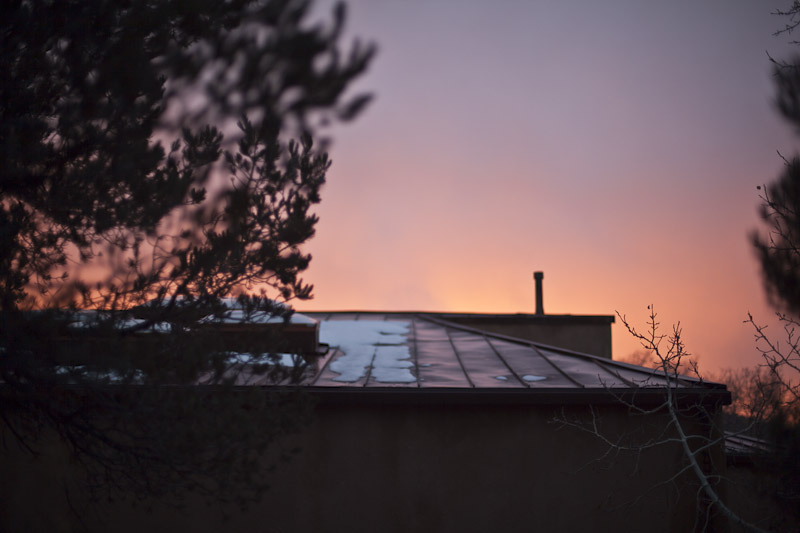 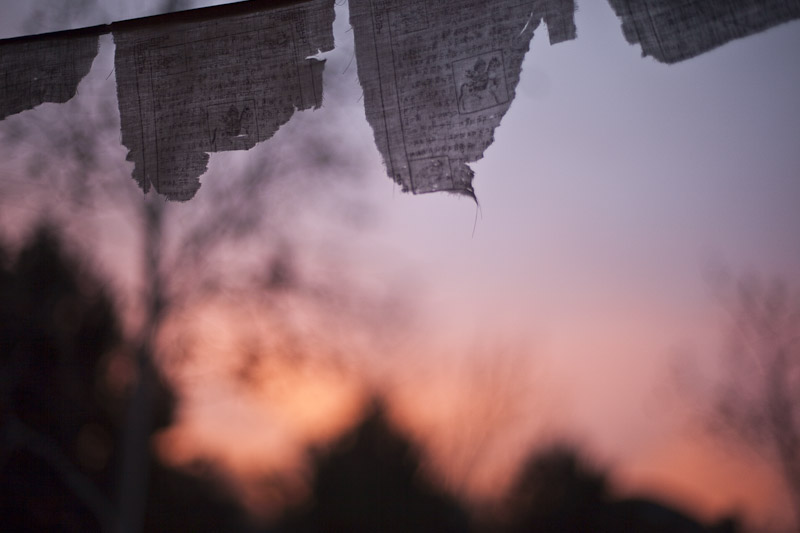 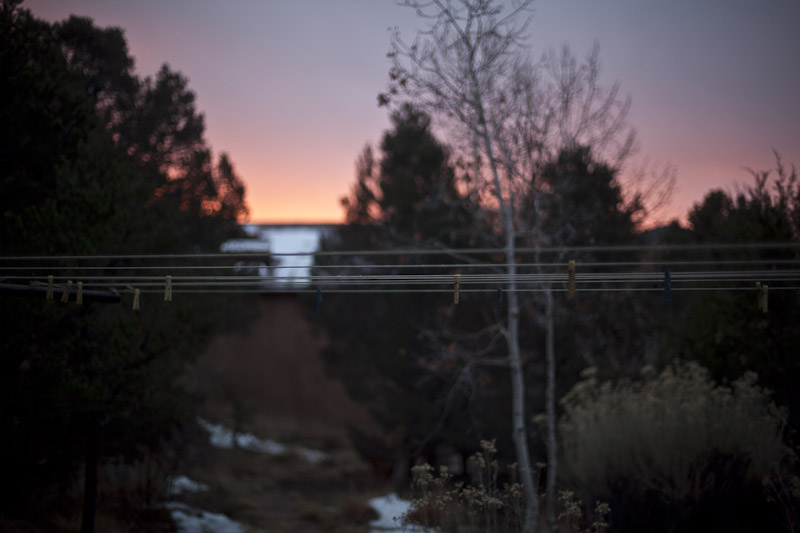 A blade of light near the studio’s entrance:

Today I walked to the studio and fired up the console to do a couple of test mixes. I remembered a bunch of albums from the Sixties, where the stereo field of a trio (((I think the Beatles might have done a few mixes that were similar, once they went stereo, but I could be wrong))) has the guitar or vocal in the middle and the drums and bass off to the sides. That sort of mix uses the width of the stereo field to create a better separation between the instruments.

There used to be severe limits to this kind of mixing, because of the nature of recording in the early days – literally cutting a groove into an acetate disc – and also because of the way vinyl worked: the groove was deepest in the center and therefore the bulk of the bass had to be delivered there. Bass over to the side did not work.

So Jon sent me a track from yesterday’s rehearsals and here is what I did. Mix1 features the bass about half-way left. The drums are half-way right and the guitar is center. Keep in mind the drums had only a stereo mike and the kick mike on it. They will sound much better once they are properly miked up.

This placement sounds great on loudspeakers, I find, and does quite well on headphones. Headphones are the biggest concern, because bass to far on one side feels weird, but this seems OK. Let me know what you think.

Here is a reference mix, where I did my usual stereo field – I usually have the bass at -14 and the kick at +14 (((the stereo field goes from -100, all the way to the left, to +100, which is all the way on the right))), to create a little bit of separation between them. The guitar is still in he middle and the stereo drums are all the way to the left and right. This field, which sounds a bit too narrow here, sounds much better with more instruments, like two or three rhythm guitars and one or more percussion tracks added, which can be pushed out to the left or right side.

Again, this is only a rehearsal, with plenty of clams… Do let me know how you feel about the two different mixes.

I think Burning Up might be a good title for this one.

Manual exposure: f/4 and 1/20 sec.
Interval: 1 exposure every 9 seconds
Total number of images captured: 2,181
Number of images used: 2,039 (((one candle fell over near the beginning)))
Quicktime movie assembled at a rate of 50 FPS (frames per second)

Here is the same video on Vimeo. Which plays back smoother?

Beautiful Morning.
Up @ 06:30.
A couple of black double espressos later I used the Mariachi Bullitt to move my trash and the recycle containers to the drop-off spot in the street. Carrying garbage made FUN!

Started setting up a new digital mix for another Lava track in the studio – this one was given the working title T-Rex #3 in 1995 – while the Canon camera was clicking away in the house, capturing light moving across the white wall…

Here is a quick edit of several time-lapse shoots from the past weeks:

Candlelight – 2 from Ottmar Liebert on Vimeo.

I am looking forward to creating time-lapse videos from photos of the band on stage this month! And maybe I’ll get up real early in Palm Springs and catch a sunrise…

Fixies, Hongkong style… I remember HK to be rather hilly. These guys’ thighs must be in good shape, especially on the downhills.

Received an email with an offer to hear an album somebody made:

If you are at all interested before someone else grabs us… please let us know. We will be sending our CD out shortly to Vegas for Tony Bennett to hear..

Please respond as soon as possible, we are very enthusiastic about our music. We would love to be associated with subspiral studios as we know you are always looking for new talent.

I added the red color. It’s always a good idea to actually know who you are sending a demo to. And that made me wonder what a Subspiral is. Is that a circle? Subspiral = Spiral minus the upward movement = Circle?

The Got 2 Go cassette that became Marita: Shadows + Storms which became Nouveau Flamenco was rejected by dozens of record labels, so believe me, I know what it’s like. Good luck with Tony Bennett, and I mean that. I imagine Tony Bennett and I don’t have a lot of favorite music in common, but who knows, I have never met the guy.

After I heard the news I revisited the excellent Upaya newsletter from 2009-03-02, which contains a lot of wise words on why to repeal the death penalty. I also came across this:

Upaya Newsletter for 3/2/2009
When a rebel army swept into a town in Korea, all the monks of the Zen temple fled except for the Abbot. The general came into the temple and was annoyed that the Abbot did not receive him with respect. “Don’t you know,” he shouted, “that you are looking at a man who can run you through without blinking?” “And you,” replied the Abbot strongly, “are looking at a man who can be run through without blinking!” The general stared at him, made a bow and retired.

Upaya Newsletter for 3/2/2009
In Lewis Hyde’s wonderful book, The Gift, he describes dinner in a cheap restaurant in the South of France.

The patrons sit at a long communal table, and each finds before his plate a modest bottle of wine. Before the meal begins, a man will pour his wine not into his own glass but into his neighbor’s. And his neighbor will return the gesture, filling the first man’s empty glass. In an economic sense nothing has happened. No one has any more wine than he did to begin with. But society has appeared where there was none before.

In Japan (((what about Korea, China?))) one does not pour sake for oneself. One always pours sake for each other. If one drinks alone, another patron or the wait-person will fill one’s glass. I believe it is those little things that bind a society together.

PS: wondered whether to release new music to you on Mondays (((it’s the beginning of the week, need a little pick-me-up??))), Tuesdays (((traditional release day for music, since the beginning of time??))) or Fridays (((almost weekend??))). While I think more about that and consult the Iching (((Ha!))) I will add a new song this Friday…