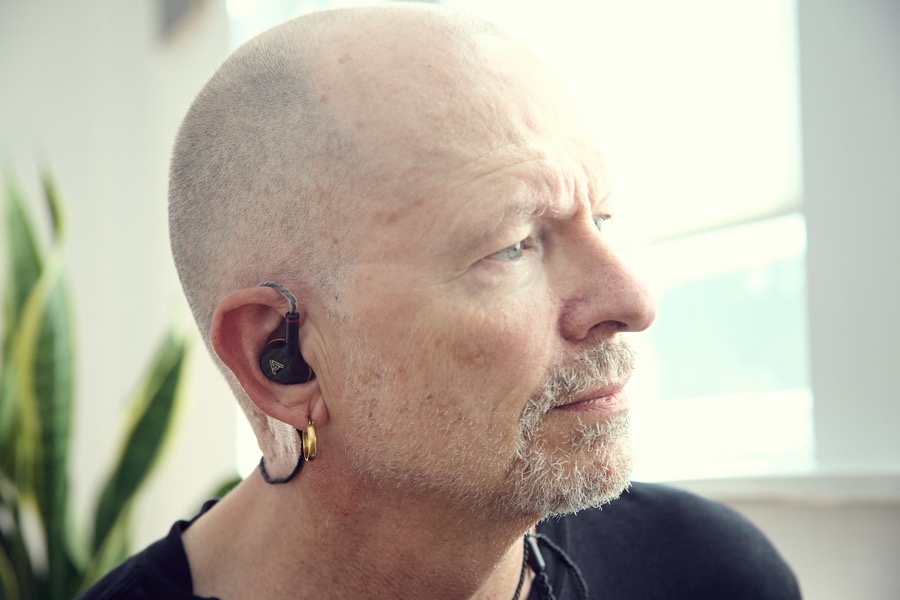 Eric Nolan asked:
When you mix, do you pretty much leave the EQ and other guitar effects the same once you find your sound or do you find yourself starting with a clean slate every song and exploring from there?

My guitar EQs are guitar-specific, meaning they are created for each guitar and because of that particular guitar’s acoustic properties. EVERY guitar’s sound has an ugly component somewhere, some part of the sound that is boomy or muddy or otherwise not right. An easy way to find this component is to insert an EQ on the guitar track and to sweep the frequencies one suspects of unpleasantries, while boosting the EQ. Now the bad stuff will jump out and be very obvious. Narrow the EQ to taste, then roll off those frequencies. Save this as a preset for that guitar. That guitar EQ should work every time, but you will have to adjust it when using a different microphone.

I always have at least two EQ presets for every guitar, one for RGtr (rhythm guitar) and one for MGtr (melody guitar), with the rhythm guitar EQ rolling off a little of the general low end in addition to the above described surgical removal. I often play several RGtr tracks (the chorus of Barcelona Nights was made up of three RGtr tracks and two MGtr tracks) and if I leave the RGtr tracks too “thick” they will take up too much room. I also EQ reverb returns, but I’ll save that for another time.

This gives me an idea: it might be interesting for some of you if this could be a component of the subscription site: I could record a video or do a screencast of a mixing session and explain why I record, mix, master the way I do. Or perhaps the occasional Zoom session to answer questions.