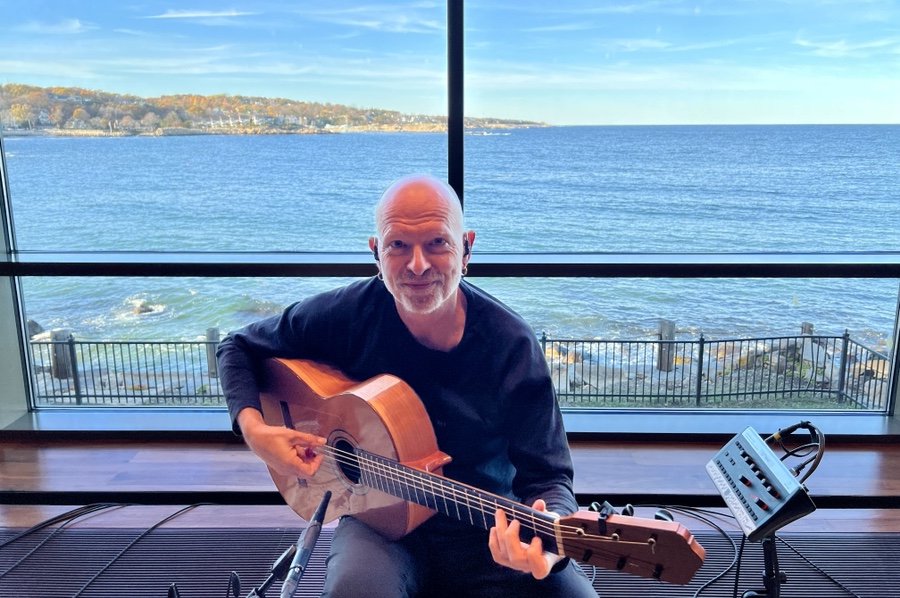 Jon took this photo before soundcheck in Rockport this afternoon.