When touring I often eat Asian food because I find that Thai and Vietnamese restaurants use a lot of fresh ingredients and they usually serve good quality food. Here are a couple of finds from the October run…

In Richmond, Virginia, we found a little Vietnamese neighborhood and discovered a fantastic restaurant called Pho Tay Do in a very unassuming little building. 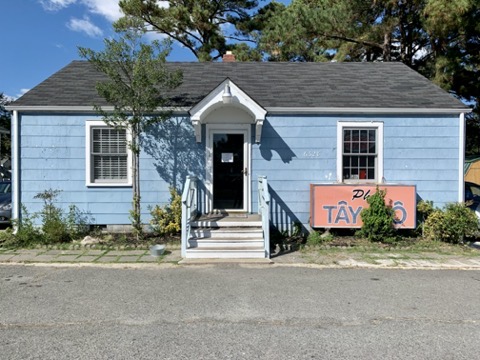 The food was excellent and the decor quirky, and I usually prefer quirky over fancy. Is that Princess Diana with Prince Harry… and Elvis? 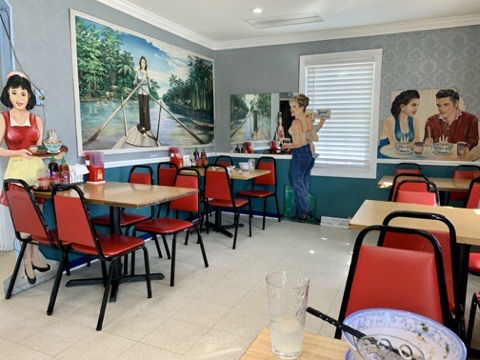 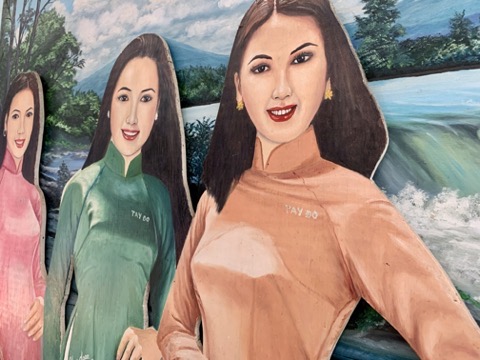 The paintings and cutouts were created by the owner.

In Pawling, New York, we went to a Thai restaurant called Thai Elephant 2. Above the fireplace there is a Buddha image that is a concave relief. The face eerily turns and follows a person around the room… I think I have a video of that and will look for it. 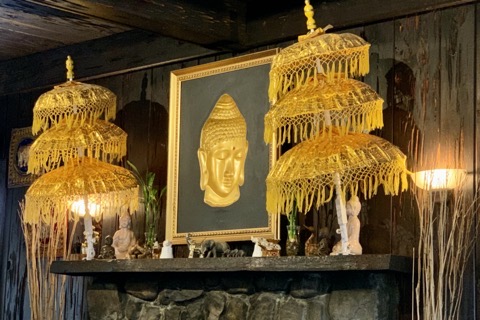 A few people asked me for my German apple pancake recipe. Here it is:

Method:
Cut apples into thin (1/8-inch thick or smaller) slices. Soften the apple slices in a pan with a tablespoon of butter & some cinnamon. Set aside and let cool a little.

Whisk together the flours + salt in a large bowl. Add a cup of milk while whisking, then add the eggs, whisking well.

Heat a tablespoon of butter in a skillet (I use an enamelled cast iron pan from Le Creuset) over moderate heat, then add half of the batter, spreading evenly to cover bottom. Cook on medium heat and turn pancake over with a thin heatproof spatula, until golden on both sides. 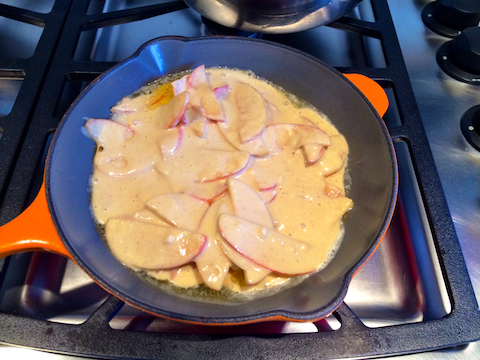 As you notice, no rising agent (baking soda or baking powder) is used. I also do not add any sugar, and prefer to add a tablespoon of maple syrup (grade B or, even better, grade C) to the pancake on the plate. 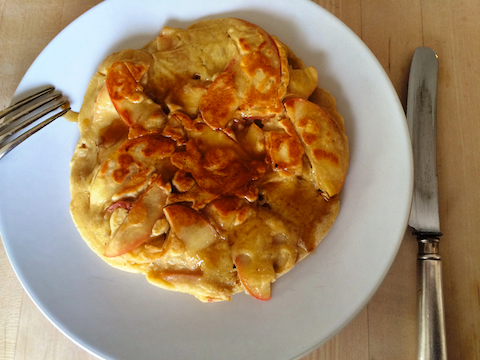 Truffle (fungi) – Wikipedia, the free encyclopedia
The record price paid for a single white truffle was set in December 2007, when Macau casino owner Stanley Ho paid US$330,000 for a specimen weighing 3.3 lb, discovered by Luciano Savini and his dog Rocco. One of the largest truffles found in decades, it was unearthed near Pisa and sold at an auction held simultaneously in Macau, Hong Kong and Florence.

That’s one strange recipe for Carbonara. It sounds disgusting, but I haven’t tried it, and I am not supposed to diss something I haven’t tried. But come on! Cream? Seafood? Emmental cheese? It’s a joke, right?

Here is the recipe I use.

And then there is this video of the German band Spliff performing Spaghetti Carbonara in 1982. (((check out how the bass solo is drowned out by the guitarist tuning. funny!)))

Top Kitchen Toy? The Cellphone – NYTimes.com
Mr. Cosentino said that he sees multifunction devices like the iPhone as the real technological revolution for chefs.

“You’re never going to get a chef to sit at a desk or a computer screen all day,” he said. “But I can take this to the farmers’ market, I can take it to Italy, use it as a camera, look up the history of dishes so I can brief my servers, and make voice notes while I’m cooking,” he said. “And then do I use it to play the Macarena in the kitchen and drive everyone crazy? Yes, I do.”

A County in China Sees Its Fortunes in Tea Leaves Until a Bubble Bursts – NYTimes.com
MENGHAI, China — Saudi Arabia has its oil. South Africa has its diamonds. And here in China’s temperate southwest, prosperity has come from the scrubby green tea trees that blanket the mountains of fabled Menghai County.