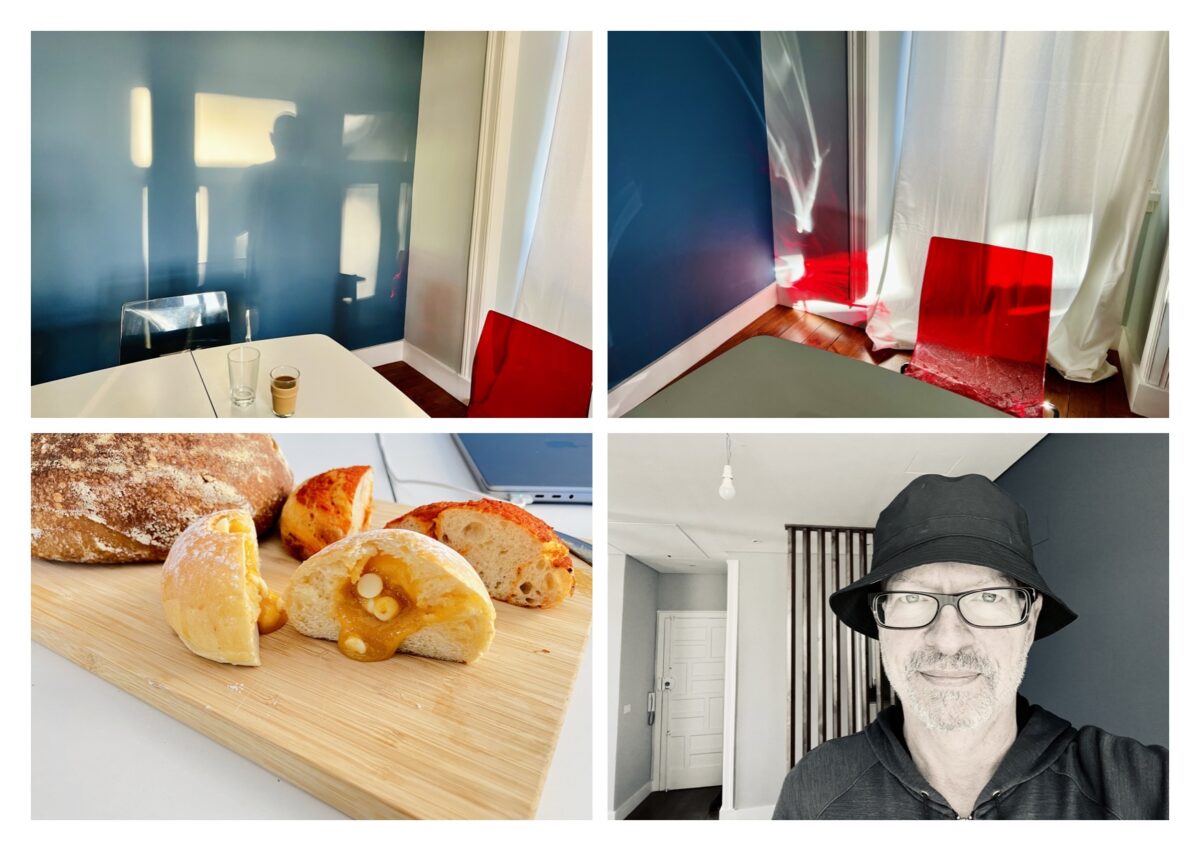 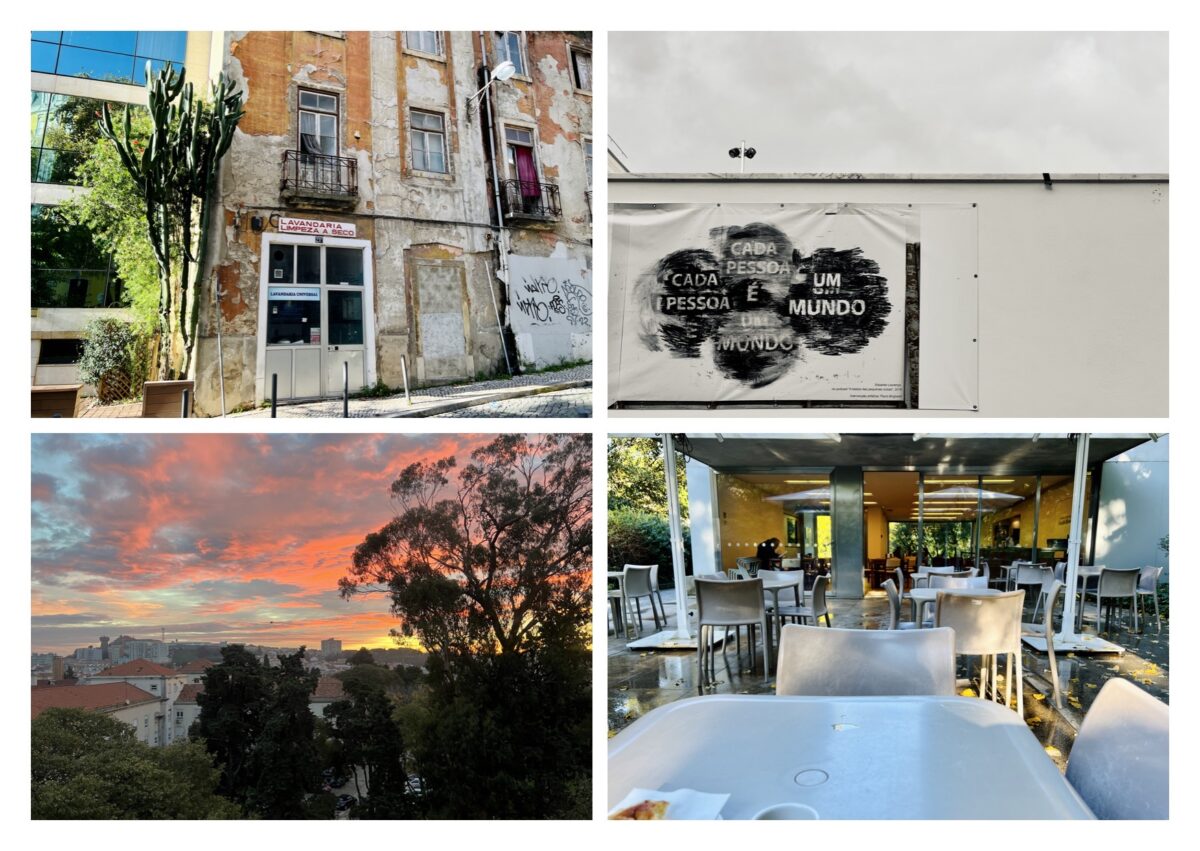 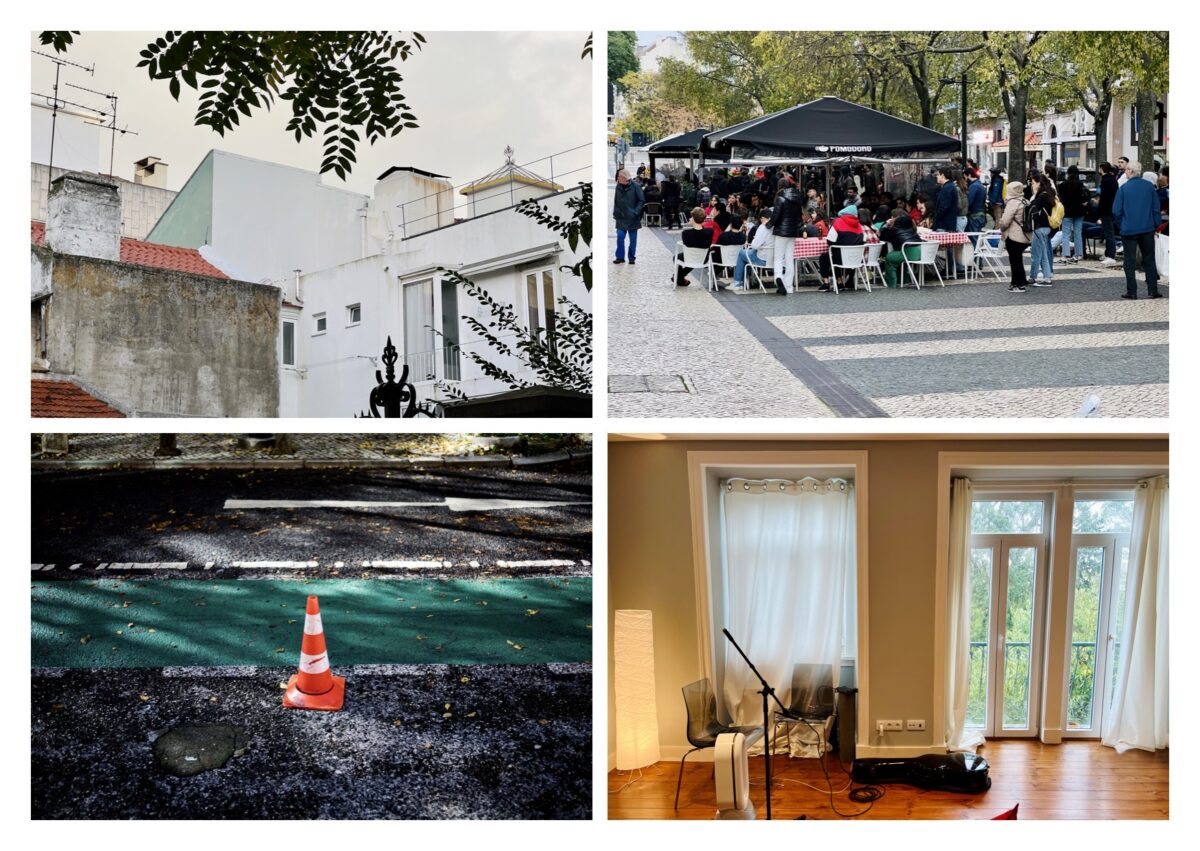 Do you like postcards?
I have been using a service called MyPostcard to send cards to friends. Easy and quick to create and they arrive in a timely manner. On one hand it’s more paper, on the other hand the postperson gets to deliver a smile rather than exasperation from too much junk mail.

In the evenings I sometimes pass a hotel, located on the corner of an intersection. Large trees line the street and three of them stand in front of the hotel. Birds congregate in those particular trees, as one can hear because they are the only ones from which their chatter spills. There are lights mounted on the hotel that shine against the warm yellow walls, creating a pleasant indirect light. Birds pick those three trees to meet in, nightly, as if they were a public house for birds. And why wouldn’t city birds pick three pleasantly lit trees to meet in, after a long day of searching for food. The Three Tree Social Club for Birds. 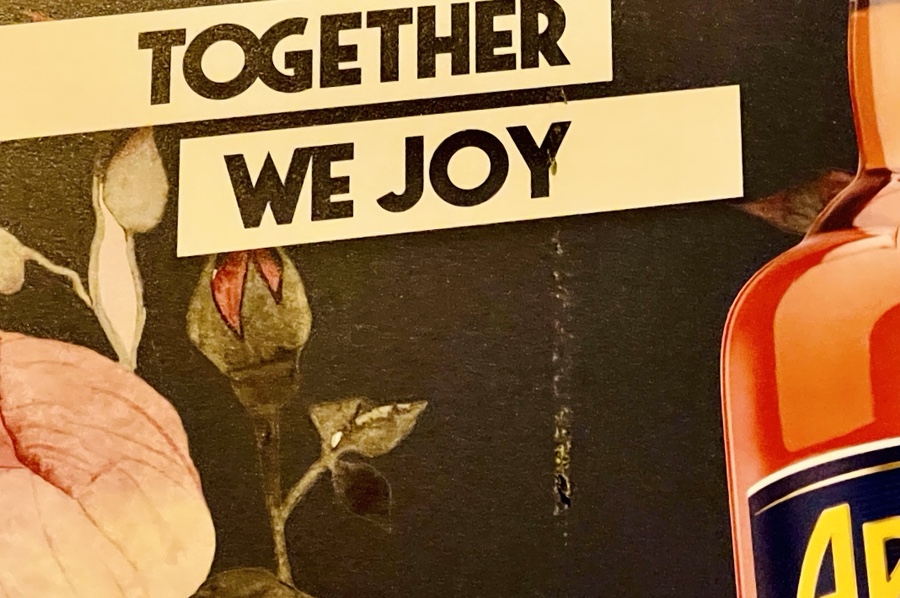 Yesterday evening I walked to Jardim da Estrela, a lovely park with the tallest cacti I have ever seen, and lots of great big trees. After sitting on a bench beneath a tree, collecting my thoughts and enjoying the view, I walked East and South to Time Out Market, where I saw this poster. My next destination was the nearby Dahlia, where I had dinner. By the time I arrived in my flat I had walked just under seven miles.

Together we joy, ja?!
Let’s joy together! 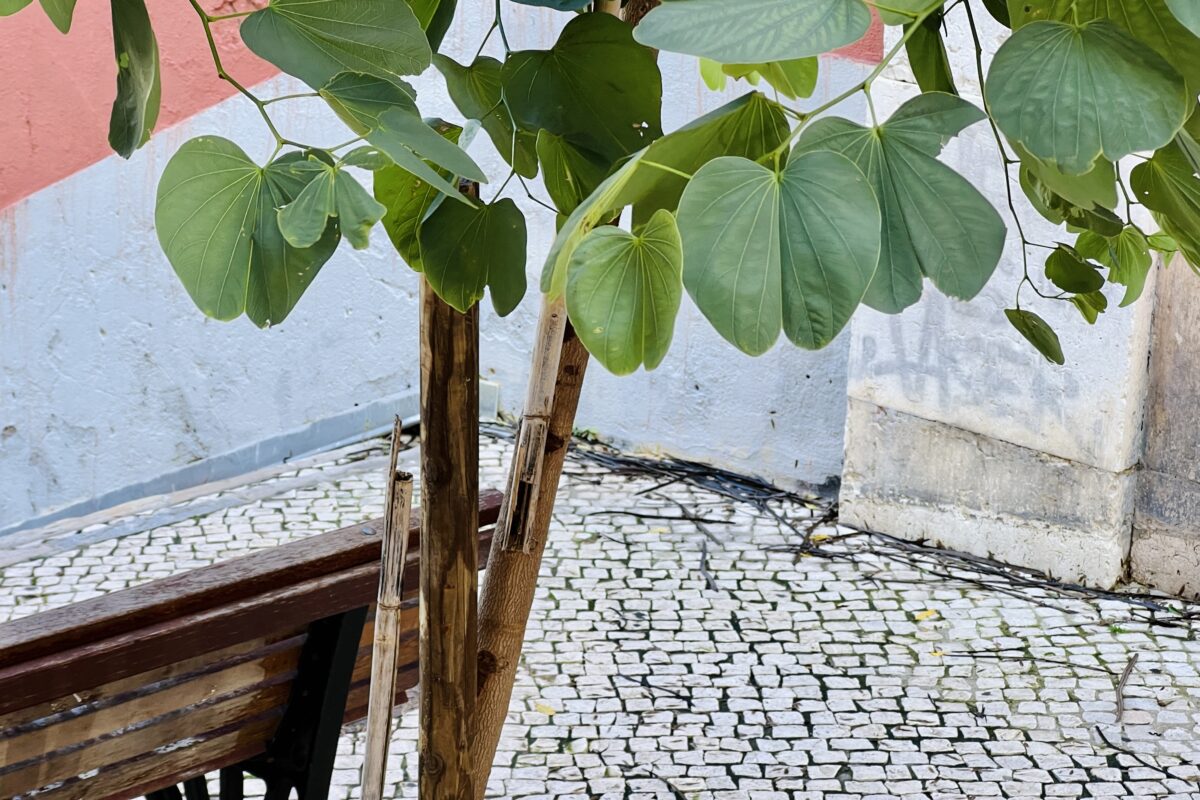 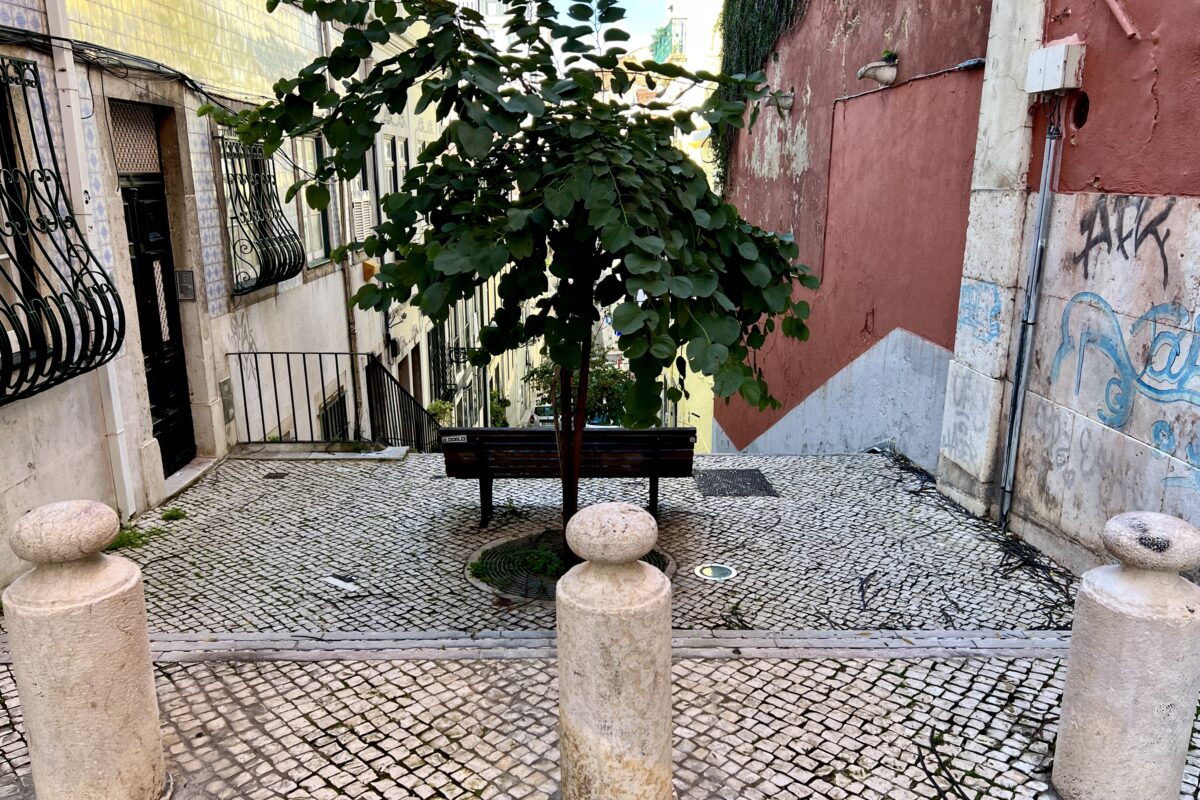 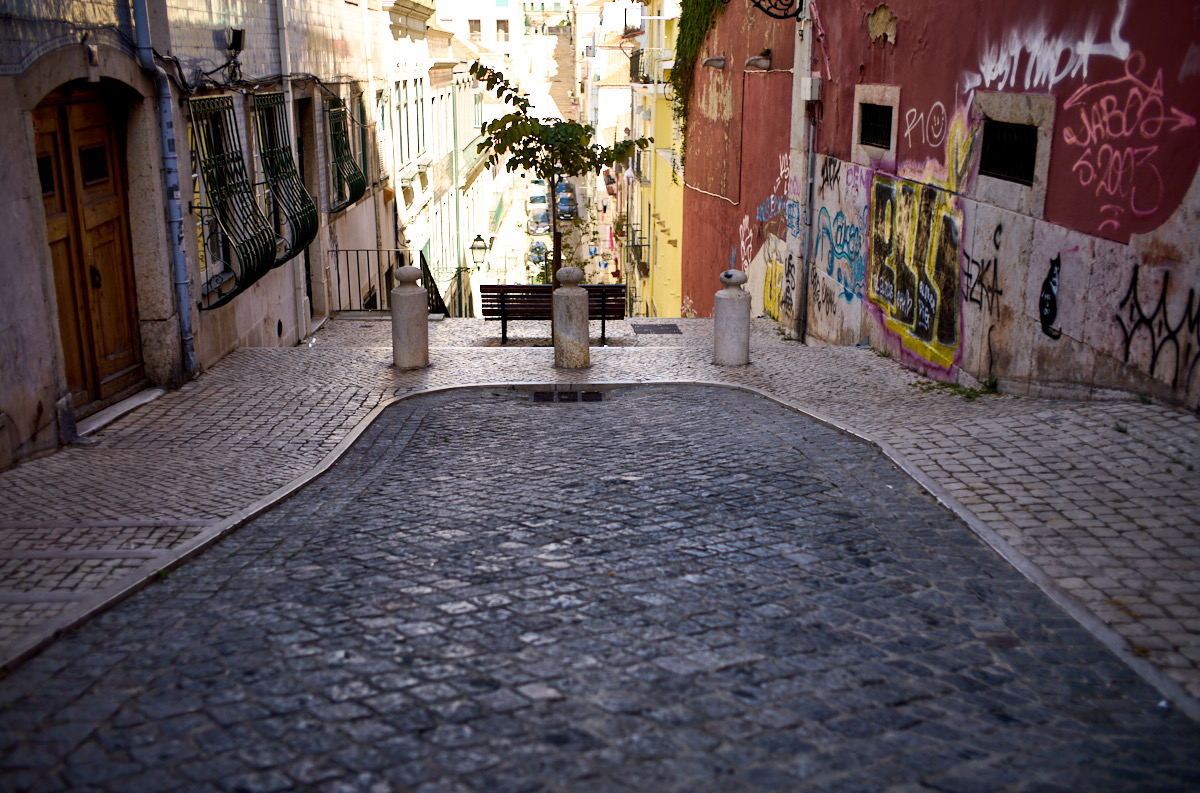 Visited a tree and was happy to see that it was doing well. The photo that was taken from the greatest distance, is from July. The other two were taken this month. It may be a Bauhinia, also called Orchid Tree, and should look spectacular when it flowers. The growth is obvious and, as if to prove itself, the tree broke the bamboo stick that was put in the ground to steady it. I look froward to keeping an eye on this one. 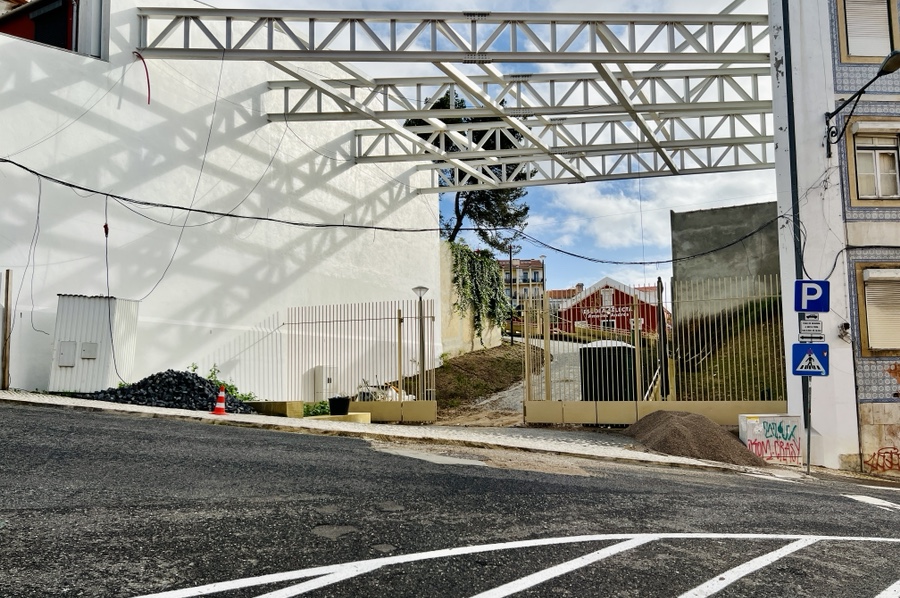 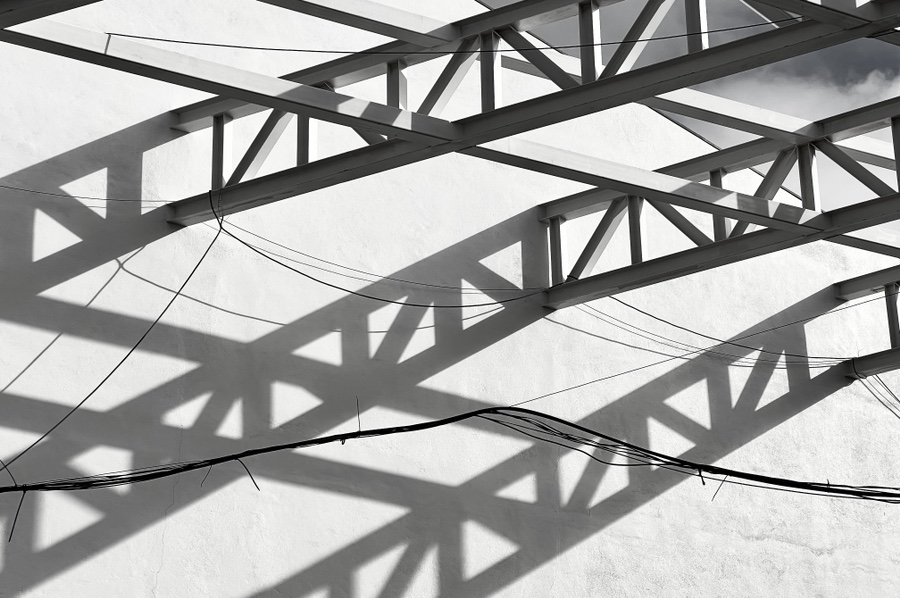 It rained in the morning but cleared up in time to walk to lunch. Afterwards I discovered a different neighborhood, just following my nose. The light at this point was amazing, as you can see from the two iPhone pics above. And once again I thought that should have taken my camera along. But it was nice that could get these phone pics.

Just received this message and feel like a Alfacinha now:

Heavy rain in your region in the next 24 hours. Strong winds. Risk of flooding. Stay alert.

All is well so far. I live on the fourth floor, which is the third floor according to European counting, and I don’t have to worry about flooding as much as about the roof staying on. Just ventured outside to pick up a few groceries. It’s raining and warm, about 6° warmer than it had been.