Some cities are essentially flat, take L.A. or Houston for example, some are flat but build high, like NYC or Tokyo, others, usually the ones that are built on hills, use that extra dimension to stack houses in interesting ways. Lisbon is one such city. Being over three millennia old helps because there is the additional layer of time, as people build on the ruins of older buildings. While many American cities look like a regular chessboard, Lisbon looks more like Startrek Chess. 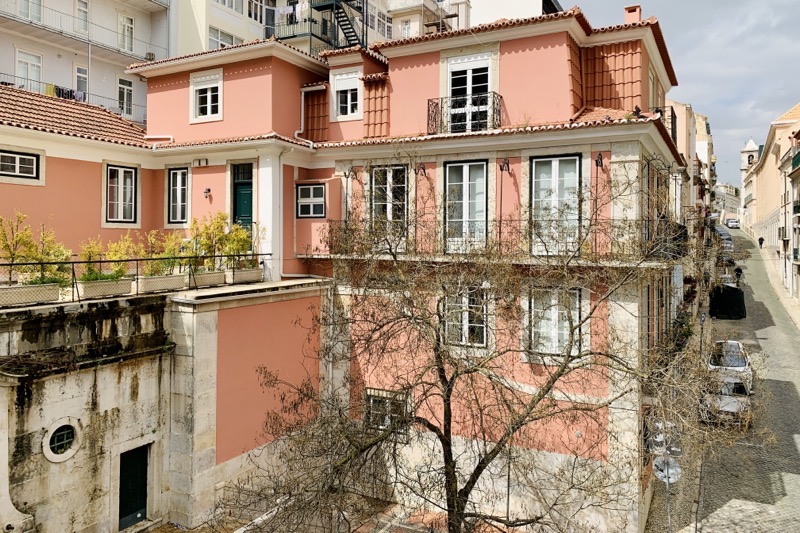 The first floor is on one street and the third floor has an entrance from the cross street. In Lisbon this isn’t unusual at all and I have photographed many examples of this, because I find it fascinating. I imagine it makes an architect’s job more challenging. In this next photo you can see a pool and a playground on top of houses. 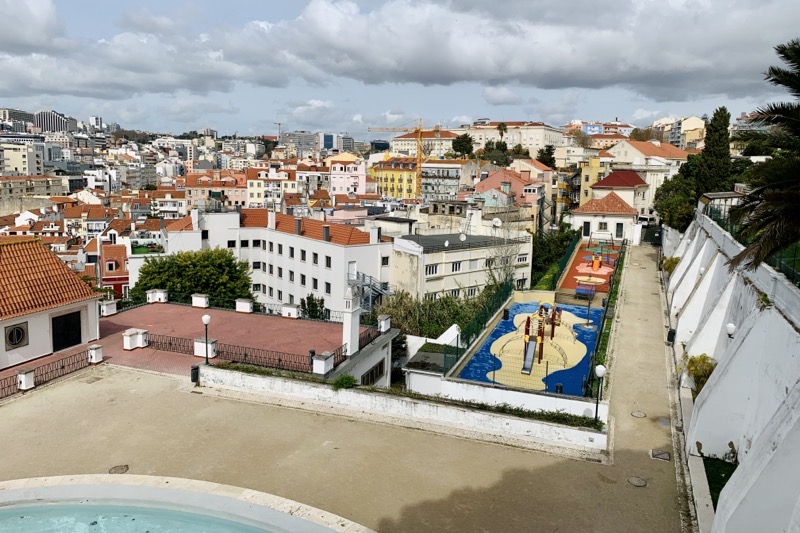 I imagine builders in Lx are very good at making solid foundations and strong walls that can hold back the gravity of a hill that carries another building. 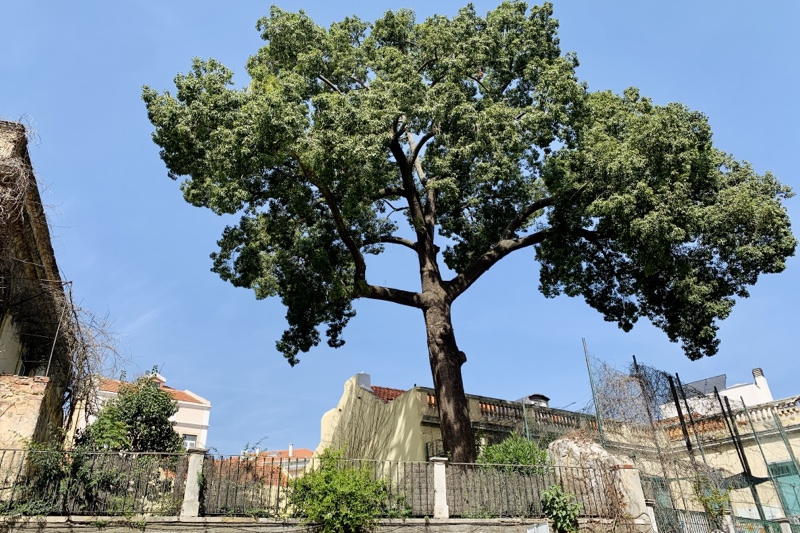 Tree on a roof. 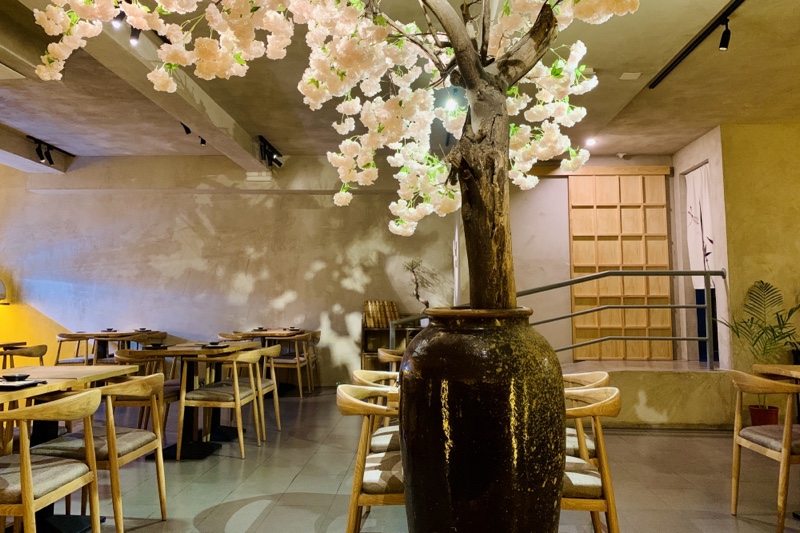 I love the shadows on the far wall.

It can be a good thing to be out of sync with the local customs. I am used to eating dinner between 1730 and 1930 (5:30-7:30PM), which became a habit because on tour I had to eat about an hour before show time, but in Lx (a common abbreviation for Lisbon dating back to when it was written Lixboa) people won’t even think of dinner until around 2000 or 2030 (8-8:30PM) at the very earliest. As a result I can go to any restaurant without a reservation as long as I show up around the time they open, which tends to be between 1900-1930.

This week, while exploring the neighborhood, I discovered a Japanese restaurant. I noted that it would open at 1900 and that’s when I showed up. I was the only diner for half an hour and by the time I left, around 2000, there were only a handful of people there. I don’t mind an empty restaurant at all. I feel that I am there for the food and not for the social aspect.

What I noticed was that the music all seemed eerily familiar. I discovered that there is a huge, huge catalog of restaurant-friendly (?) Bossa Nova or Jazz versions of pop and rock songs. At the Japanese restaurant I heard this version of Wonderwall by the Bossanatics. The next song was a cover, too… they were all covers.

Yesterday I went to another restaurant when it opened at 1930. I was told they were booked solid. I smiled my best smile and said I am a fast eater. I was seated and enjoyed a very nice dinner. The room was still empty when I left at 2015. And the music was all covers, again, so it must be a trend. The question is whether this is a local Lx trend or, more likely, something that is happening everywhere. There is a certain joy in the recognition of a cover, especially if it has been changed quite a bit. Perhaps it’s those little moments of joyful recognition that the restaurants are exploiting. Have you experienced this trend, too?

Although perhaps not as restaurant-friendly, even Jazz musicians are getting in on the game. Here is Wonderwall by pianist Brad Mehldau. 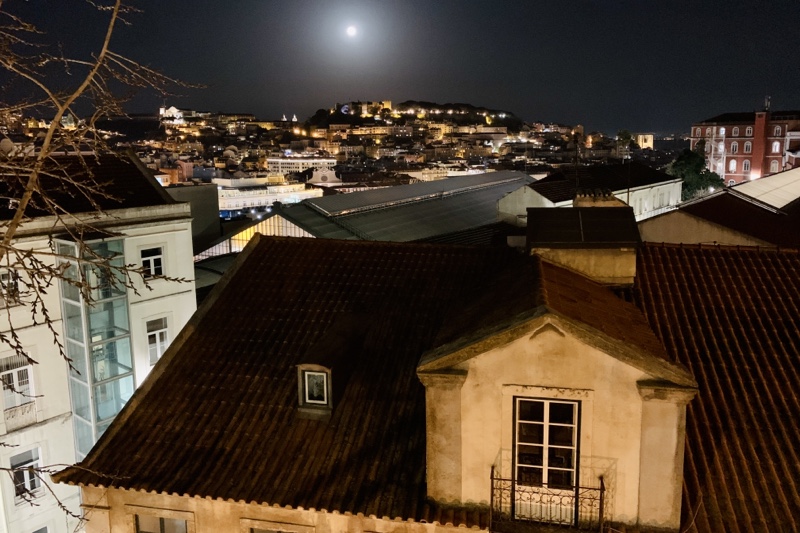 Returning from dinner I walked around a corner and saw the moon. 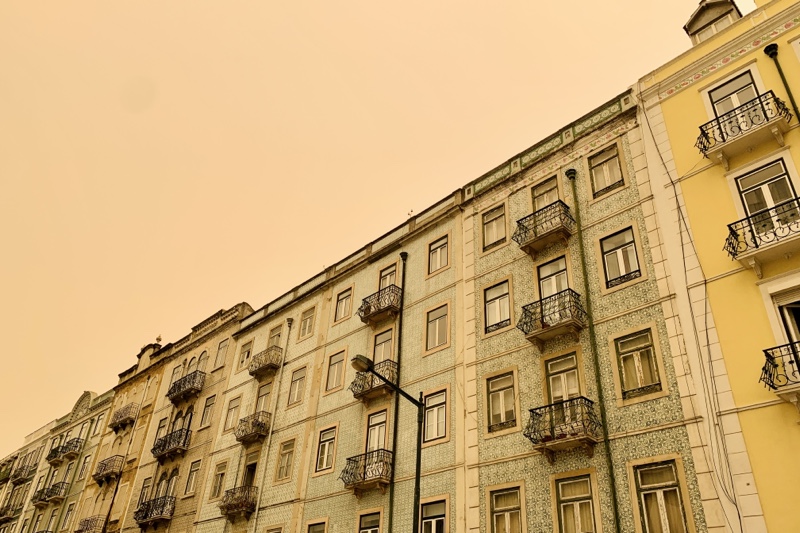 That was the color of the sky yesterday. A fine layer of dust clings to cars and windows and I even noticed it sticking to my coat. Maybe it’s Sahara dust. 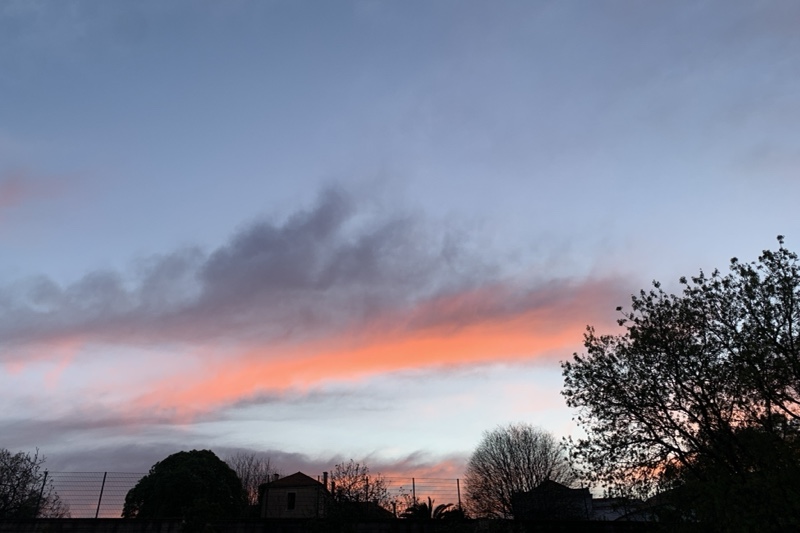 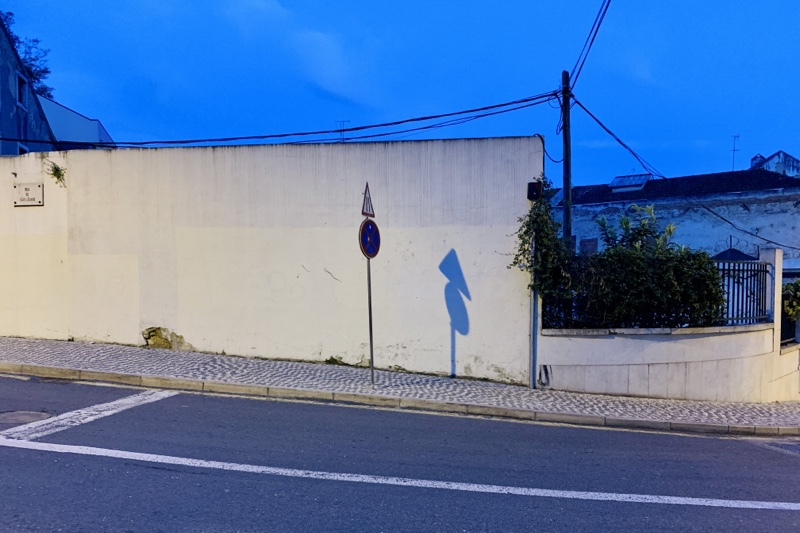 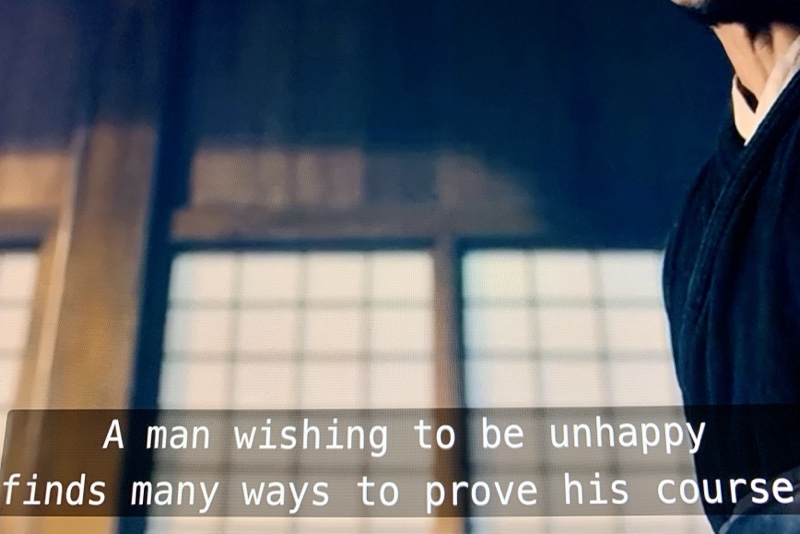 Isn’t that the truth.