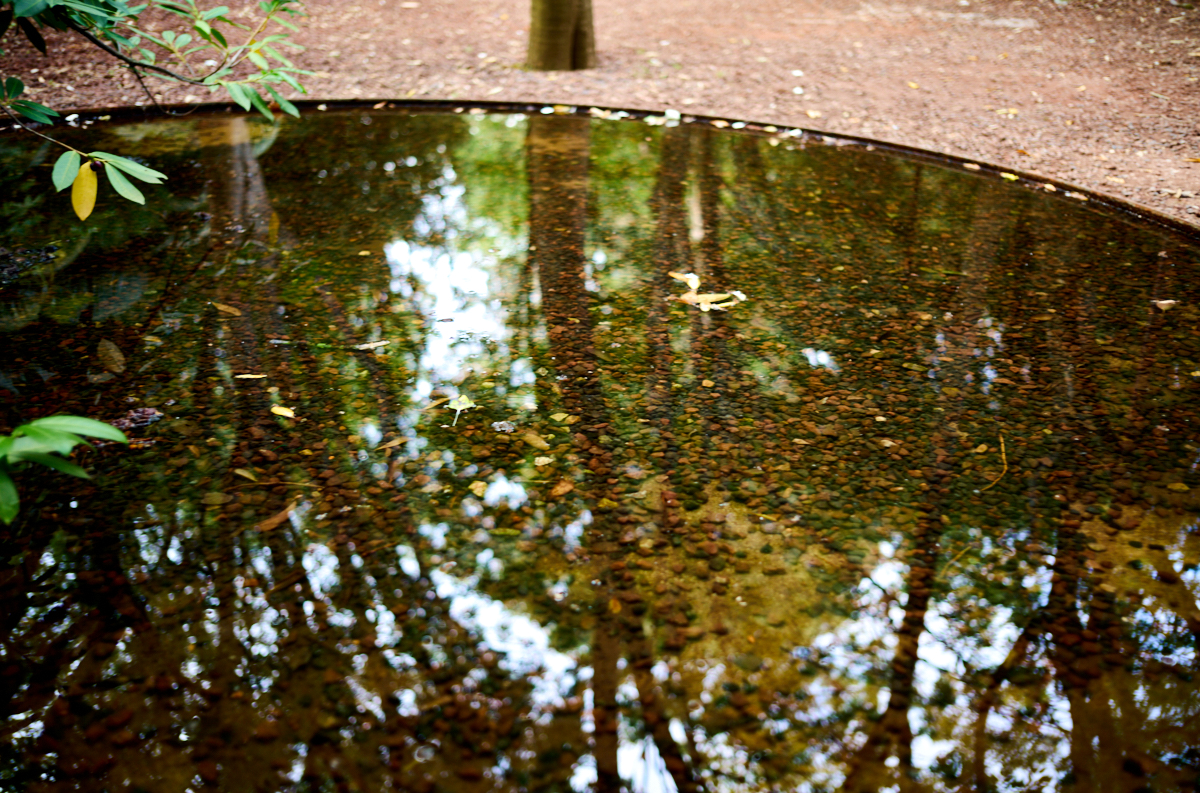 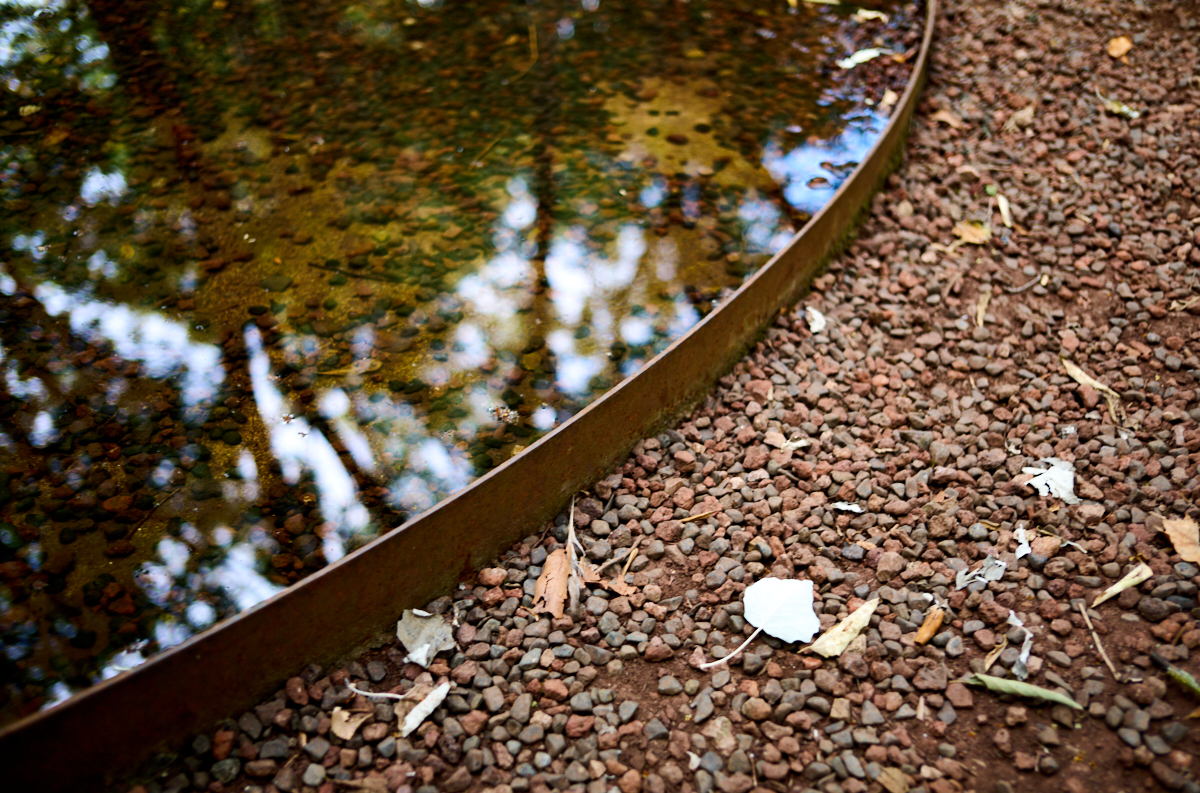 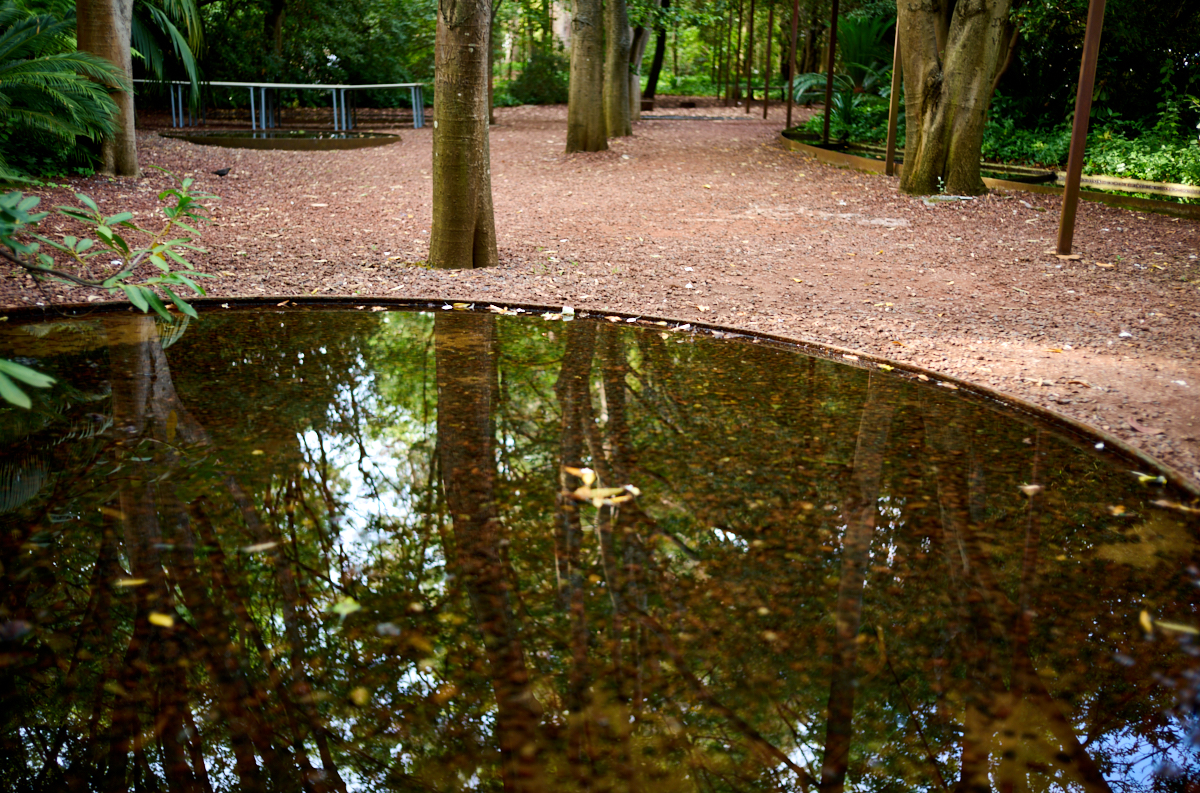 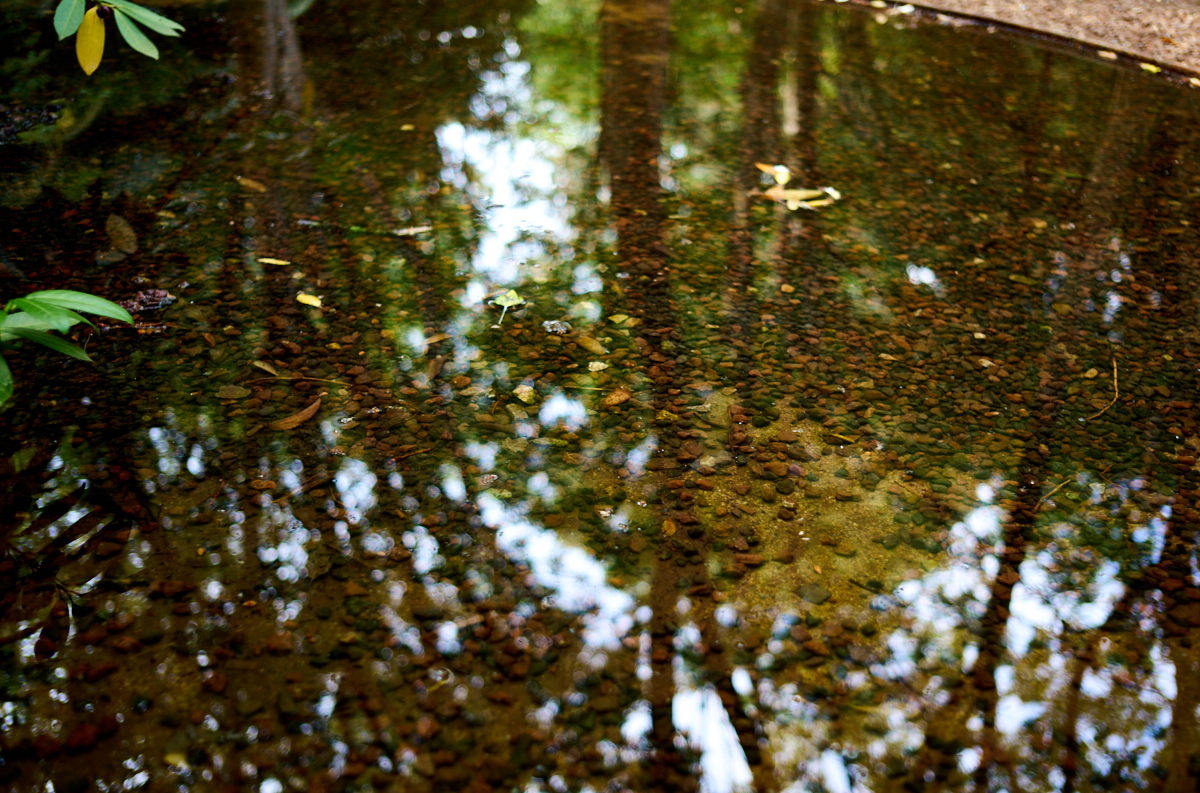 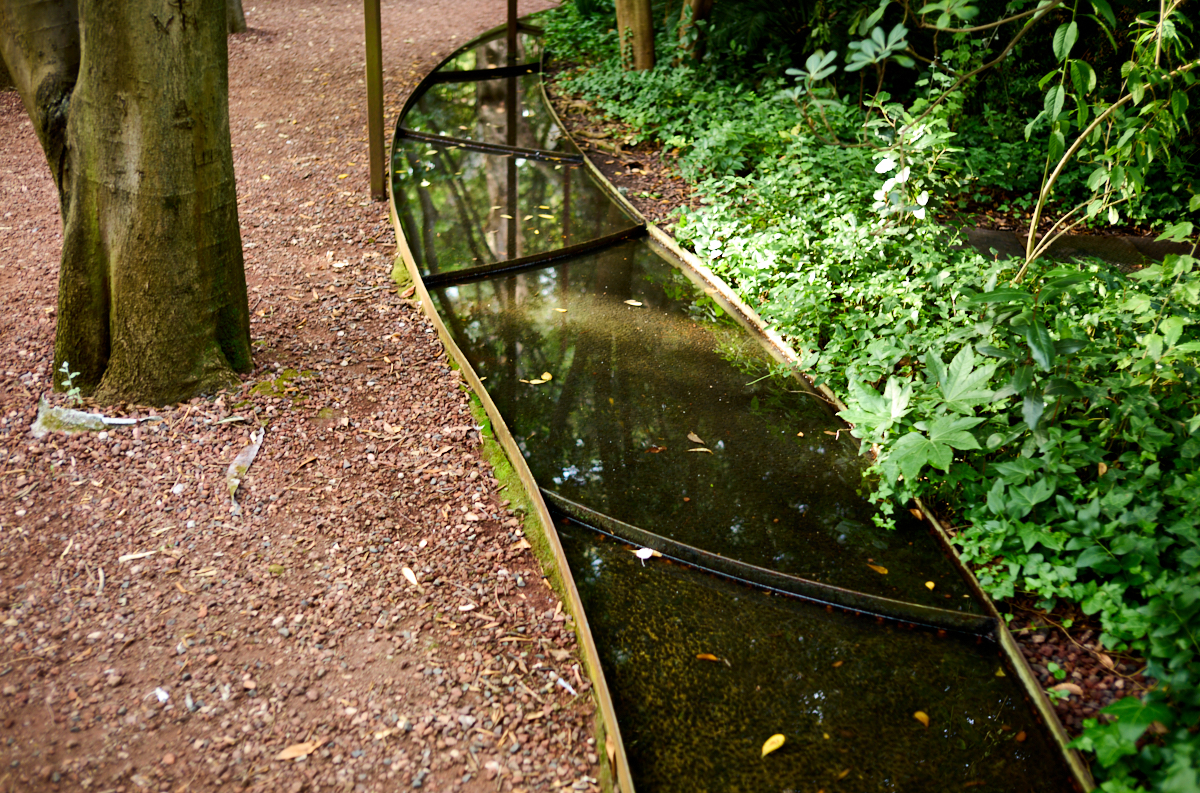 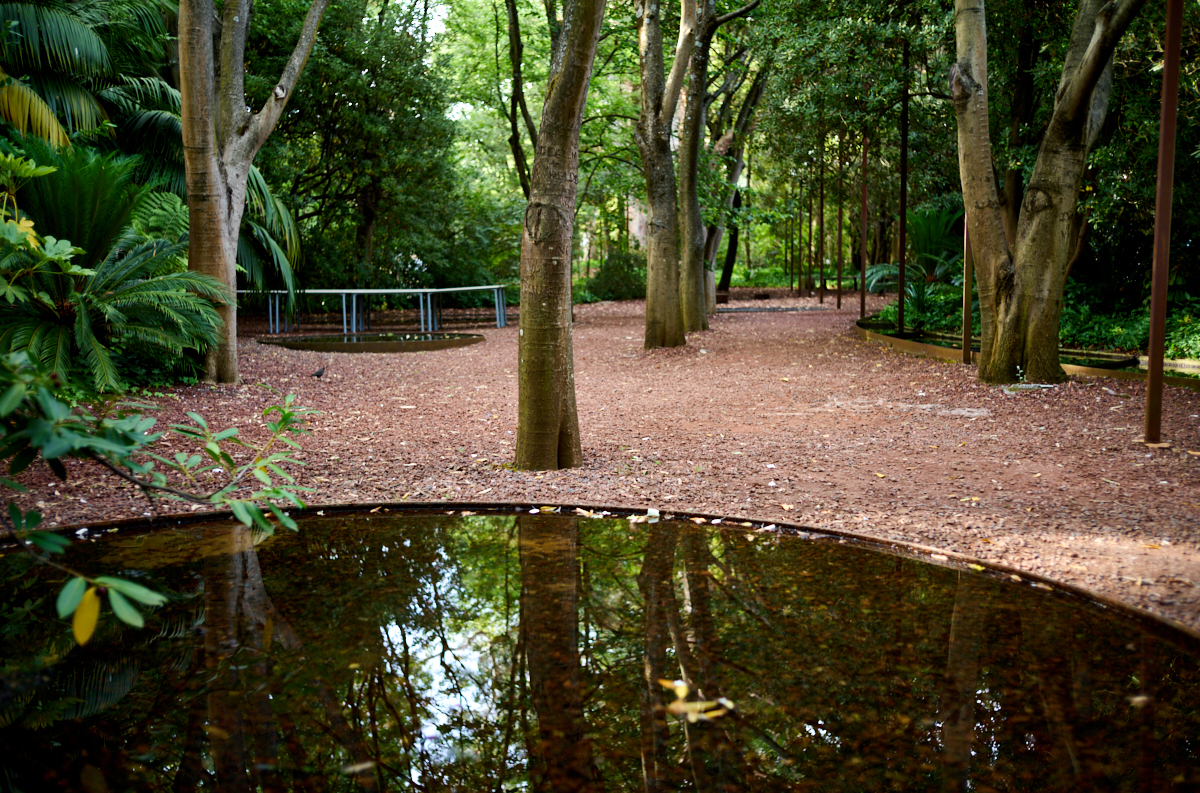 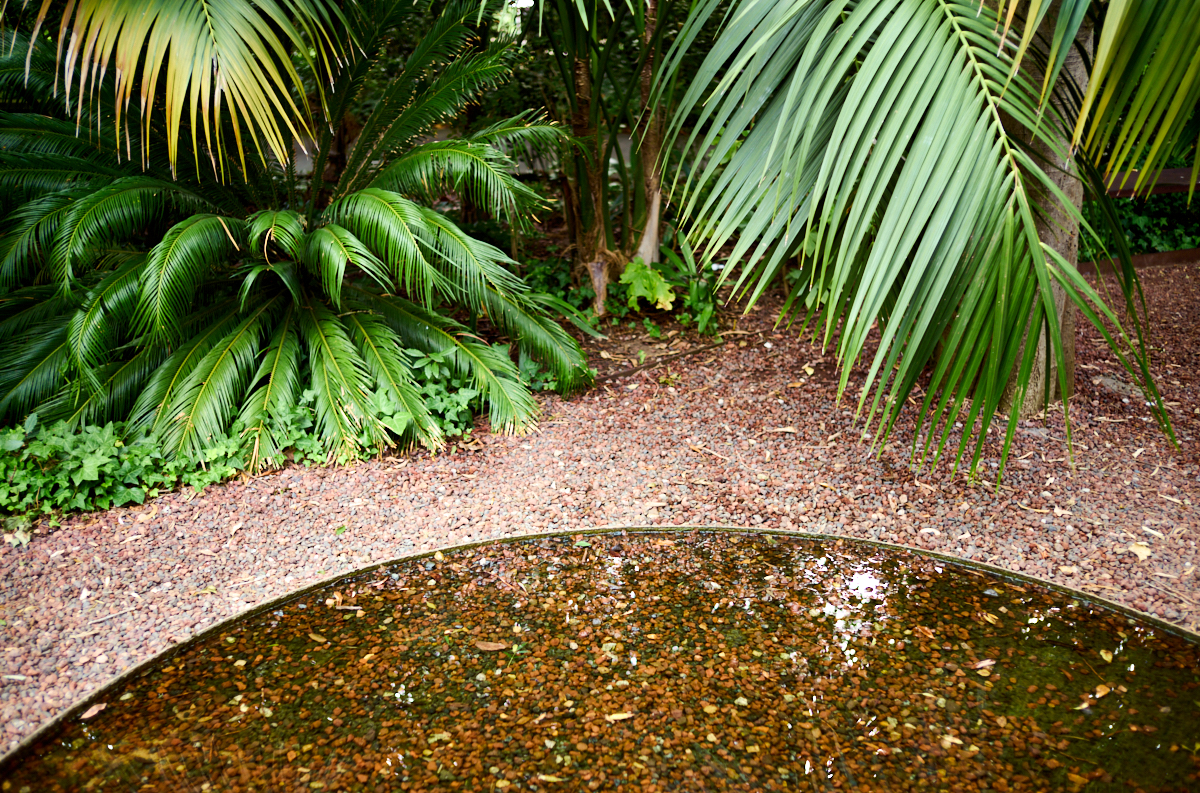 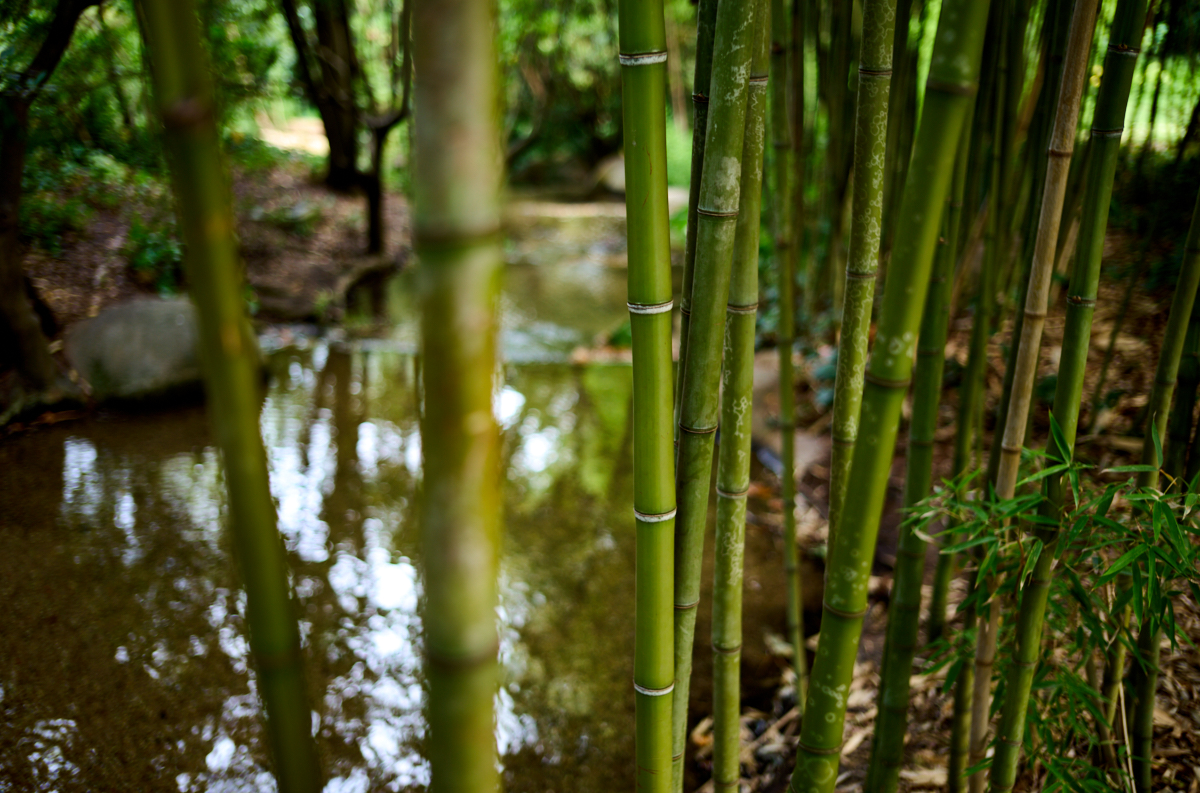 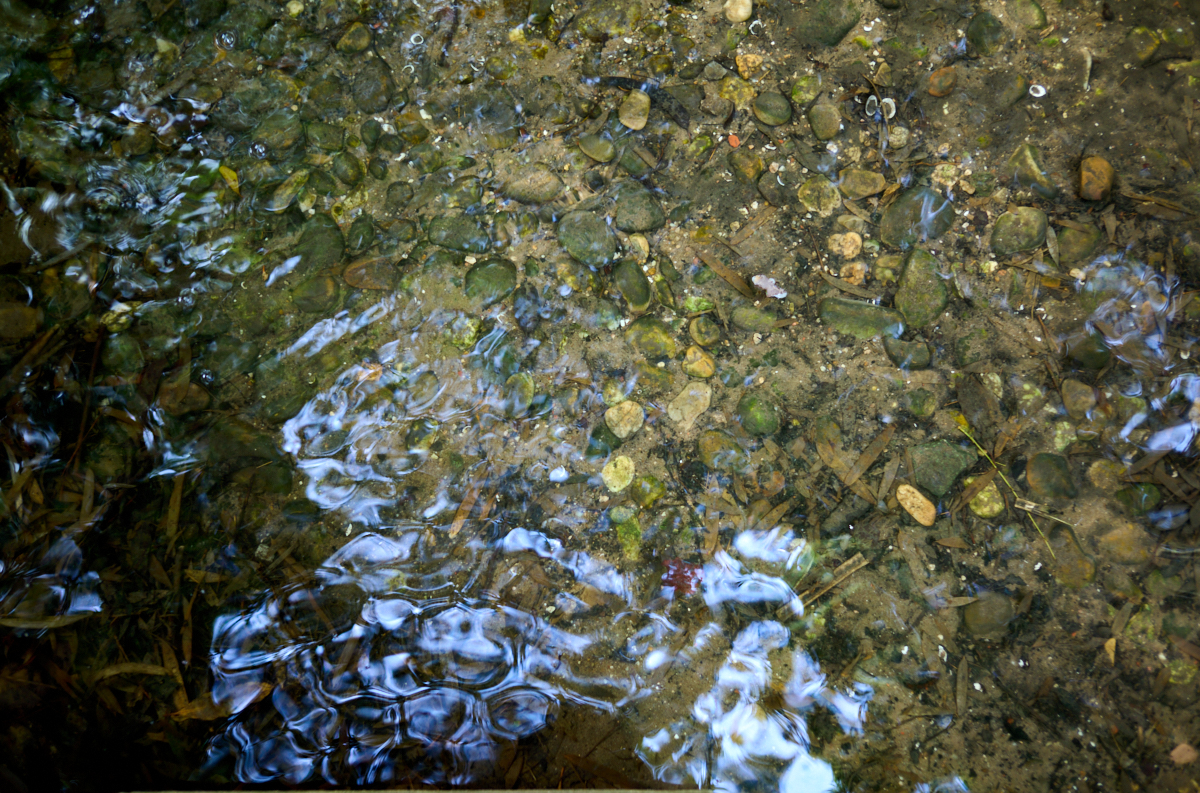 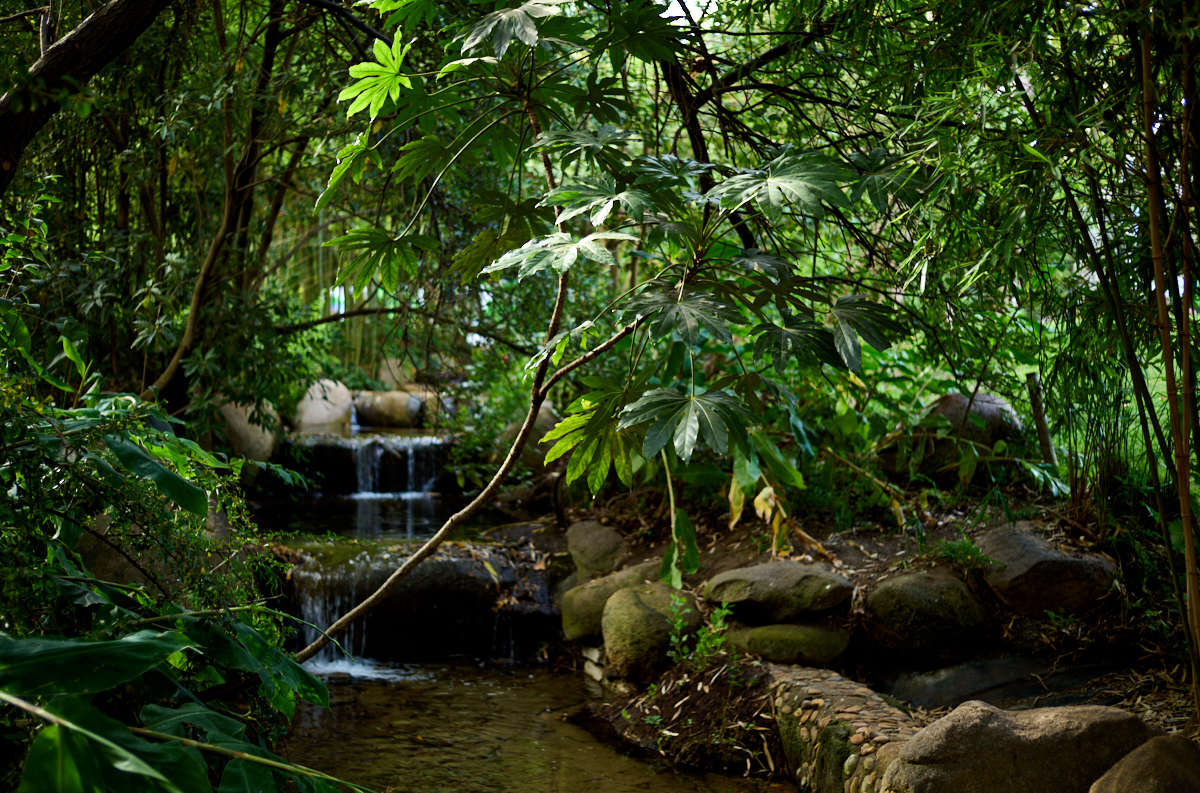 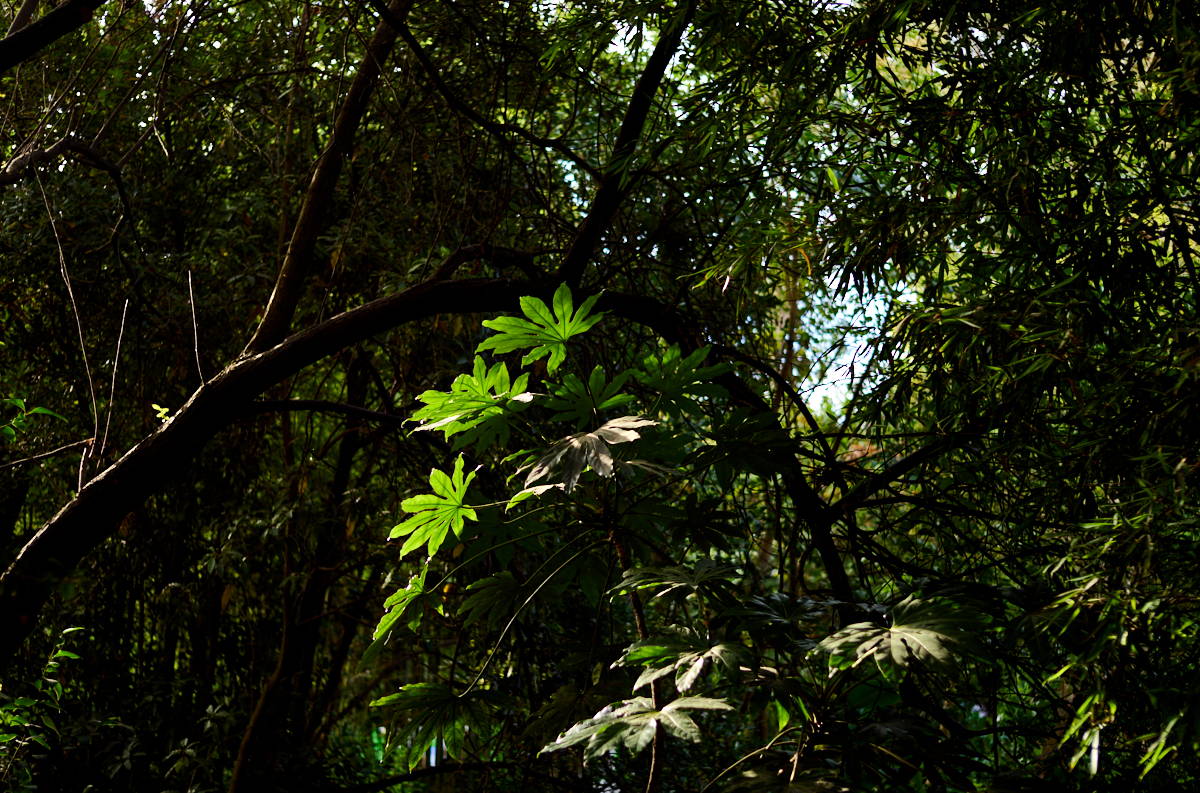 This morning I found myself across the street from the Calouste Gulbenkian museum. Figuring the museum would open at 1000 I almost went past when I noticed that the garden gates were open. I walked in and spent a while discovering this slightly overgrown park. It was cool under the canopies of huge trees. There was bamboo, and stone steps that led across water, and lots of benches hidden behind bushes. Lovely.
BTW, if you want to see any of the images larger just right-click or control-click on that one and select open image in new tab. 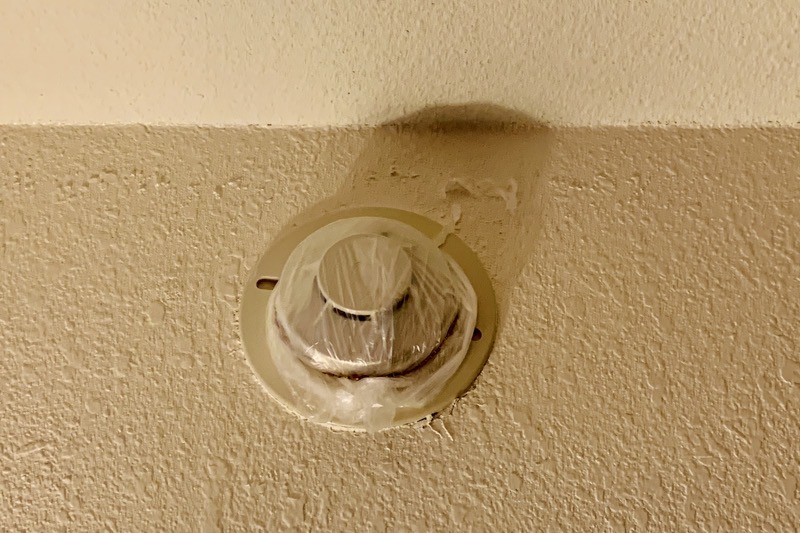 I wonder how many posts I titled Monday Morning since 1994…
Click here for the answer. 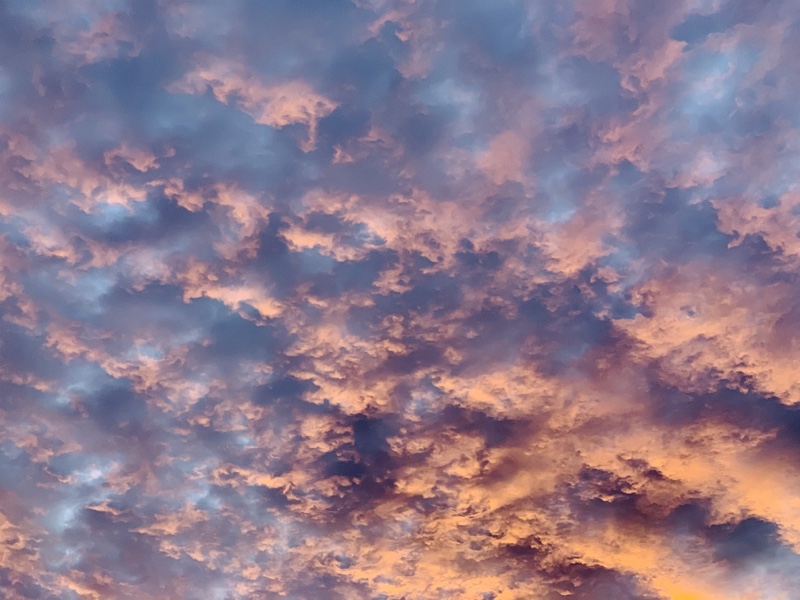 The sky was spectacular as I set out on my four mile walk this morning. I listened to the new album in the sequence of tracks I had settled on and loved everything I heard. Well, except for one little thing that I will investigate today. Today I will pick imagery for the album cover. Because this version of vision 2020 will be called the Lockdown Version I searched my catalog of about 25,000 photographs for images that looked through windows at the outside. I also came across a photo of a birdcage that I felt was very poignant.

Regardless of the title and the time this music was created in, I find that it is upbeat and hopeful. How did Roshi Joan put it?

I am not an optimist nor a pessimist. I am hopeful.

And now I will have breakfast: 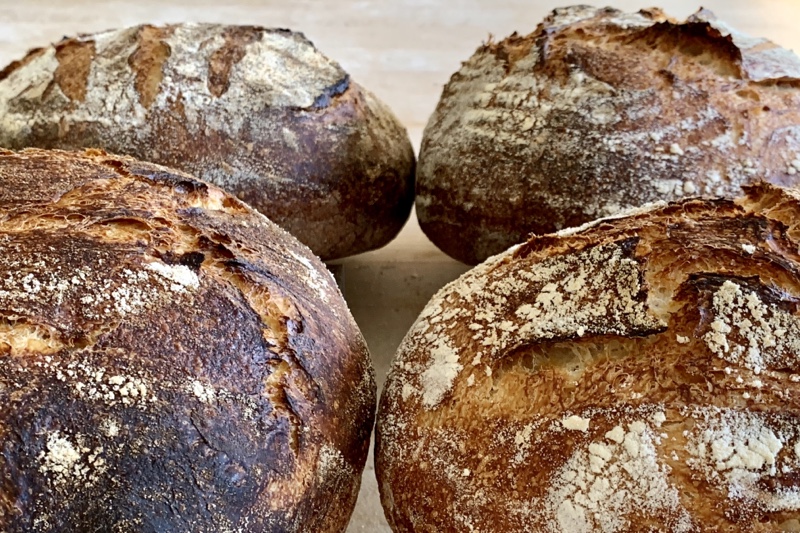 I decided I didn’t want to go out there this morning. It snowed overnight and threatened to snow more. The sky was the color of the ground, white. 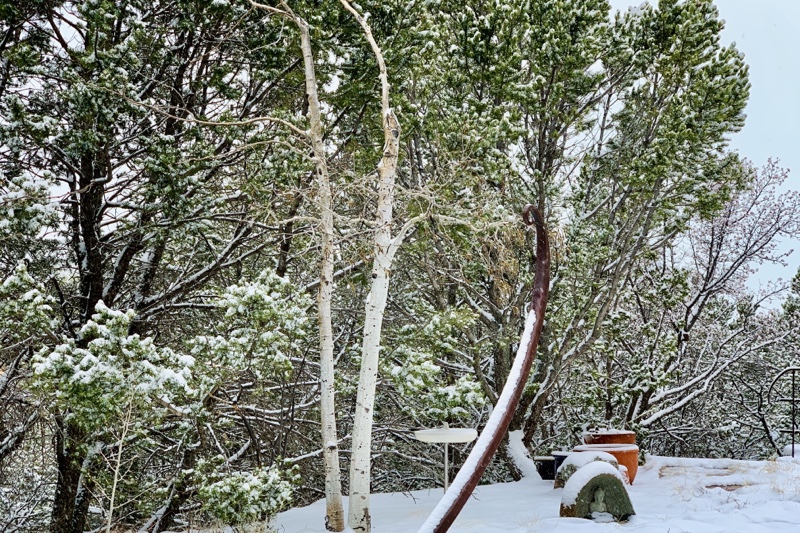 I messaged with friends instead. One friend, in California, sent a video of her rescuing a swarm of bees. She was sitting in her car, wearing bee-protective gear, with a loud swarm of of bees in a couple of boxes on the back seat. Then she sent a video of her rescuing a goat that had somehow strayed onto the street. Another friend, in Santa Fe, sent photos of a hawk and a wild turkey that decided to live on his street.

If only we would use this pandemic as a new beginning. Have you seen the photos from around the world that show sights that hadn’t been seen in decades? Mount Everest in the distance, long obscured by pollution. Vistas that had been hidden by dirty air. Maybe we should not go back to business as usual. Perhaps this should be a new year zero.

Thoughtful article regarding nuclear power in the Guardian. It’s not new, but I only got around to reading it this weekend.

Burning coal is certainly not the answer, because of the environmental damage it causes. I think what’s needed is a portfolio of energy sources, a mix of new nuclear plants and as much renewables as possible. I also think energy production needs to be de-centralized and homeowners must be given incentives to install wind and solar electricity production, and if that doesn’t inspire people we will need laws requiring self production of a certain amount of the energy one uses. Like with so many things, there is no quick and perfect single solution, and certainly not one that requires no involvement from the public at all.

Dropped my Negra off this morning for a fretboard overhaul – been playing the guitar for about nine years now and it’s time. Then I dropped off my laptop to have the failed system drive replaced with an OWC SS (flash) drive. It is supposed to make a startling difference to have a solid state drive in a MacBook Pro. I’ll let you know whether that is true… Hopefully I will get the computer back on Thursday, so I can upload the photos I took with my camera – as opposed to the images I captured with my phone.

Now I’ll restring my Blanca with the new Flamenco strings from D’Addario. This will be my first time trying them.