Thursday evening I watched a documentary called Jean-Michel Basquiat: The Radiant Child (IMDB). This morning I reflected about artists and their position in society. I remembered this old “rant” from the Nineties. You can find it in this website’s archive. Link

In the fringe is where everything exciting happens, never in the center. Cultures are like spinning circles. In the center they don’t move very much, that’s where the traditionalists live, the conservatives. Towards the rim is where the action is, that’s where the artists hang out. Life is a little more out of balance there sometimes and the spinning can make you dizzy there. What is most exciting is that many of the culture circles overlap and if you can stay in a spot where several things overlap you can find new clouds of ideas. Ideas are not bound to any individual, there are bound to a time. Many people in that spot will come up with similar ideas. Sometimes this cloud of ideas forms a new circle and the center of it hardens and becomes a new tradition. The longer it can remain liquid the more alive it will remain. Life is change.

I may have arrived at this analogy through experiencing circular, rotating stages. My first experience of a rotating stage was at the Celebrity Theater in Phoenix, during the 1990 Basia tour. The stage is 30 feet in diameter and completely round, exposed to the audience on all sides. It turns four revolutions at a speed of up to half a revolution per minute, allowing everyone in the audience to see every part of the stage during a performance. Sitting, or standing, near the center of the stage one barely feels the movement. At the edge of the stage, however, one experiences around 12 mph of movement. That’s the number I remember…

The image of cultural elements as spinning circles works, I think. We all exist on multiple circles. Some of us are only comfortable in the center of each circle, a few need to be on the edge of each circle, but most of us, I suspect, live a mix of positions. For example, a person might prefer the center of the circle IRL but be a badass risk taker in video games. Looking at ourselves through the lens of this circle metaphor makes it easy, I feel, to examine our positions on many issues. Where are we too comfortable, where are we spinning out of control… etc.

(((Tangent: I wonder whether the human population had to reach a high number – a number that is clearly too high to be sustainable – to have a sufficient number of people on the edge who can drive artistic and technological innovation. How would this be seen by an older species on a distant planet? In the history of the universe do species have to come close to self-destruction to get a chance of reaching the next level? How many reach the next level versus how many perish?)))

I am fascinated by the idea that something can look very different depending on where we stand. There is the old story of freaking out in the middle of the night because one sees a snake in the bedroom, but after turning on a light one realizes immediately that it was just a rope. Then there is the Tao Te Ching, that 2,500 year old book by master Lao. (((Lao Tzu or Laozi… Tzu or zi means master… hence master Lao and master Chuang/Zhuang)))

I bought my first copy of the book in my early twenties and since then I have looked at many more. It has been translated so many times and all the translations are different! Some translations have been made by people who don’t speak Chinese, represented here by Ursula Le Guin and Stephen Mitchell, others by Chinese speaking folks who are not native English speakers. It seems that the text is some kind of diamond and the shape the diamond takes on depends on the angle of the light and the position of the eye that beholds it.

Are there equivalent works of art that you have looked at, or listened to, many times and which, over time, have changed for you?

Take a look at the first chapter as translated by four different authors.

Heaven and earth
begin in the unnamed:
name’s the mother
of the ten thousand things.

Two things, one origin,
but different in name,
whose identity is mystery.
Mystery of all mysteries!
The door to the hidden.

TAO called TAO is not TAO.
Names can name no lasting name.

Nameless: the origin of heaven and earth.
Naming: the mother of ten thousand things.

These have the same source, but different names.
Call them both deep—
Deep and again deep:
The gateway to all mystery.

The unnamable is the eternally real.
Naming is the origin of all particular things.

Free from desire, you realize the mystery.
Caught in desire, you see only the manifestations.

Yet mystery and manifestations
arise from the same source.
This source is called darkness.

Darkness within darkness.
The gateway to all understanding.

Both states appear simultaneously,
as Different manifestations of the same (Tao).

Profound upon profound,
They are the gateways to all mysteries.
– Wayne L. Wang 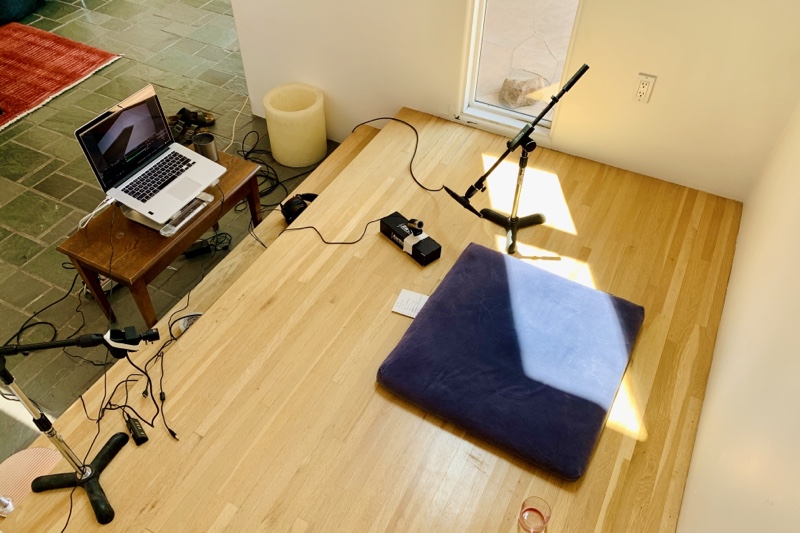 When in doubt, restart the computer! That’s what I did when I had audio problems at the beginning of the performance today. After the restart the audio worked fine. Maybe my struggle with equipment is actually a fun, or funny, segment of the broadcast?? I hope you stayed with me, because I think there were some nice moments of music after the restart.

Before the next live streaming performance, in four weeks, I will trial a couple of different software options. Maybe I’ll find something I can trust.

How did you like the older pieces I played today, like Surrender to Love and Heart Still/Beating? I hadn’t played Surrender in a long time… Maybe I can find some other pieces I haven’t performed in a while that I can play in four weeks.

A slice from this week’s bread. 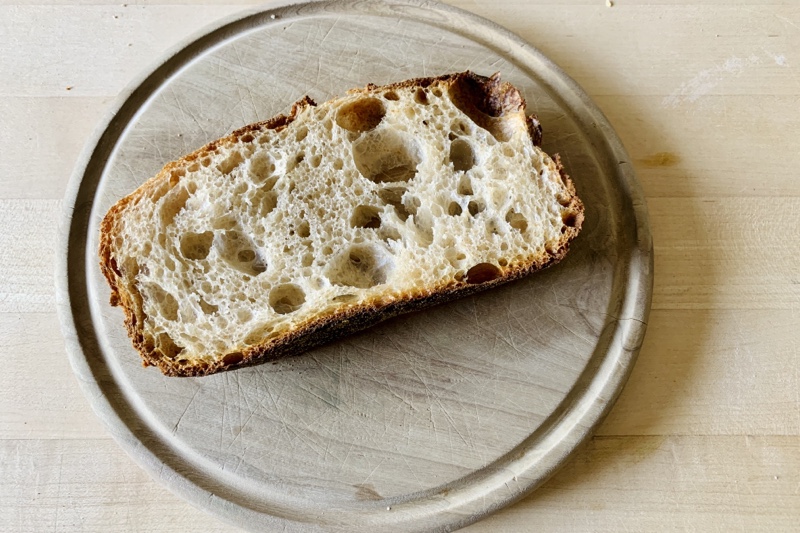 I realized that my recent obsession with balance should be fueled by reading parts of the Tao Te Ching. I have read a number of translations of that classic and each has a different tone, as if the object appears to everyone in a unique light. More on that later.