I was asked why the pieces called “Haiku 1” through “Haiku 4”, which can be found on the album slow, are so short. It’s a good question. I often assume the listener will understand my thoughts, however obscure they can be, and in my mind it was completely clear why the pieces were very short. :-)

The four pieces named “Haiku” are patterned after short Japanese poems called Haiku. This is a pretty good introduction to Haiku, but perhaps Yumiko will have a better suggestion.

Haiku (hy-koo) is a traditional Japanese verse form, notable for its compression and suggestiveness. In three lines totaling seventeen syllables measuring 5-7-5, a great haiku presents, through imagery drawn from intensely careful observation, a web of associated ideas (renso) requiring an active mind on the part of the listener.

My Haiku series from the album slow uses the same form as the poems. There are five sounds, followed by seven sounds, and then another five sounds. Between those lines are two brief pauses.

I should record more of these little Haiku pieces. 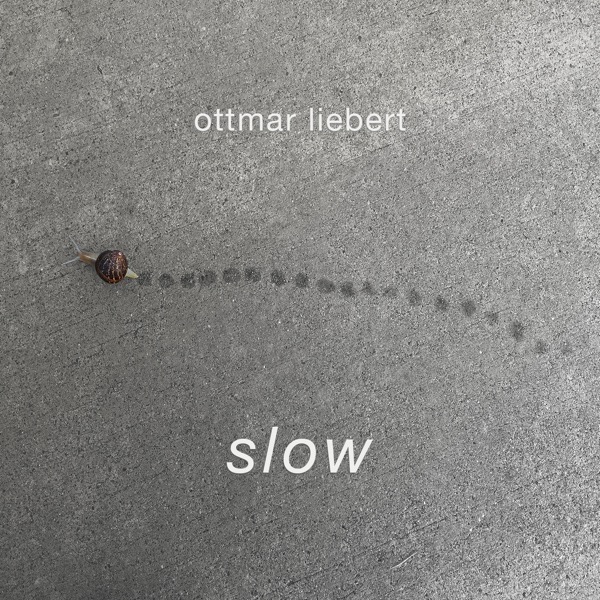 Playing this music softly will perfume the atmosphere, will improve conversation and calm animals. It will make for blithe plants and better growth. My favorite way to listen to this album is with headphones. Moving through a place or a landscape, this music becomes a soundtrack, movie music for one of those foreign films that allow a scene to linger instead of rushing through it toward the climax. The music on this album is equally suitable for lying on your belly and looking at blades of grass moving in the breeze, and standing in a full subway car watching humans sway from the undulations of the track.

I made all of the music on this album with one guitar and one microphone. The palette for the recording was deliberately narrow. Sometimes it reminded me of years ago when I recorded with a four track cassette recorder and had to make things work by improvising solutions.

Working by myself in the studio felt like writing a very personal diary. I recorded Elegy just days after Prince died, and other pieces promptly followed certain world events. I could tell you the source of each song, could tell you each emotion that went into a piece, and what stimulated that emotion… but I’d rather let you discover by yourself the music and the feelings it carries. That’s the beauty of instrumental music – like the description of a tree in a book that requires your imagination so that it can take form in your mind, instrumental music can take on different shapes and colors, depending on your experiences.

Sometime in 2015 I decided to record by myself, without the band, and that I wanted to create slow music. Later I discovered that there has been research into how a song’s tempo can change the listener’s heartbeat and blood pressure. Here are a few of the things I found:

“This tempo (60 Beats Per Minute) inspires our brains to release alpha brainwaves, which puts our mind in a relaxed state, according to research at the University of Nevada, Reno.” – Source

“For hitting the books, put on music that ranges between 50 and 80 BPM. Metro UK reported on a study from music service Spotify, which found that math students listening to classical music improved their test scores, while those in humanities found creative excitement in songs that were just a bit faster.” – Source 1
– Source 2

The tempo is expressed in BPM = Beats Per Minute (Wikipedia Explanation)

On the left side I recorded a Bossa Nova rhythm at half speed. It is full and rich, one octave lower than the normal guitar range. Slowing down the rhythm creates the feeling of walking through a bog, one’s shoes only slowly releasing from the mud. An octave melody opens and closes the piece, where I pluck the lower note with my thumb and play a three finger tremolo an octave above that note.

Lalo is a first name, Cura means cure in Spanish, but La Locura means the madness. There are two sections to this piece; the first is played solo and the second with multiple guitars. The “bass” is a guitar figure played at twice the tempo and then recorded at half the speed to lower the pitch.

The ending notes show an expanded range of the guitar, with some of the notes reproduced at half speed.

I’ve read a number of books of haiku, and have occasionally tried my hand at writing them, too, but recently I thought about what a musical haiku might sound like. I tried to follow the traditional arrangement of 17 morae, arranged in three lines of five, seven and five morae – a mora is a sound or syllable.

Is Tana blue, or it this blue her color? The English language is ambiguous in this case and no context is offered. The kick drum is the sound of a knock on the guitar, just behind the bridge, replayed at half speed to give it more bottom.

The arpeggios in the beginning are false harmonics, the bass is a guitar re-recorded at half speed.

While I slowed down the Bossa Nova guitar part to half time for “Rain”, here I actually played the rhythm at the slow speed.

The bass notes are half time guitar. At 2’25” into the piece I broke with my rule of only using sounds from the one guitar, and you can hear my voice making a rhythmic sound. I think this marks the first time I “sang” on an album.

The first two lines sound Japanese to me, but the third line sounds Flamenco.

Most of the piece is played in 5/8, except for the second half of each chorus, where the rhythm changes to 6/8. What I call the chorus starts at 1:09 and 3:15, and the 6/8 section begins at 1:39 and 3:45. There is a support melody that is played only during the second round of each chorus. The kick-drum-like sound during the 6/8 section is again the half-speed sound of my hitting the top of the guitar.

The guitar playing harmonics in 6/8 is taken from the piece “seesalt”, on the album three-oh-five, but here I had something different in mind: while the opening melody sways with a 6/8 rhythm, the rhythm soon switches to 4/4, at 0:52, and gains forward motion. At 1:31 the music switches back to 6/8. Even while the rhythm changes to 4/4, the first guitar stubbornly continues to play in 6/8.

The piece ends with the left side repeating the harmonic arpeggio that’s on the right, reminiscent of a phase composition.

The melody uses an Arabic scale I discovered a while back, and previously used on the piece “Horse” on my album Dune. The intro is solo guitar. At 0:50 a second guitar enters, playing a 4/4 rhythm, but here every measure is divided into 5/8 + 3/8, with the kick-that-is-really-a-hit-on-the-guitar always falling on the first beat.

I think of this piece as a western sound, a cowboy lullaby. The melody is harmonized with thirds, reminiscent of Mexican music.

I recorded this the week after Prince died. The rhythm switches between 4/4 and 10/8, but the notes of the melody fall in the exact same place. The music feels slower and faster, but the tempo stays the same.

This piece starts with a rumba guitar rhythm, which includes slapping the body of the guitar, but slowed down to half speed. After “Elegy” this feels more like a sendoff, a returning to life.

This piece starts with a slow waltz rhythm. The rhythm breaks and dissolves into a solo guitar, playing a timeless reverie of the moon and the stars. Then one turns away from the night sky, and the rhythm returns.

An empty road at dawn, and tumbleweed stumbling across the lanes, now resting, now being pushed forward, or sideways, by a gust of wind. This piece started out as a solo piece, to which I later added a few extra notes.

It’s a wordplay on endless, of course, but I was also thinking about how men always look to the finish line. In daily life as well as in philosophy, the question seems to always be how do I get over there? Over there is where I need to be, whether over there is enlightenment or heaven or just a specific car model or a certain amount of money in the bank. So “End Less” is advice to myself – to stop looking at the goal line and to simply be.