If it was easy… 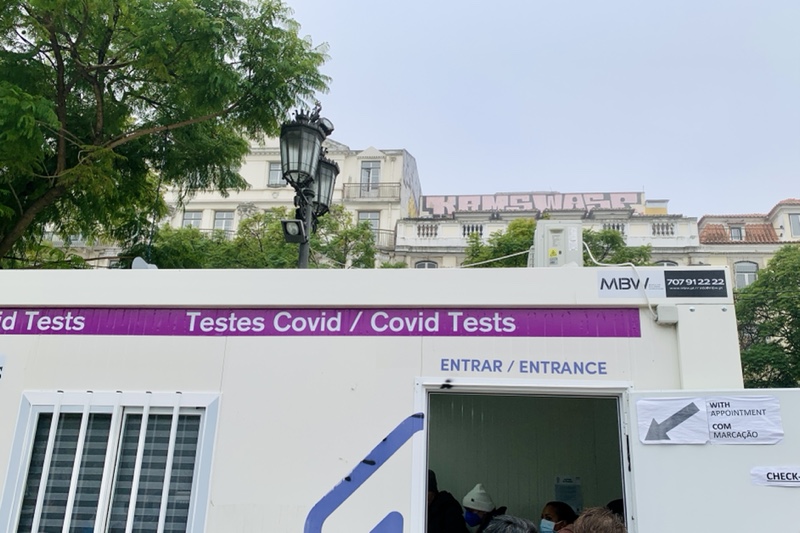 Traveling during a pandemic was never going to be easy. I am reminded of something my monitor engineer said every time there was a problem that needed to be solved in order to do the show.
“If it was easy everyone would do it”, he would say and calmly go about finding a solution.
Some days ago, I scheduled and paid for a covid test online and was given a number and an appointed time – ten in the morning. Arriving a half hour early, I saw two long lines of people leading to two doors of a container which served as a mobile covid test center. I learned one of the lines was for people to make an appointment in person, the other was for people who already had an appointment. The number and appointment time were apparently of no importance at all.
Waited in line.
If I were organizing this, I thought, there would be a screen above the entrance. The screen would show the next number and there would only be a line of two or three people because everyone else could walk around waiting for the number on the screen to go up. Instead the line felt too tight, too many people, too close.
Did you notice that people keep going in but no one comes out, I asked. This situation reminded me of the 1973 movie “Soylent Green”. In the movie, it’s the year 2022 (!!!) and earth is overpopulated and polluted. Check and check. People eat green food that is made from plankton. There are street protests and the protesters are scooped up by huge machines. At some point I remember a man running through the street screaming, Soylent Green is people!!!!
You see, people keep going into this testing lab container and I haven’t seen anyone come out. It’s 2022 and there is probably a trap door, I joked, and you fall down a chute and it’s all rather quick and painless.
Getting the q-tip shoved up my nose wasn’t painful, and there was a side door through which I exited. An hour later, I received the result, which was negative and so tonight I’ll be able to eat inside a restaurant instead of chilling with my food outside.