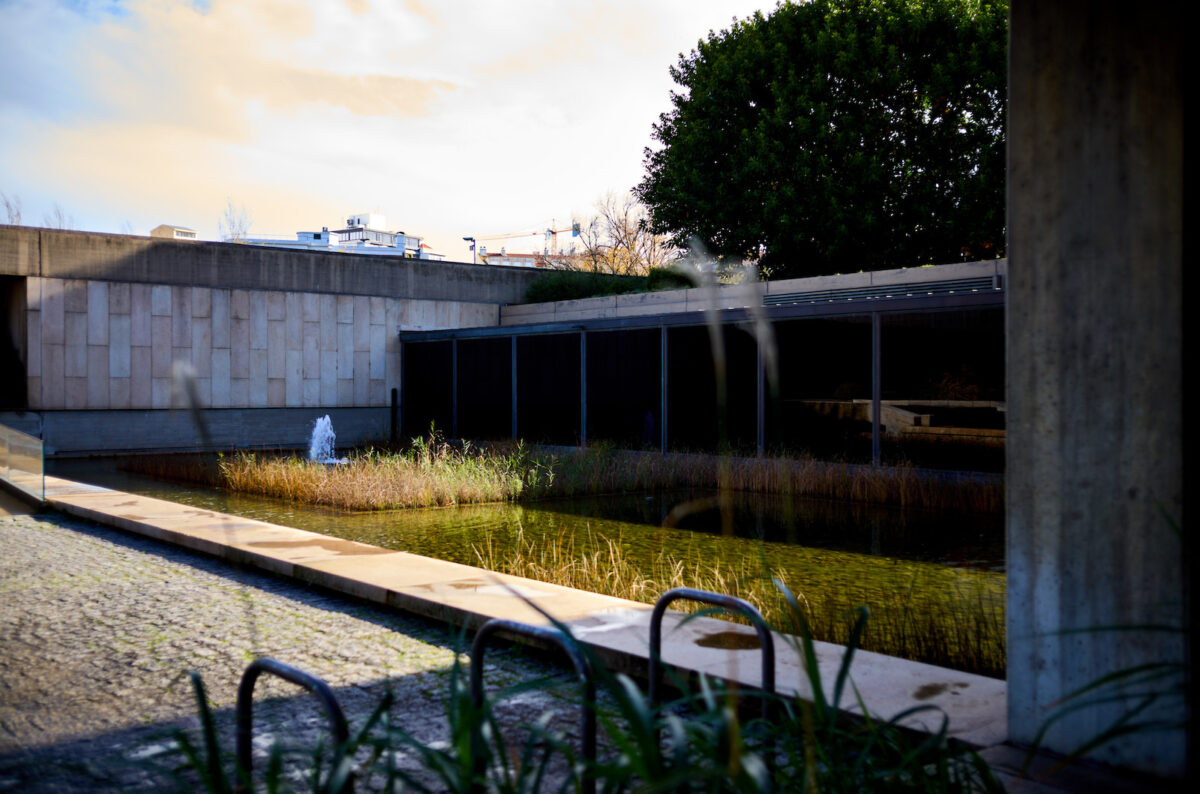 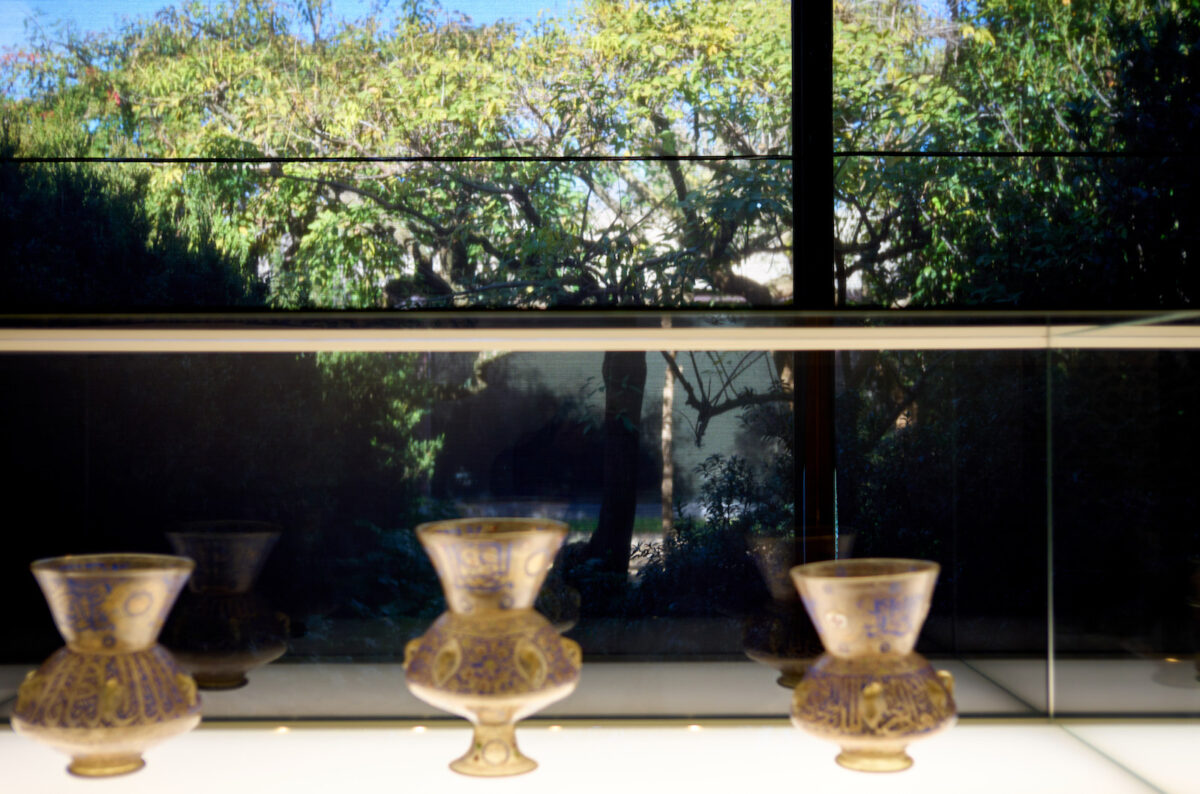 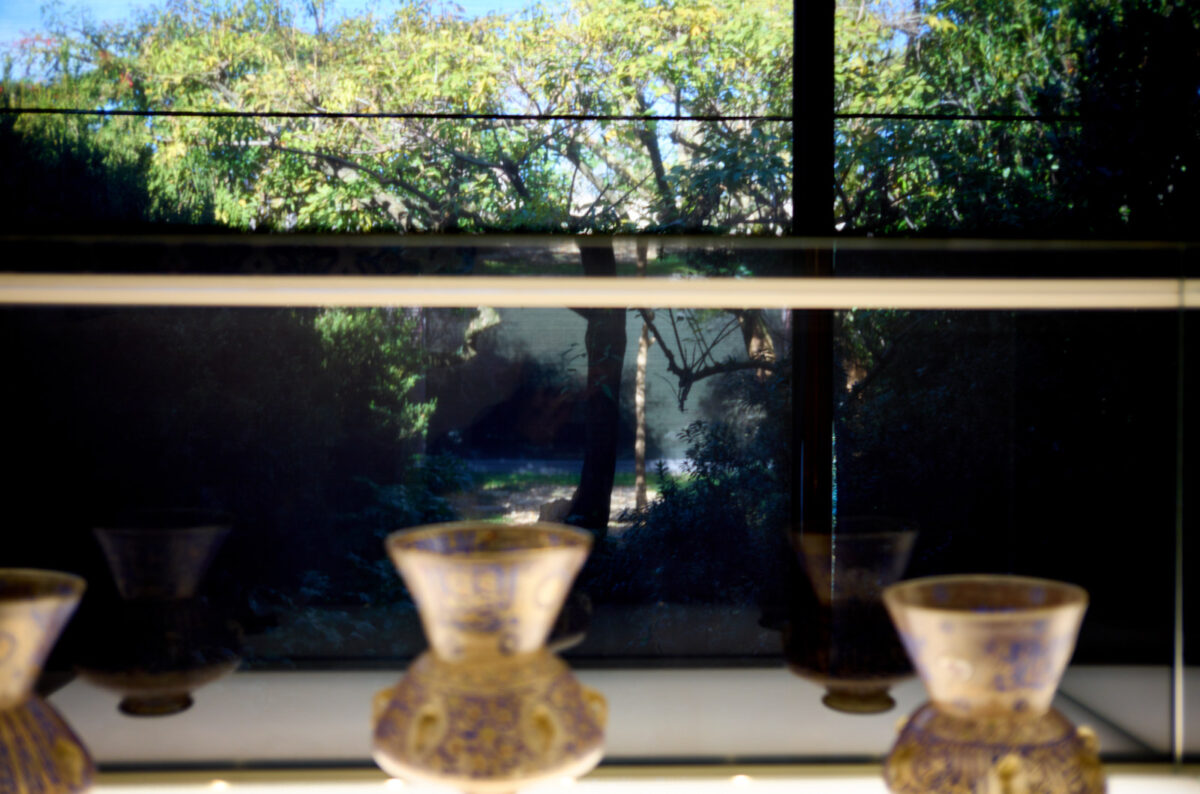 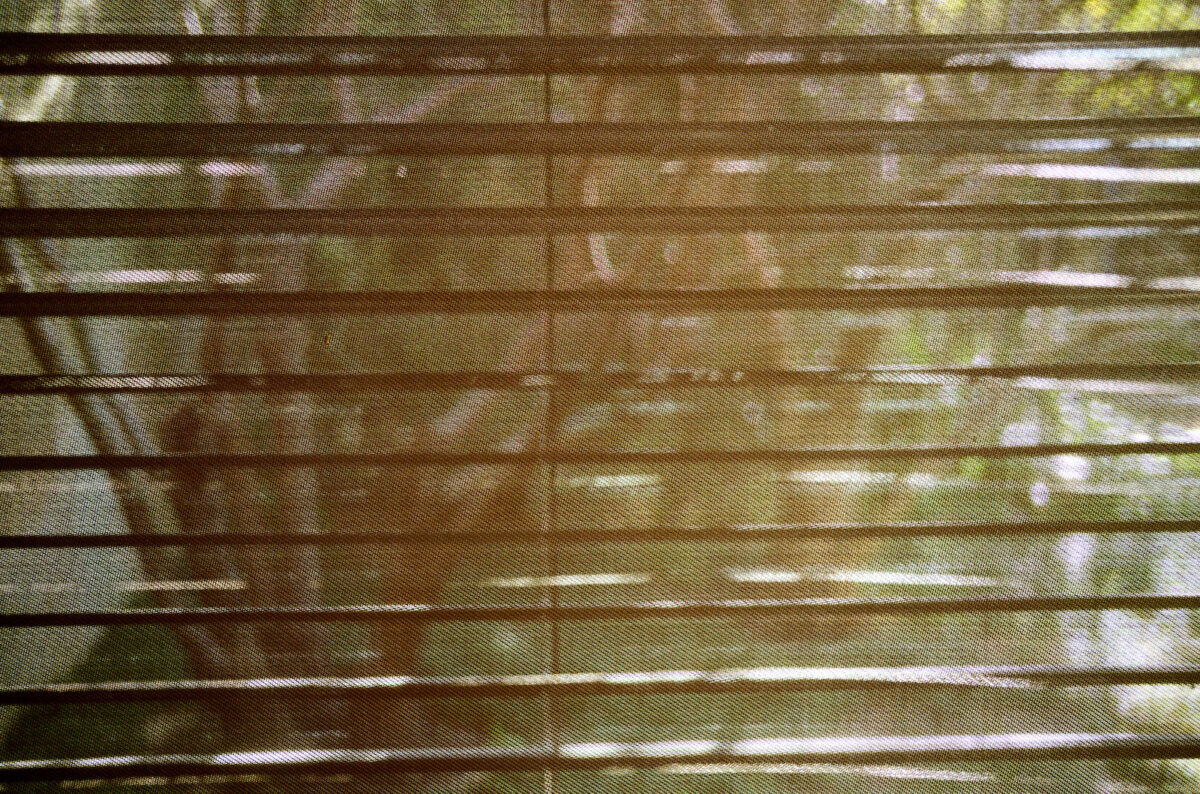 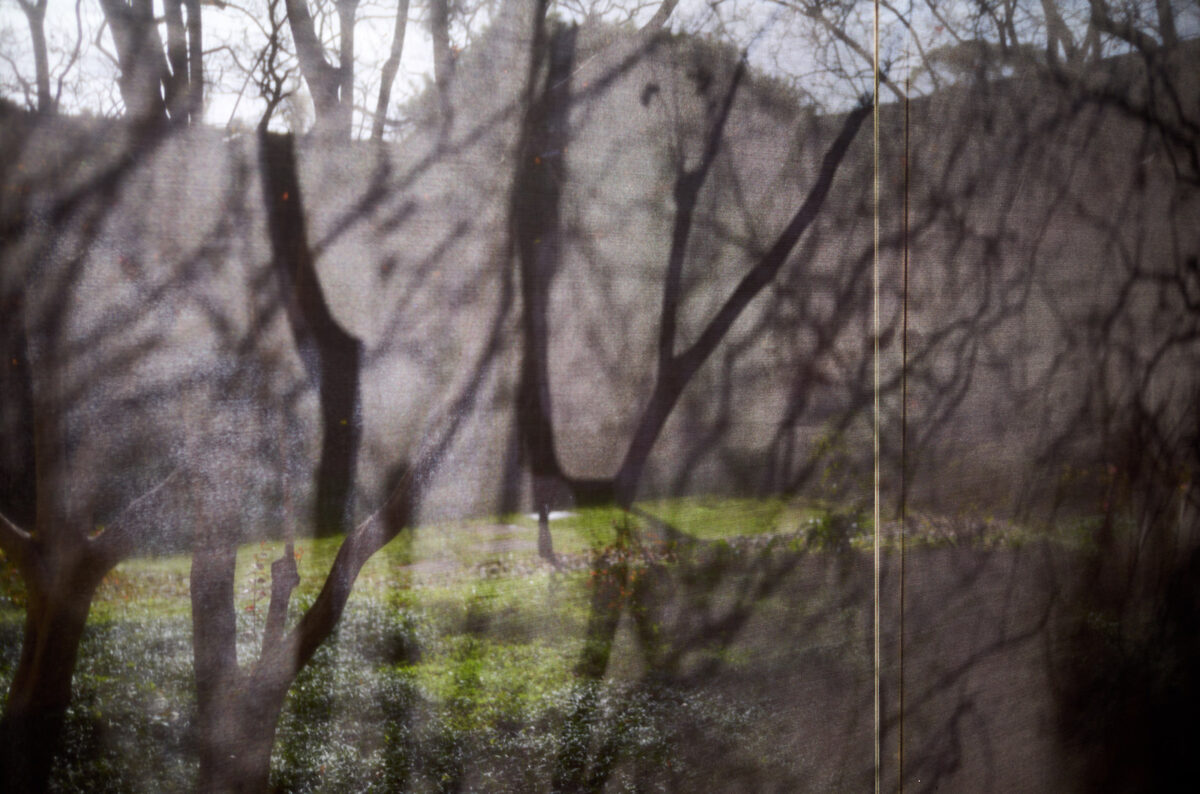 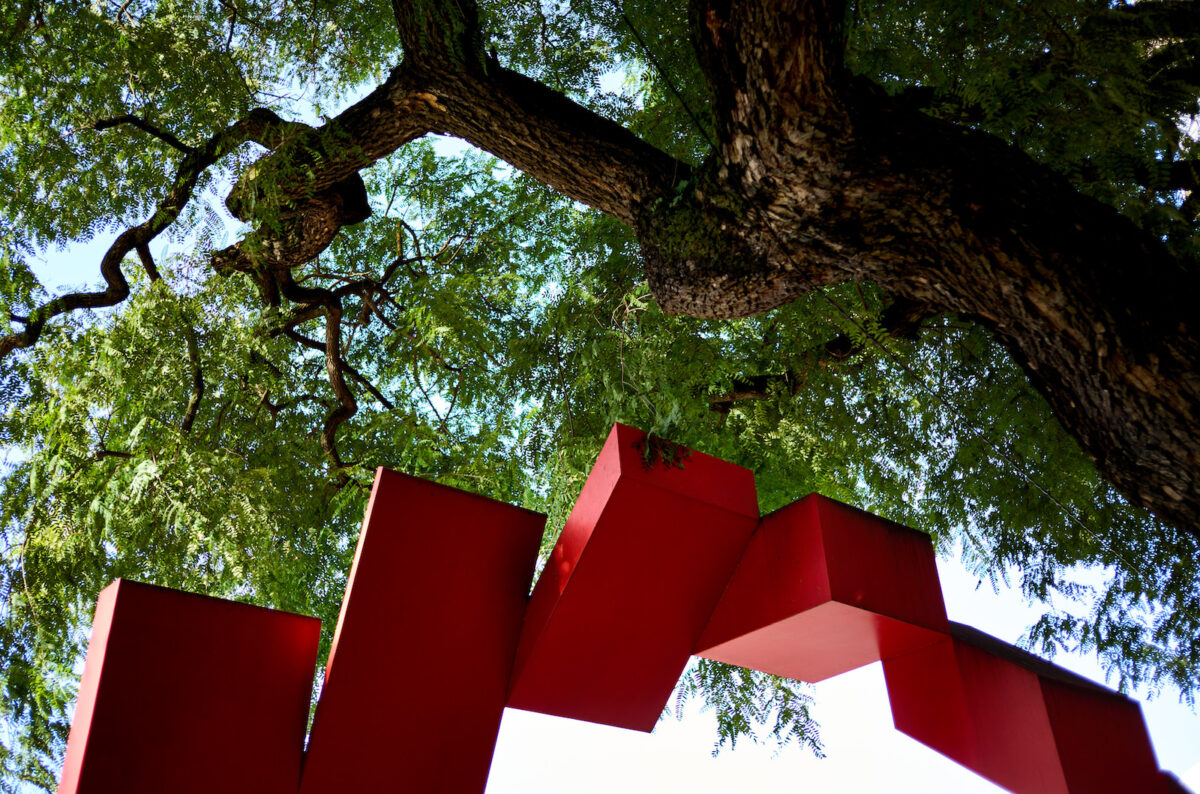 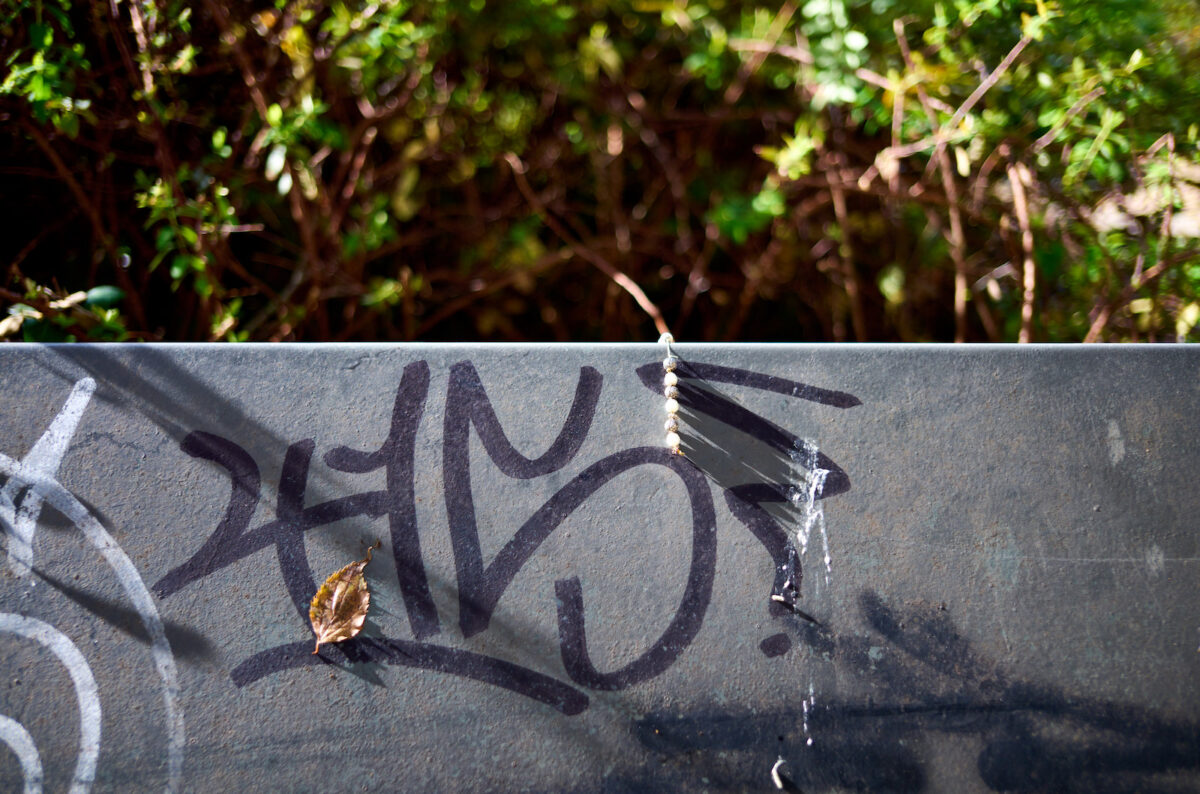 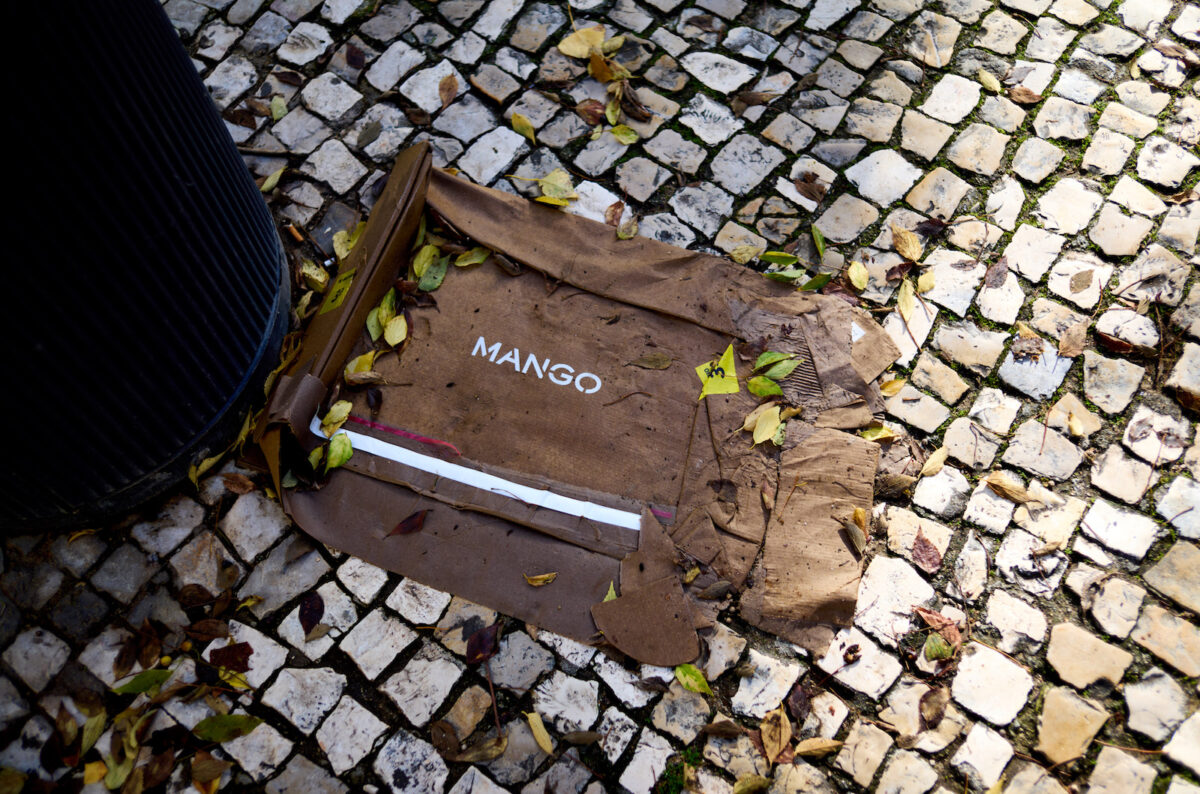 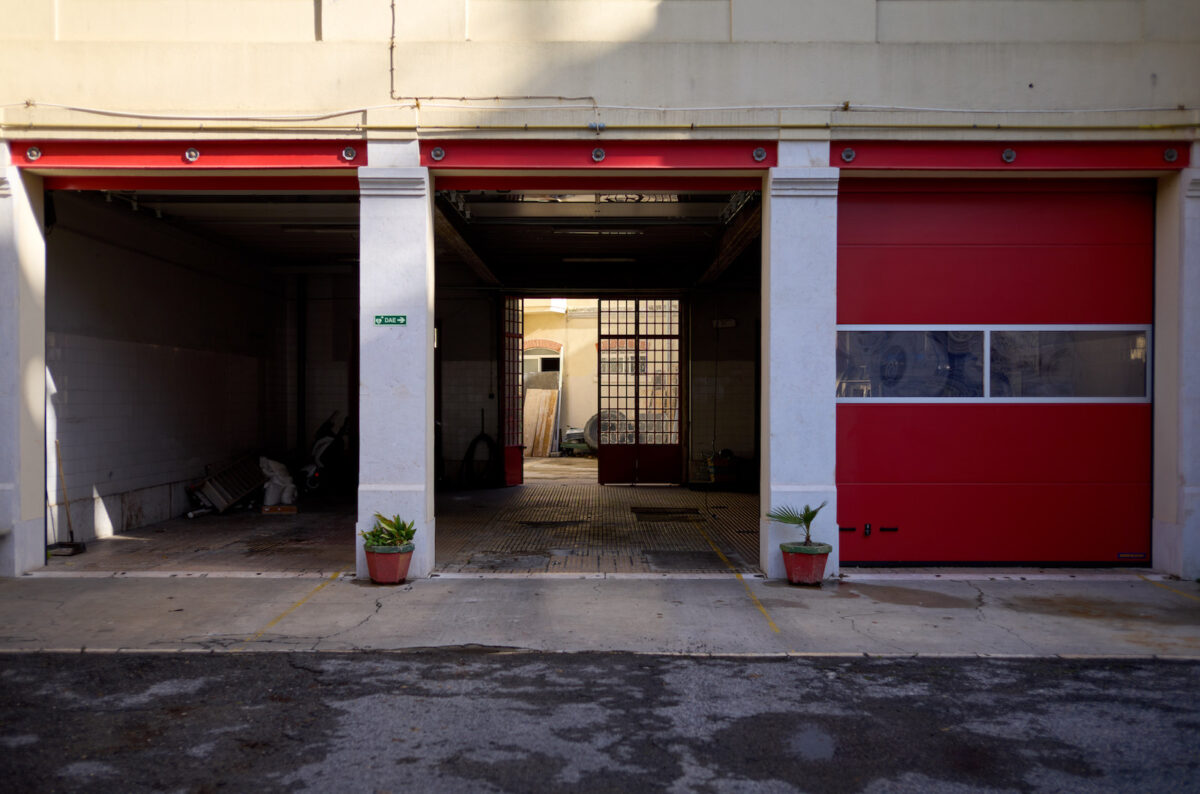 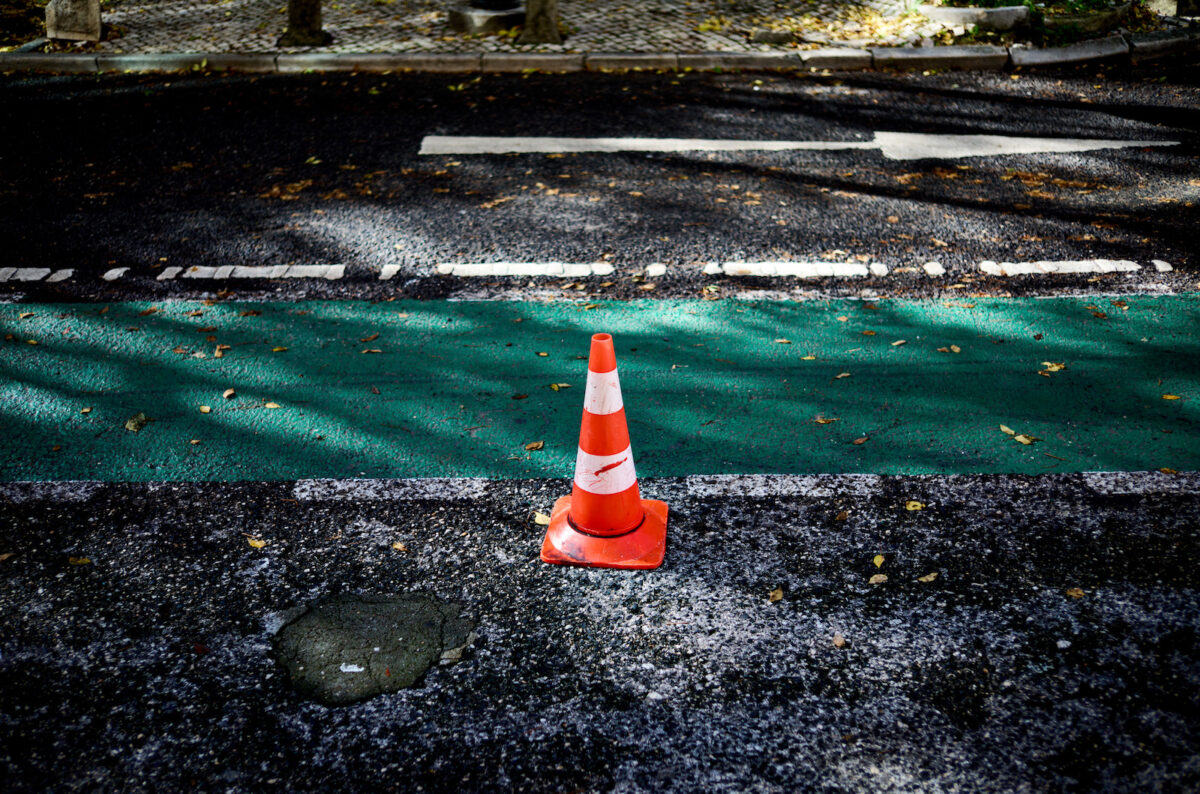 Today’s forecast was rain, all day rain, but in the morning the sun appeared and found little openings between the gray clouds that have blanketed Lisbon for days. I wanted to get out and stretch my legs and decided to take a chance. I wore my camera strap under my coat, in order to protect the camera should it start to rain, and started to walk in the direction of the Gulbenkian Museum. I had been to the grounds several times but had never been inside.

Calouste Gulbenkian amassed a huge fortune and an art collection which he kept in a private museum at his Paris house. An art expert said in a 1950 issue of Life magazine that “Never in modern history has one man owned so much.“

Link to Wikipedia page on the Gulbenkian Museum in Lisbon.
Link to the museum’s website.

I took more photographs than I expected to and wondered why some days are good for photography and others are not. Or, why does nothing look like a photograph on some days and on other days everything IS a photograph? It had been gray for days, so perhaps the light was simply inspiring. But, I am convinced, it is also in the head!

The first photo of this slideshow was taken outside the museum’s entrance. The second and third photos are of amazing glass pieces… but I was more fascinated by the light on the tree outside and so I focussed on that. The next two photos are of windows with sun screens and the garden beyond. The following photos were taken on the way home. There is the arch made of red cubes, the leaf attached to a wall, and the flattened and wet mango box. Oh, yes, I love mangos, especially the Keitt variety. I tried that variety in Santa Fe a few years ago and was hooked! During the season we have a mango every day. The next photo is of three doors opening to a workshop of some kind. The doors are red and the light streaming in from a glass door in the back is exquisite. The last image is a traffic cone that seems to guard a bike path. It may be my favorite image of the day.

Some thoughts about the museum. It was strange to think that these rare items from Egypt, Iran, China, Turkey, Japan, etc, had been owned by one person. It somehow felt wrong to me. At the same time I was grateful that this owner started a foundation and is showing these items to the public. Who do you think is most likely to do something like this today?

This morning I learned that the first two syllables in the word Barbarian, which derives from the Greek word Bárbaros, represents the sound a foreign language made to Greek ears. Barbar is somewhat similar to our blah blah. Persian, Egyptian, even the dialect of Greeks living at the edges of Greek influence–it all sounded barbaric to the Greeks. And to Athenians all other Greeks were probably barbarians.

So, one side claimed everyone else was a Barbarian, and the other side replied that it all sounded Greek to them. 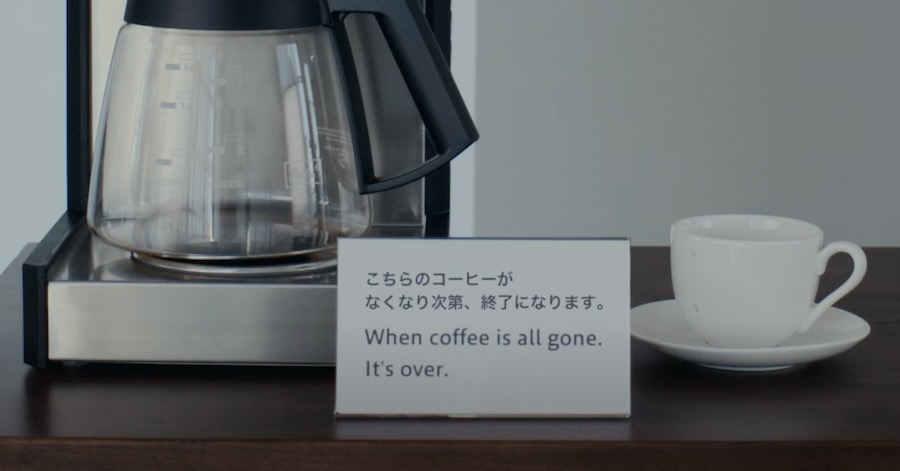 One fascinating study back in 2014 homed in on the way exercise affects gene expression by tasking a small cohort of volunteers to perform a one-legged cycling task for three months. At the end of the study period the researchers saw changes in about 4,000 genes when studying skeletal muscle from the exercised leg compared to the untrained leg.

The researchers recruited 70 pairs of identical twins. Alongside measuring their body-mass index and surveying their exercise habits, each participant wore a fitness tracker for one week to objectively ascertain their physical activity levels.

A twin pair was determined to be “discordant” if one twin completed more than 150 minutes of vigorous physical activity a week while the other twin performed less than 150 minutes in a week. Around 40 percent of the twin pairs were found discordant on this measure.

Looking at the epigenetic variances between these physically discordant identical twin pairs, the researchers found markers on over 50 genes. The exercise-induced gene expression changes were found in genes previously associated with a lower risk of metabolic syndrome

In other words, exercising doesn’t just give you stronger muscles, it also changes a whole bunch of gene expressions. It would be interesting to find out how that impacts the next generation. Does the child of the twin who decided to exercise more start out with a different set of gene expressions than the child of the twin who chose not to exercise?

This evening I have been reading about artists whose work was used to train AI, often against their express wishes, and sometimes in the guise of being an homage. There is a long list of them. Here is a link to one of the articles I read. My conclusion is that as long as we don’t teach art in our schools, there will be no appreciation for the work of artists. There is a human need for expression. We are the animal of stories and art. If this expression is not guided and trained and shown a path of practice and growth, then people will resort to technology to express themselves, whether that’s by creating AI facsimiles of art, or otherwise finding ways to do what they have not been taught.