Where Land and Sky Meet 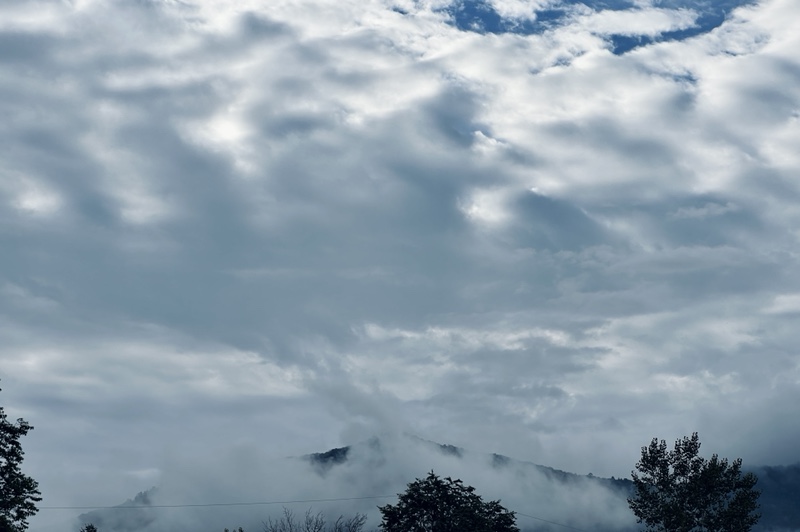 JaneParham commented “Reminds me of recent views in Santa Fe.”

Very perceptive. :-)
After two days of flying I arrived in Albuquerque on Friday, in the early afternoon. I drove to my luthier in Santa Fe and picked up my Negra guitar, which had been repaired and for which he obtained a new carbon-fiber case. I played the Negra almost exclusively for a decade, from 2002. It’s the guitar I recorded One Guitar with, for example. I drove to the adobe where I was staying and started familiarizing myself with the guitar I had not played in many years. (The plan had been to take the guitar with me to Lisbon for June and July, but unforeseen problems arose that made this impossible, so I actually hadn’t played guitar at all for eight weeks)

I was in town to celebrate my friend Roshi Joan‘s 80th birthday, and to perform with Kaz Tanahashi. He paints and I play guitar. Instead of accompanying a dancer or singer I react to a sage who wields giant brushes. When it works we don’t know who initiated the gesture: did I react to his movement or did he react to the sound I made. We did such a performance for Roshi’s 75th birthday and she loved it and requested an encore for the 80th.

I took the above photograph with my phone at the end of a four mile walk through the old neighborhood yesterday morning.