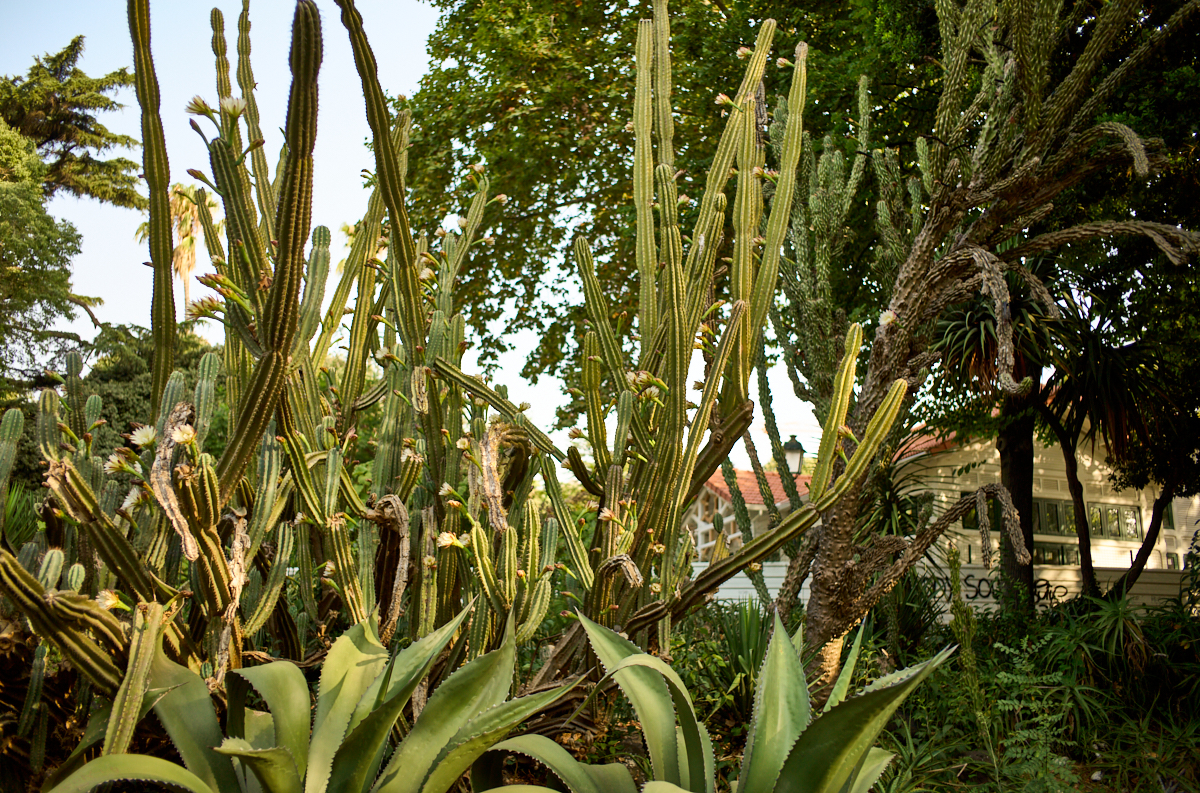 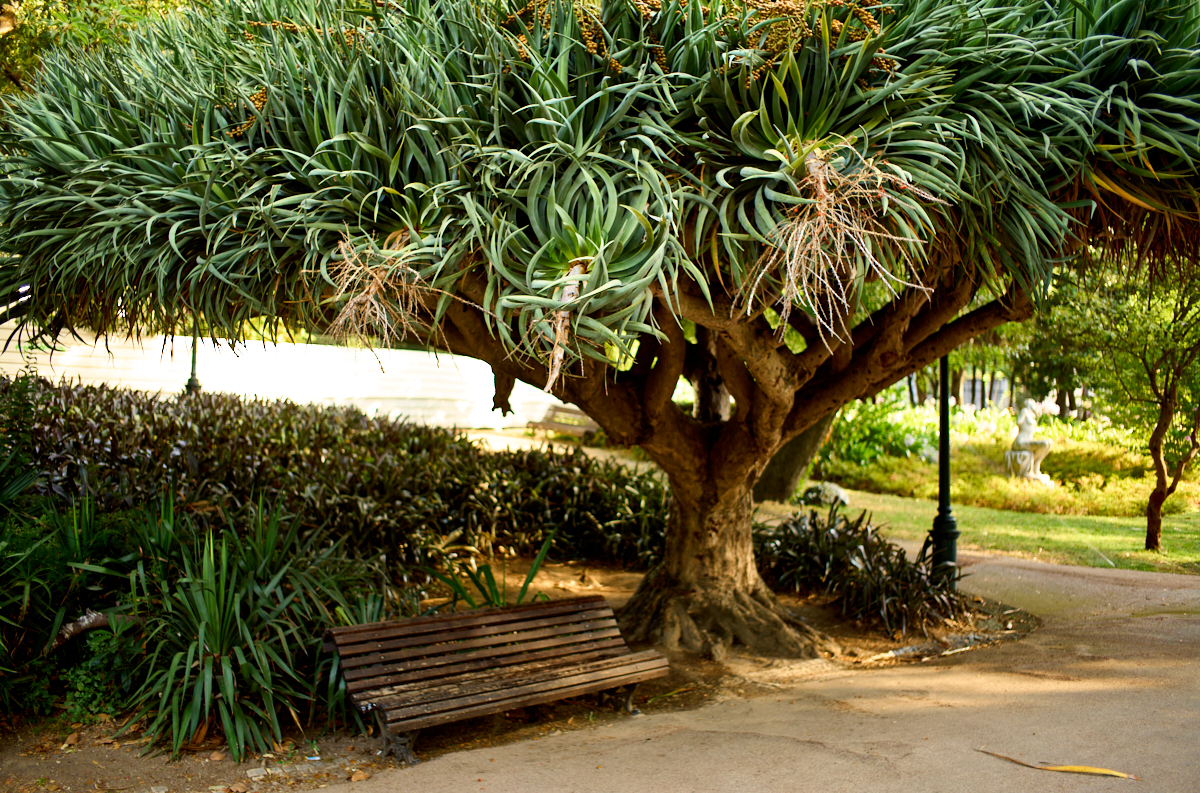 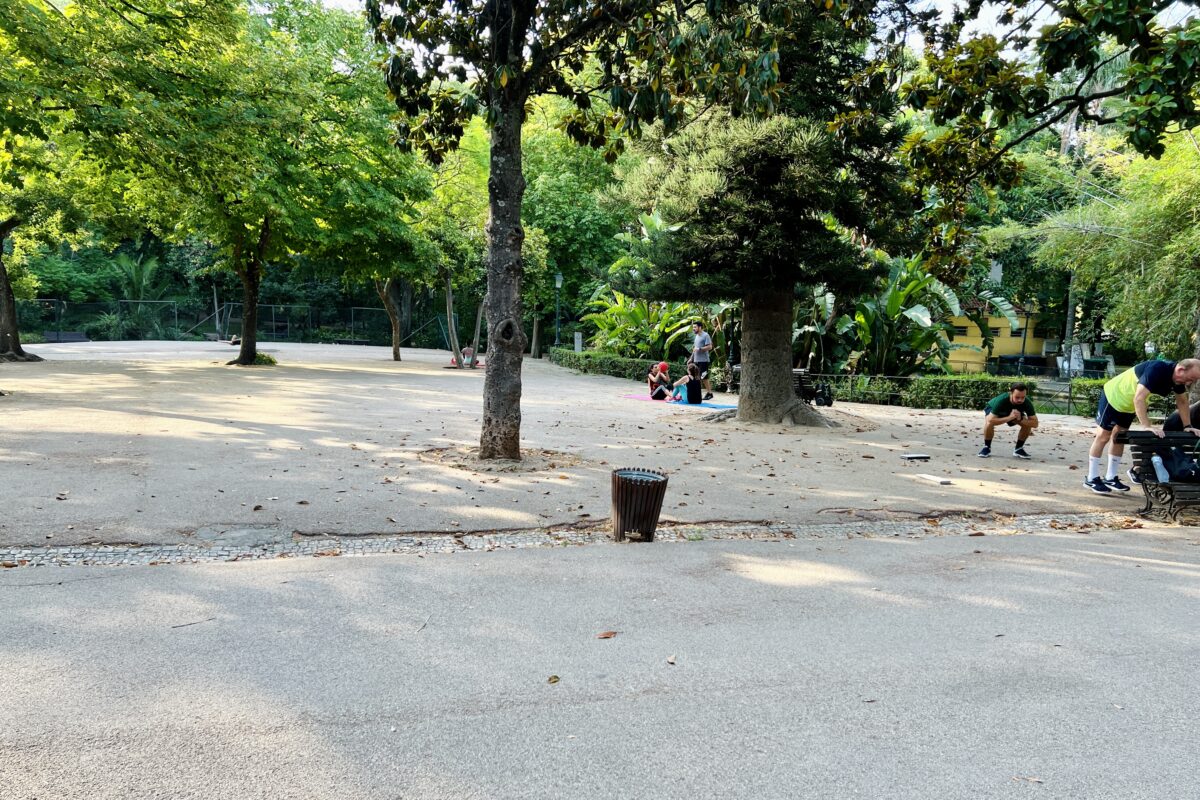 Jardim da Estrela–Garden of the Star. Lisboetas really makes use of the many parks and gardens in the city. Early in the morning many people use the park like a giant gym. There are runners, of course, but also lots of yogis on their mats, sometimes alone and often in groups. There are groups of people doing crunches–shared pain is so much more fun–and there are even trainers assisting others who are lifting weights. Jump-rope, stretching, meditation, the parks are full of activity.
One element of every park in Lisbon, large or small, is that there is always at least one concession that sells coffee (of course), drinks (including beer and wine), pastries, and sandwiches. The concession is always surrounded by small tables and chairs. Instead of rushing home after doing yoga with your friends, you might have a coffee and talk. Or, in the evening, you might meet a friend for a beer, followed by a walk.
I imagine such concessions, while adding an attraction to each park, also bring in a nice sum of money that helps with the upkeep of these parks.