A room, a bar and a classroom

A room, a bar and a classroom: how the coronavirus is spread through the air. This is the best visualization I have seen – very well done. It’s shocking that surfaces don’t seem to pose much danger at all. Rather it’s the aerosols that are the most dangerous. Have a look at the website. 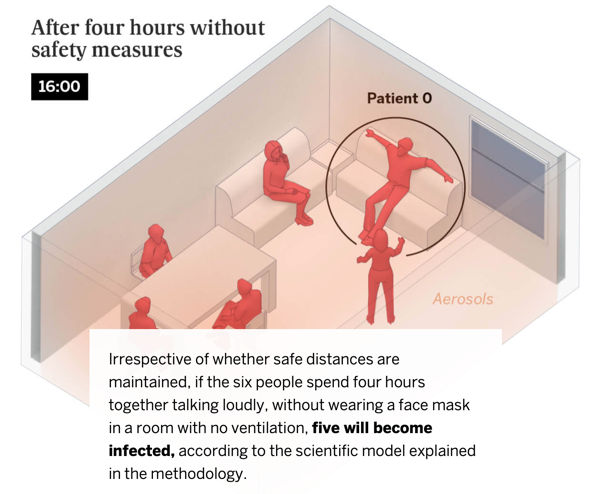