I think this would make a very nice album cover.

Watched this interesting report on Californian wineries catering to two powerful critics instead of the terroir or their customers. For years I have said to anyone who cared to listen that I think Californian wines are often too big and have to much alcohol. Glad to find that quite a few people agree. Or, as one man says in the report, these wines are made for tasting and spitting (tasting and rating), not for drinking.

I like the feeling of words doing as they want to and as they have to do.
– Gertrude Stein

Ah, and could hat not be said about music as well? I like the feeling of music doing as it wants to and as it has to do.

Found that quote in the book Autobiography of Red by Anne Carson, which a friend gave me to read. I am only a few pages into the book, but I love what I am reading.

Another book I am looking at is A Day at elBulli, an amazing book about the best chef in the world… the recipes are called formulas and they read like something one might encounter in the world of Anathem. The food looks findishly hard to make, but even the descriptions are evocative and poetic.

If you have a Mac and sometimes lose sight of the tiny cursor – on the busy ProTools screen for example – here is a solution, a big green target you can turn on and off. Nice! 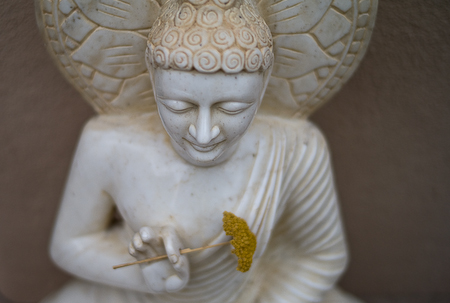 In Japan, Buddha’s Birthday is celebrated on April 8, but is not a national holiday. On this day, all temples do celebratory events/festivals called 灌仏会 (Japanese: Kanbutsu-e), 降誕会 (Goutan-e), 仏生会 (Busshou-e), 浴仏会 (Yokubutsu-e), 龍華会 (Ryuge-e), 花会式 (Hana-eshiki) or 花祭(Hana-matsuri, meaning ‘Flower Festival’). The first event was held at Asuka-dera in 606. Japanese people pour ama-cha (a beverage prepared from a variety of hydrangea) on small Buddha statues decorated with flowers, as if they bathe a newborn baby.
– Wikipedia

And then there is this news item from Saudi Arabia, a bit funny actually:

Saudi Arabia Claims Climate Talks Threaten Their Economic Survival : TreeHugger
On the sidelines of recent climate change talks in Bonn, Germany, Saudi Arabia expressed concern that any major global shift from fossil fuels to renewable energy would threaten its economic survival, Reuters reports. Calling itself one of the most vulnerable countries economically, it said that it wants support for developing alternative sources of energy, specifically developing its vast solar power potential:

[Climate change] is a matter of survival for us, also. […] Saudi Arabia has not done that much yet to diversify.
We have a lot of sun, a lot of land. We can export solar power to our neighbors on a very large scale and that is our strategic objective to diversify our economy; it will be huge.

We need the industrialized countries to assist us through direct investment, transfer of technologies.

Transfer of technology and investment is one thing, but the idea that Saudi Arabia classifies itself in the same tier of countries, such as Bangladesh, the Maldives, any of the Pacific Island nations, or countless places in Africa, which could well be thrown into environmental turmoil and have far, far less domestic capacity to deal with it seems utterly ludicrous to me.

Hmmm, maybe more diversified investment into the country and less Bentleys and golden taps in every bathroom?