This journal is a scroll, with the earliest entry at the top and the newest entry at the very bottom. It documents the process of creating our new record, Petals On the Path, from the first idea to the release of the finished album. The journal includes rehearsal recordings and photographs in addition to the writing. Nearly all of the entries first appeared in the Ottmar-Friends Backstage Journal.

First rehearsal of a new, and still untitled piece for the next album. We played it in Florida this past week. For the new album I am writing music that can be played by the trio, without using overdubs or additional musicians.

PS: this piece was recorded for the new album under the title Blue by Blue – track #2

If more songs magically appear before me, as has been happening, we might record a new album next month or in March, with a possible Summer release – probably CDs, mp3s via the ListeningLounge, iTunes, amazon and such, as well as HD 24/88.2 FLAC via HDtracks.com… 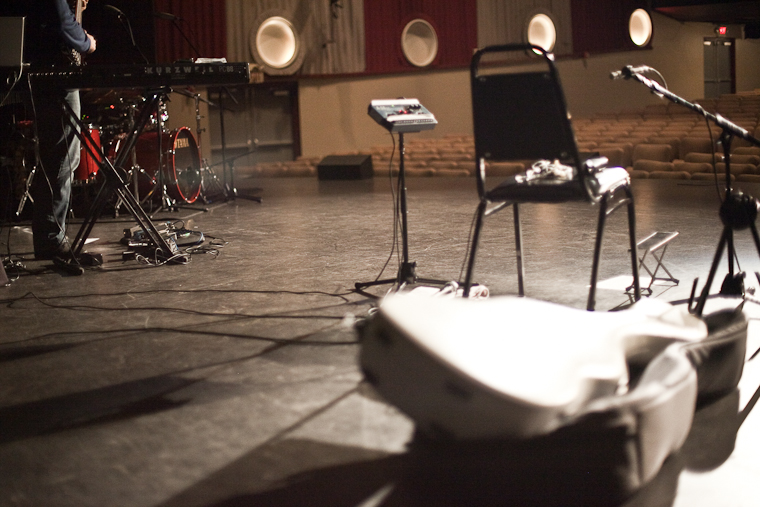 Michael Chavez setting up in Naples: 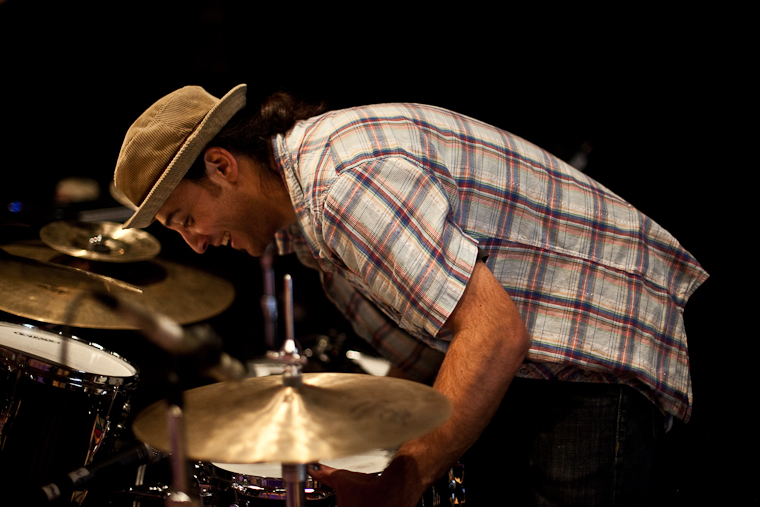 Ideas are ephemeral and like wispy smoke signals from the depth of one’s mind. Two hours ago I wrote another song. Very catchy it was and I thought it had great potential. Alas, I have now forgotten it.

Luckily I try to record all ideas, as they happen, if possible. Tomorrow I can listen to the recording and continue…

The title of the new album was inspired by the famous veto letter Governor Schwarzenegger sent to the CA State Assembly last year:

More info can be found here and here.

It has been suggested that the letter was specifically written so that the starting letters of the two main paragraphs, when read vertically, convey the true meaning of the note.

Well, I thought that was a cool idea for a poem and, with the help of friends, started working on a three-line haiku, where the first letters from the three lines would combine to form the word “POP”.

The poems were all a little long, too long for an album title, and I figured I might have to call the album “P-O-P”, which would give away the hidden meaning of the poem. Then a friend simply took a knife to one of the poems, and cut it down to just four words:

Petals
On the
Path

The reason I wanted to hide the word POP in the title is that to my ears the new album is some kind of genre-busting pop-instrumental music, with elements from Rock, Flamenco, Jazz, World Music and so on.

Here are a few of the poems that were too long:

Pale moonlight reflected
on the water.
Poetry of the evening.

Peonies
Of my Little Garden
Part of Heaven

Pausing to listen-
Overture in the moonlight
Perfect symphony

Petals from a red rose
On the ground, at dusk
Path to your house

Petals float
On the water in the
Pale moonlight

The album cover could be stepping stones of a path, with a few red rose petals strewn on the gray stone. Maybe something like this photo I took in Japan last November, but with a few flower petals: 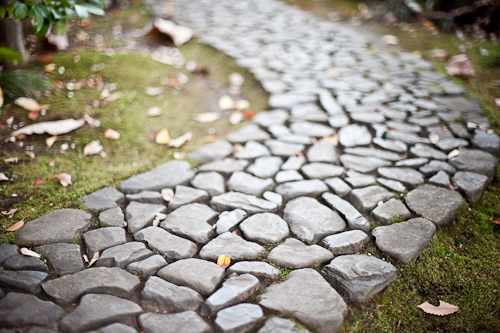 The first rehearsal for the recording of the new album starts at 10:00 today. When the recording starts for real, sometime in the coming weeks, I’ll bring some of my studio gear to Jon’s studio, in order to be able to have all of the microphones and pre-amps and converters for 16 tracks of HD recording.

I am back from the rehearsal and listening to mp3s from the recordings. We worked out arrangements for 11 new pieces. More rehearsing next week and then four days of recording the week after that. The plan is to finish recording by the end of February and work on finishing touches and mixing in March.