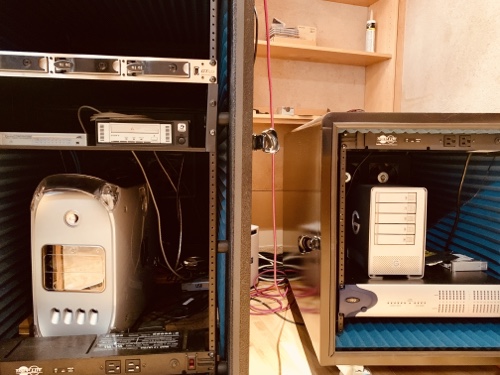 I am still totally obsessed with the iPhone’s Manga filter and have made lots of images with it. These were taken two days ago in my studio: 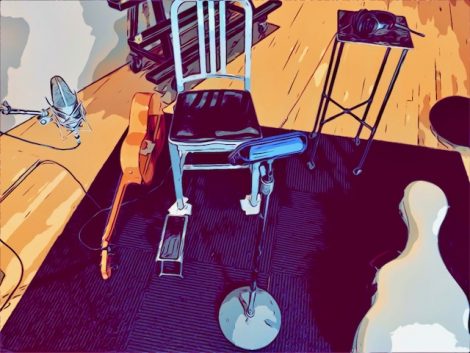 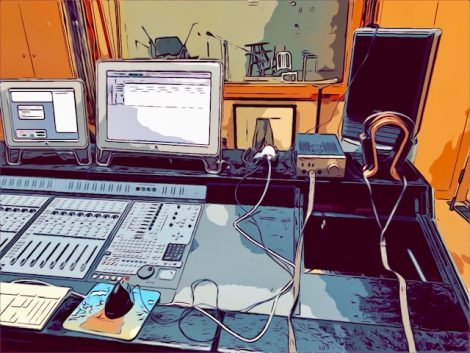 Our monsoon continues and we had another fine rain storm this afternoon.

In the morning Jon and I compared AIFF, FLAC and 320kbps mp3 files in my studio, using Stax Earspeakers and a Stax tube amp. The FLAC files had been encoded and decoded using xAct, which is a fine FLAC app for Macintosh. The 320 mp3 was made with Peak Pro, which uses a LAME encoder – the same encoder we use for the ListeningLounge.

The result was what one would expect: AIFF, followed by FLAC and mp3. What we did not expect was how very close the quality between these formats was. Unless you have a great set of headphones or speakers – and the ears and experience to process what comes through them – you will not hear a difference. Another interesting point was that the treble side of the music was indistinguishable, it was the bass where one could detect shades of difference.

For the 2009 slideshow that will accompany my solo concerts – only in venues where a video-projector is available. Inspired by this video on Flickr.

Pop Music Is Like The Daily Paper
“When I finish something I want it out that day,” says Eno later, in a phone conversation. “Pop music is like the daily paper. Its got to be there then, not six months later. So we decided to release on our websites first, then put it on the commercial websites, then as a CD, then with different packaging. It’s just trying to see what works. The business is an exciting mess at the moment.”

From this article in the Guardian.

As usual it’s in the air and many musicians are picking up on it.

That’s why I started our subscription service. To share music from the archives as well as live-recordings, but also to introduce new stuff I am working on – immediately. (((like the Tears in the Rain recordings in 2006))). If I am excited about a new solo or band recording I want to share that at once, even though lots might change between that and the official release. It also allows you to witness the process of recording and then honing a piece of music, and note what changes and what does not.

Rehearsal 10:00-13:30 and then packing up and transporting gear. Band sounded good, but what’s really exciting is the potential of this group. These two drummers work very well together. It’s always a gamble, putting two drummers together – some make a great team, some don’t. (((not unlike setting up somebody for a blind date)))

Jon recorded every piece we have worked up for this tour, so we can each listen to the arrangements and memorize them on the two-day bus ride to California. Stevo and Jon kept commenting that much of it sounded like an album and I have to agree. Maybe we should record the band for our subscribers after the Summer tour – live in his studio.

In the meantime we should have a few pieces we can release as free Ottmar-Friends downloads… probably with a few warts (mistakes), but with a pretty nice feel.

Overall a great second day. The second day of rehearsals is often a let-down from the first, but not so this time. Now I have to pack…