In the fall of 1986 I visited my parents. During that short stay I bought a student model classical guitar in a shop in Köln. I think it cost me around $300-500. During the first recording sessions for what became NF, in January and February of 1989, this was the guitar I used. The first phase of recording for NF included these pieces: Barcelona Nights, Heart Still/Beating, Waiting 4 Stars to Fall, Road 2 Her/Home, and several more. I have never actually sat down to listen to the difference between, say, the guitar sound of 2 the Night and Barcelona Nights, which were played on two different guitars.

In late Spring of 1989 I bought a guitar from Lorenzo Pimentel, in Albuquerque, that was used during the second phase of recording sessions for NF, in May and June of 1989, as well as to record Poets + Angels and Borrasca.

Sometime in 1991 I bought a guitar from Eric Sahlin that was first used on Solo Para Ti. That guitar, a Blanca Flamenco model, shown on the cover of Solo Para Ti, was with me for a long time and can be heard on every album released between 1992 and 2002.

In 2003 I started using a guitar made by Lester DeVoe and I have played his guitars ever since. I played a Negra model 2003-2014 and since then I have been in love with a Blanca model that was built in 2005 and that I still play today and which can be heard on Fete and vision 2020.

While those were the main guitars I also used a Midi-Flamenco Guitar by Keith Vizcarra, first played on the song “Lush”, on The Hours Between Night + Day, and a Negra Flamenco by Keith Vizcarra, used on Leaning Into the Night and several other albums.

What can be learned here is that the value of a guitar does not determine a successful album. NF clearly sold more copies than any album I have recorded and yet it was recorded on a very inexpensive guitar in a tiny studio with a 1/2″ 16 track analog recorder – when industry standard at the time were 1″ 24 track machines. Sometimes the idea is more important than the material used to convey the idea.

I have often used surfing analogies, despite never having surfed in my life. For example:

In order to catch a wave you have to be in the ocean with your surfboard. In other words, you have to create in order to, perhaps, catch a cultural wave of recognition.

Even if you are out there, waiting for a wave, it doesn’t mean that a suitable wave comes along. You can produce work after work, but it may not gain traction with an audience.

Sometimes you are in the ocean AND a suitable wave comes along AND you manage to surf it as far as it can carry you… and then you have to make a second and third album! As my friend Al Masocco, my product manager at Epic Records in the Nineties, liked to point out you have a lifetime to create your first album and about a year or two to create the second one. 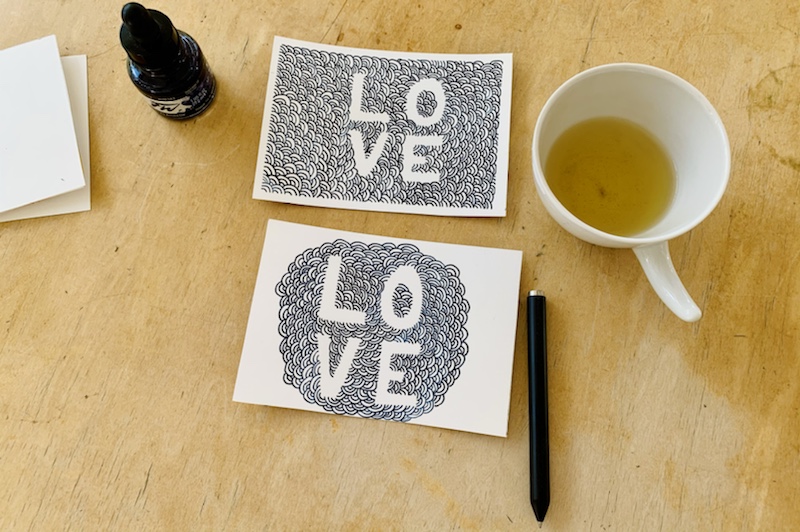 When I published the two new versions of “Dance 4 Me” to Bandcamp yesterday I added a brief message to one of them.

I asked several musicians to create versions of “Dance 4 Me” (the original was released on the album “vision 2020”) and here is the first one of these versions.

I would like to know whether the message only appears under the community heading of my page or whether Bandcamp also sends out an email to followers or subscribers. Please let me know in the comments.

I asked several musicians to create different versions of “Dance 4 Me”, from the recently released album vision 2020. They could take the piece into any direction they envisioned, I told them. Here is the first version in that series. Stephen Duros created a remix he calls “Ultra Violet”. I uploaded two versions of Ultra Violet, his mix and my mix.

photo by Lisana.
design by OL