Last week I remastered the 2004 album La Semana and am listening to it as I am writing this. It was an important album for me, an album of a lot of firsts: 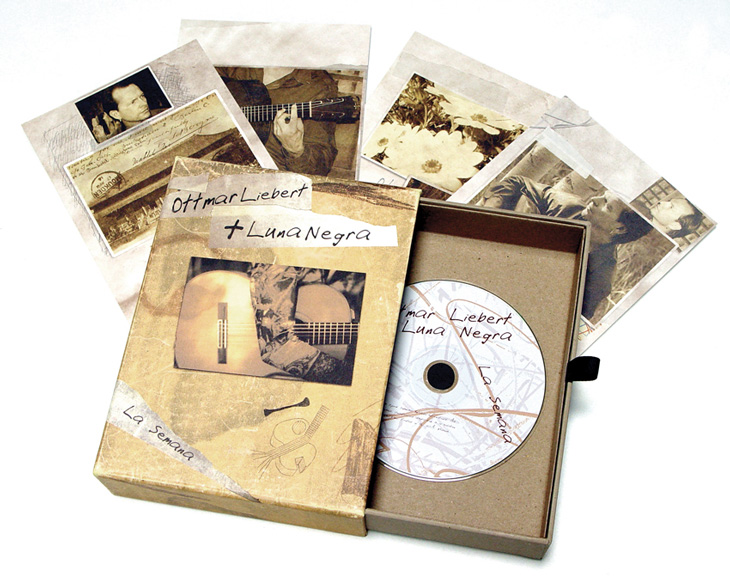 The design of the Limited Edition box won a couple of packaging awards. I don’t remember which associations gave out the awards… they might be in a box in my garage somewhere… The La Semana box turned out to be expensive to make and was released at a time when everyone seemed to have decided that music should be free. The demand simply wasn’t there and, instead of putting the boxes on sale, I packed them up and, you guessed it, they are also in my garage somewhere.

I hadn’t listened to the album in a long time and enjoyed reacquainting myself with the music. While La Luna is the most popular song on the album, I discovered I really enjoyed some of the other tunes, like Spring Rain, Cave In My Heart, and Evening (Languid Pace).

Cocteau remains one of my favorite pieces and it was also a first. La Semana was recorded before I acquired a wireless remote control to operate the computer from the room where I play guitar. I had to set up the software to start about twenty bars before the music began to give me enough time to open and close four doors, sit down, put on headphones, take the guitar and check the tuning, get ready… Because this was so cumbersome I set up the recording to keep looping the section I wanted to play on. Cocteau was the song where I did this for the first time and the song kept looping and I kept playing. After a while I forgot what I was doing and just had fun. The room fell away, the studio no longer mattered, the recording process was forgotten… I was just playing. There was no other person in the studio whose presence I might have been aware of. I was playing guitar by myself somewhere, and it felt like painting or drawing by myself. I loved it and knew this was the way I wanted to work from then on.

Check out Obo Cocteau, a story by Lawrence Russell based on the song Cocteau. It’s a pure fictional evocation of the composition’s moody Moorish atmosphere… and associations made from the title.

I will live with the remaster for a few more days and then I will upload the album to Bandcamp. It will be the first time that the album will be available as a lossless download, instead of mp3s.