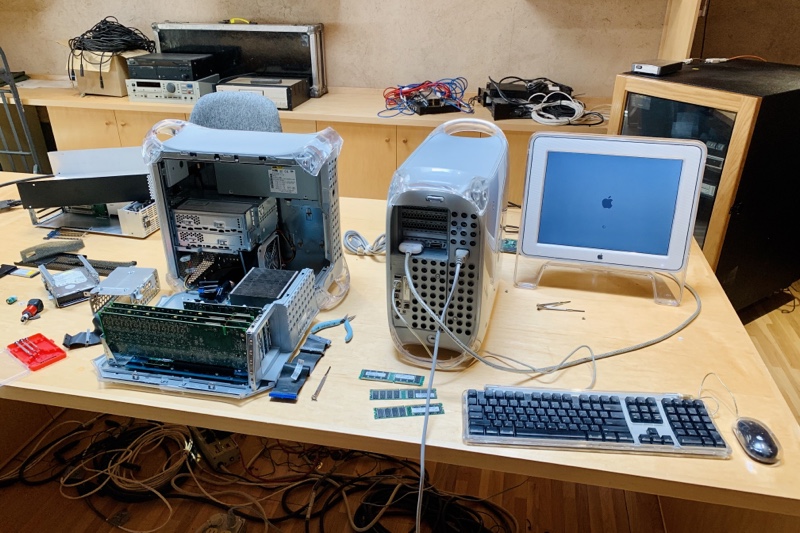 The afternoon ended terribly with the new old computer refusing to turn on. Sometimes it made it past the Boing only to shut down a few seconds later.

So this morning it was with a lot of trepidation that entered the studio to wrestle with the machines. I checked the connections and moved the ProTools PCI cards to the new old machine. I pressed the power button. It started up… 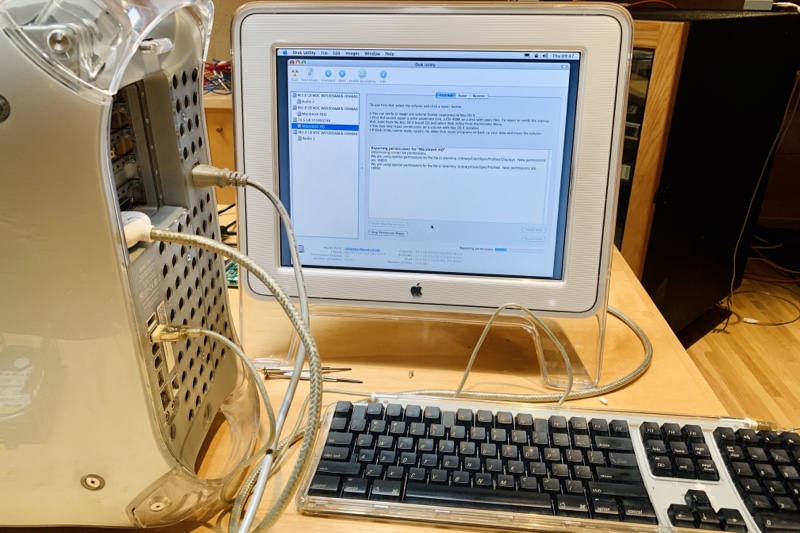 The rest was easy. I disconnected everything and placed the Mac into the enclosure. Then I connected the screen and USB extenders, the ProTools cable and everything else. The computer started up and at 1015 this morning the sound of music was once again playing in my studio.

Monday I watched an episode of Parts Unknown, the one from season 11 called Newfoundland.

RIP Anthony Bourdain. One of my biggest fears is that we’re creating a world that can only be endured by those who shut out their sensitivity and empathy, and those who choose to find ways to live through them, as Bourdain did, do so at tremendous risk. Take care of one another

Yesterday I picked up the new old 2003 G4 Power Macintosh I bought a couple of weeks ago. After a long journey it arrived on Monday. This new old G4 has the same model number as my old old computer, but has a dual processor that runs at 1.42 GHz, instead of 1.25 GHz. For comparison, my phone’s processors run at 2.5 GHz. (((pause to giggle)))…

Today I am hoping to make some headway in moving hard drives and RAM from the old old G4 to the new old G4. If things go well I should be able to go back to recording this week. Wish me luck!

Photos sent in or tagged by you. I love that you are tuning in from all over the world. The Twitch chat comments are live and disappear, which I think is very cool, but I saw a few screenshots that friends sent me. I believe the photos in this collage are from the US, the UK, Turkey, and Guyana.

Plus, I love that at least one cat watched me perform! 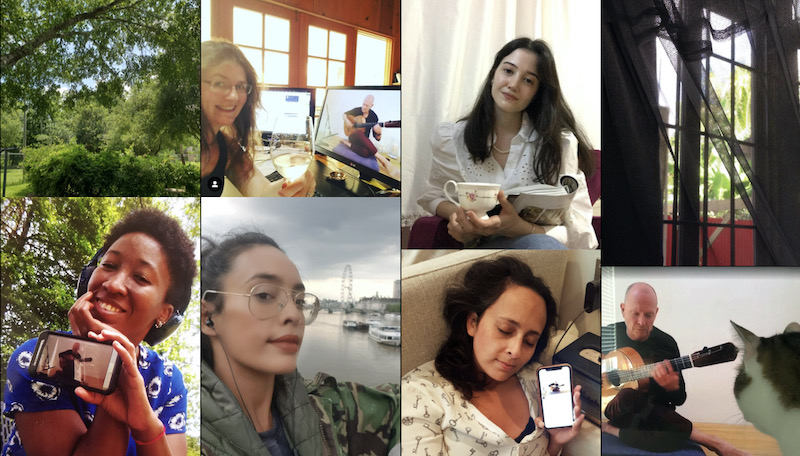 I wondered whether it might be strange to perform in daylight, but it was fine. Did you see the light slowly moving from the left? That was nice.

I didn’t record the performance, but from where I sat it sounded like I was having fun. There was a new piece in that set as well. Did you notice? I played it after Santa Fe and before Twitch. It’s something I started working on yesterday. Who knows what it might become when it grows up!

Thanks to all who tuned in.

Next month I will have a second camera, a microphone for talking, and a smoother way to switch between performance and slideshow. In fact I’ll have a few new slideshows by then.