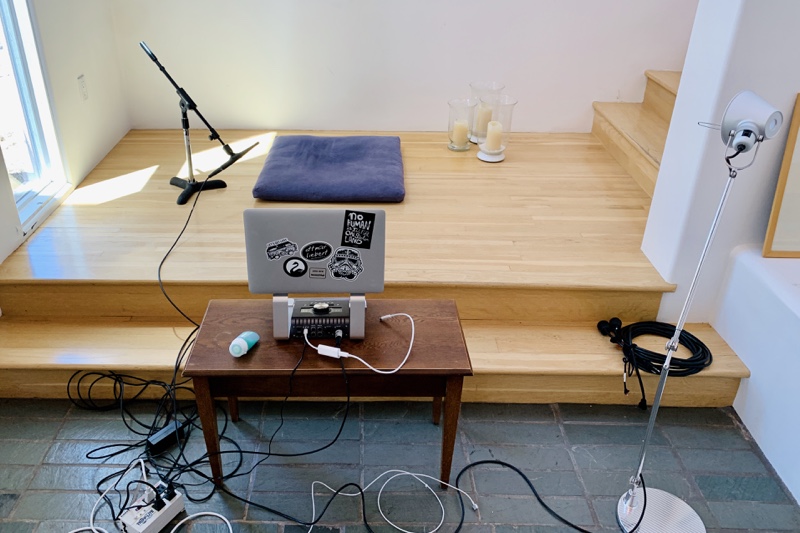 This Thursday at 2000 – 8PM in New Mexico, 7PM in California, 10PM on the East Coast – you will find me at Twitch.tv/ottmarliebert. It turns out that Twitch, which started as a platform to broadcast gaming events, sounds good. DJs have moved onto Twitch and perform there. I checked it out and was impressed with the sound quality. I also like what Twitch is not: YouTube, Facebook, or Instagram.

Zoom is a great medium, but it is aimed at video conferencing and therefore the algorithms support clarity of speech, which is not necessarily good for musical performances. Eventbrite partners with Zoom to sell tickets for webinars. Only people who buy a ticket through Eventbrite are ushered into the Zoom call. That’s nice. But the sound…

The one drawback of Twitch is that one cannot sell tickets for a performance. The service is free for anyone and one does not need to create an account to watch, although one has to endure one ad at the beginning. No interruptions later though. At first I thought this would be a problem. A performance should have a value attached. This is what the performance will entail and that is what that experience will cost you.

On second thought, however, I realized that it would be worth experimenting with donations on Twitch. These are extraordinary times and call for extraordinary ways to move forward. Next week I will set up a donation box for Twitch but tomorrow’s performance is just a test and will be shorter… so come check it out and let me know what you think.

It isn’t possible to perform at a time that fits every zone. That means performing at different times.

I do not want to record performances because I want the live aspect of the performance to be maintained. I always assumed that I would perform in the evenings, but that is clearly a norm that doesn’t need to be adhered to. What do you think? Would you be more likely to watch a live-stream performance in the evening or during the day? Maybe the question will answer itself… I can do a performance at 1100 one day and then play at 2000 (8PM) another day and look at the results.

I am looking to start a live-stream this Thursday, 28. May, @ 2000 (8PM MDT). I will share the URL tomorrow. The performance will be announced here only. If it goes well, I will make announcements via my mailing list and social media for another performance next week.

A few thoughts about the medium:

Because this is a new medium there really are many ways to be creative with it. 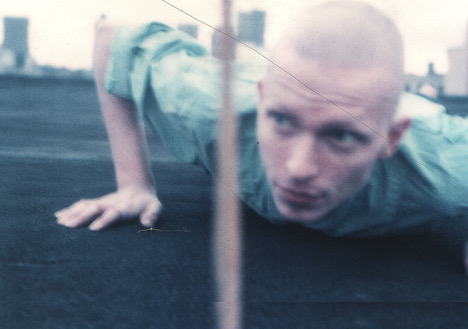 1980 on the roof of my loft on Thayer Street in Boston.

It took me quite a while to get hardware and software set up for streaming, but yesterday I took the platform for a spin for the first time. I gave the streaming link to a musician as well as a few non-musicians and the consensus was that it was the best sound they had experienced with streaming. So far so good. I will write a separate post about how I envision this to work and what I am aiming for. Thursday evening might be when I will do a short performance for you, followed by a longer performance next week. More later.