A recent sample purchase program found 100% of new high quality box sets offered for sale through eBay or AliExpress in the U.S. were counterfeit; and

You can find the article here.

Because no matter where you run, you just end up running into yourself.
– Truman Capote, Breakfast At Tiffany’s

That’s such a Zen quote. I can hear my teacher say this. :-) 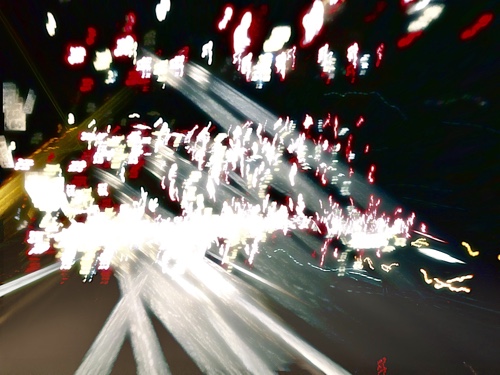 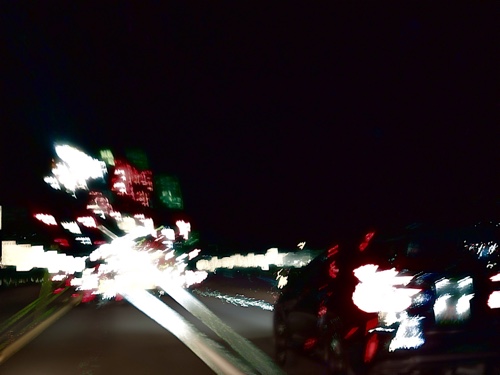 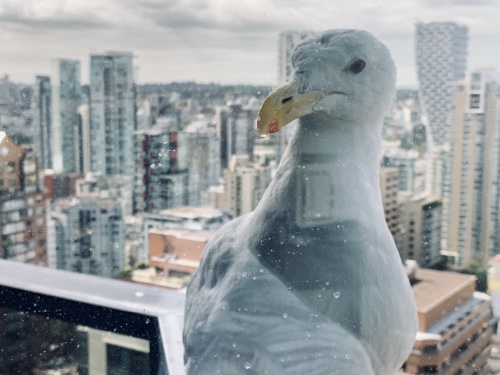 A feathered visitor in Vancouver.

In 2017 an engineer turned me on to the Bose QC25 headphones. He had been wearing them on the tour bus and on planes and told me how much they improved traveling. When I saw the headphones on sale a little while later, I grabbed a pair for $175, as did Jon. What a difference they made! When we travel the headphones are always immediately accessible in our backpacks and we often put them on in the airport before boarding. They stay on our heads until we reach baggage claim. It’s like traveling in a bubble, a bubble of decreased noise, a bubble of civility and comfort. I might listen to Dukunmak by Erkan Ogur or my album slow on the plane and then switch to something more upbeat when I am walking through the destination airport. The headphones also help when hotel rooms are too noisy – loud air-conditioning or the unfortunate proximity to an elevator in a sold out hotel…

I loved those headphones, but lamented three things:
1) the microphone wasn’t very good and phone conversation wasn’t easy and comfortable as I often had to hold the mic closer to my mouth with my hand…
2) there was only one setting for the noise cancellation… on and off… walking around in traffic wasn’t the safest thing to do
3) the cord was very long and I had to use the Apple dongle to attach it to the phone. Several times the long cable got hung up around an armrest while walking down a plane aisle. Later I found a shorter replacement cable that had the correct plug for the iPhone…

At the end of Spring, after discovering that I was allergic to the Powerbeats Pro as well, I came across an article about a brand new pair of Bose headphones, the NC700. The specs ticked all of the boxes:
• Bluetooth 5.0 – check
• multiple noise cancellation settings – check
• a total of eight microphones, some of them “beam-forming” like the mics of the Apple AirPods… I have no idea how that works, but it most certainly does work – check
• touch sensitive fields on the ear cups that allow simple gestures for skipping forward or backward, increasing or decreasing the volume, accepting or ending a call… etc.

I decided to pre-order the Bose NC700 and they were delivered in the first days of July. Since then I have worn them for at least one and a half hours every single day. I conducted many phone conversations with them and can report that the mics work indeed very well. I listened to mixes from the Fete album in progress countless times. I felt safe walking in traffic, because I could lower the noise cancellation so I could hear approaching vehicles – there are three presets (I use zero, five and ten) that one can switch sequentially with the press of a button in the back of the left ear cup. Fully charged the battery lasts twenty hours.

Here comes the kicker… as you might remember, if you have read my Diary for a while, I have a pet peeve about mobile phones: landline phones (since the Fifties?) add a little bit of the signal from the mouthpiece into the ear cup. This enables people to hear their own voice and makes them less likely to scream into the phone – except for my dad, of course, who always yelled into the phone as if it was a mechanical device, like two cans strung together… Mobile phones on the other hand, inexplicably, do not do this! I envisioned an app with a simple slider that would allow people to adjust the amount of feedback originating from the microphone into the ear piece. That’s all the app would do. Even easier would be for manufacturers to build this into their operating system… Bose apparently also observed this need and developed their own solution. The Bose phone app that partners the headphones has a setting they call *Self Voice*. It adjusts how much of one’s own voice one can hear while on a call. Brilliant. Finally. :-)

Bluetooth 5.0 is good and, after four weeks with these headphones, I have yet to hear the first dropout! That’s remarkable.

There is a chip on the market that delivers even higher audio quality, but that would certainly have raised the already significant price of $399. That’s the only nitpicking I can do. I love everything else about these cans. They are fantastic and I carry them with me 24/7.

PS: I paid full retail for the Bose NC700 and this is not an advertising, merely the enthusiasm brought on by a device that actually works well… :-)