Half a Century Ago

Saturday at 20:56 (8:56PM NM time) is the fiftieth anniversary of the moment that man set foot on the moon for the first time. I was ten years old and played soccer with other kids in a small village in Austria when I heard my dad whistle and holler. He made me come into the house and watch the event, and I am glad he did… It was grainy black and white, but it was exciting and great.

Where were you? Or perhaps you are too young?

This morning I took a loaf of bread to my friend who owns a local bike shop. He was sitting with another friend of his and we started talking about bread. His friend told me he is thinking of building a wood-fired oven for baking bread. I said I would love to learn how to bake in that kind of oven.

Then my friend’s friend asked me what my name is and I said Ottmar. He didn’t understand so I repeated my name.

Then he said oh, Ottmar, like Ottmar Liebert… except you can’t play guitar. Exactly, I replied.

I left and laughed all the way home… :-)

Since posting this I have heard two other stories, but I don’t know whether they are true or just musician lore. The first one concerns Johnny Cash who was in a bar when another man told him he resembled Johnny Cash. The reply was I am Johnny Cash. No you’re not. But I am. You can’t be. Back and forth… and then Johnny Cash was slugged by the other men for impersonating the great Johnny Cash. It’s sounds so outlandish that it just might be true!

I recently learned that many of the first books that were printed following the invention of the Gutenberg press were books about witchcraft. Perhaps there is hope for the internet after all. 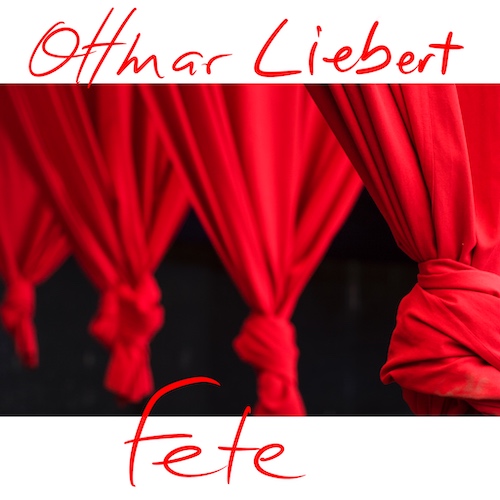 The Loudness Wars Are Over

And just like that the loudness wars are over. Honestly, I only found out about it this weekend. I was having lunch with Jon Gagan and he informed me about this, apparently not so new, development. Yesterday I did some research and reached the conclusion that I will have to mix several different versions of the new album, one for streaming, one for CD, and perhaps a third one for HD files.

How did the loudness wars end? It was the logical result of so many millions of people subscribing to streaming services, like Apple Music or Spotify. Whether one listens to a personal playlist or a curated stream of music, it’s not fun to have the volume go up and down with each track. In fact sudden changes in loudness are the #1 source of user complaints. The same is true for watching a bunch of videos on YouTube. It would be annoying if some of the videos were much louder than others, right?

If you want to see what this means in practical terms, go to the website Loudness Penalty and drag and drop any mp3 file on it. It will show by how much that file will be turned down by streaming services.

Here are a few links to posts I made about this subject in the past: