Two Versions of One Melody

On 22. April SSRI will release my two new albums. The music on these two albums is quite different, but one melody is present on both, as a bridge connecting the albums and a way to demonstrate the approach I took on each album.

Here are a few photos documenting the photo shoot for the three-oh-five cover. 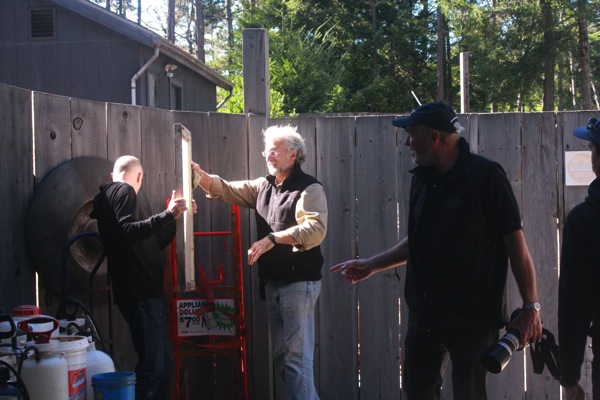 Drawing the three-oh-five logo on the window: 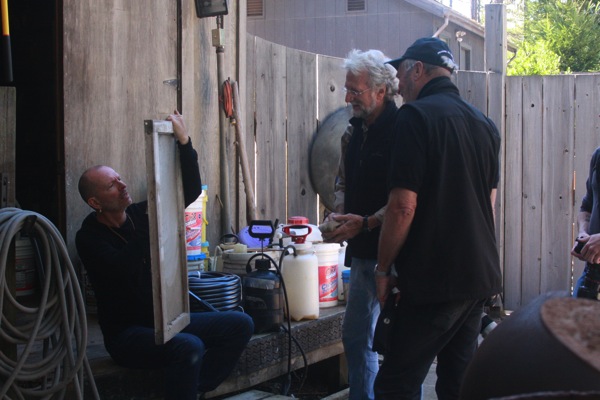 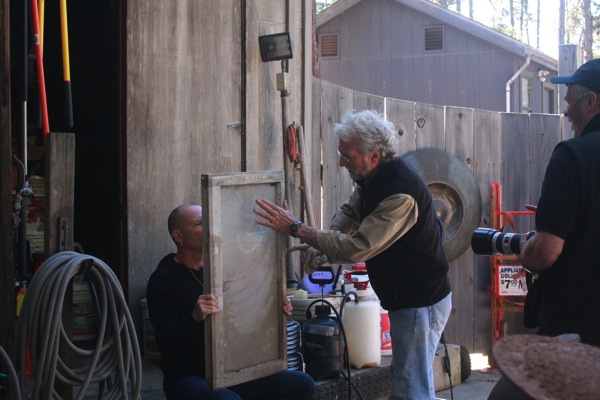 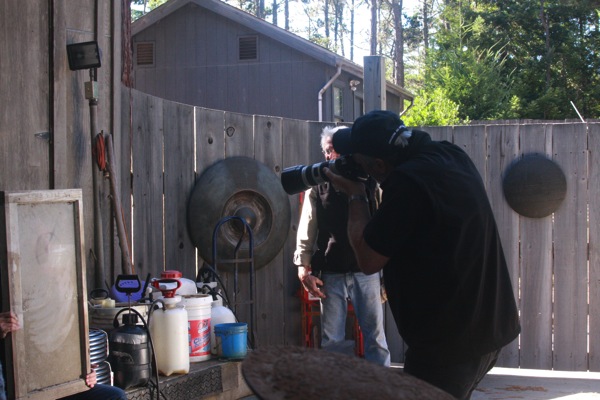 The above photos are by Diane Small and the location was Shibui, Richard Yaski’s sculpture garden in Little River, near Mendocino, on the Northern Californian coast.

And here is the finished cover:

Yesterday our monthly (in reality more like 8-10 times per year) newsletter was sent out to our mailing list. The recipients received “secret” links and can listen to one song from each of the two new albums that are officially dropping in mid-April.

In the book “Holy Sh*t – A Brief History of Swearing” I read that most speech originates from the cerebral cortex, which also controls voluntary actions and rational thought, while swearwords are stored in the limbic system, which is responsible for emotion, the fight-or-flight response, and the autonomic nervous system, which regulates heart rate and blood pressure. People who have lost the ability to speak, e.g. due to a stroke, often still have the ability to swear.

The book also states that test subjects were able to withstand pain, in the form of very cold water, longer, if they spoke swearwords rather than other words.

That got me thinking. Swearing is culture-specific and the words themselves frequently change according to society. Training starts very young in families with parents making clear which words are “bad” or forbidden. This training appears to write swearwords to a different section of brain.

Like swearwords mantras are culture-specific and can be learned at a young age. Many cultures use mantras, but India, Tibet and Japan come to mind. The Ninjas of Japan have a variety of mantras that are to help against cold, against pain, or to promote healing etc.

What I am wondering about is whether these mantras are also, like swearwords, “written” to a different part of the brain? It would follow that the embedding of the mantra into a section of brain is akin to writing software and invoking the mantra is akin to running the program.

In other words, for a person outside the mantra culture, e.g. a non-Ninja, it would be impossible to “run the program” because the software was not written into the brain – just as a foreign speaker who hears an American swearword will not grasp its meaning, nor would yelling the word be able to relieve any pain for him/her.

Have mantras been researched with this in mind? Can they be written to a different part of the brain? How long does it take to embed a mantra? Does a mantra in fact evoke a whole program?