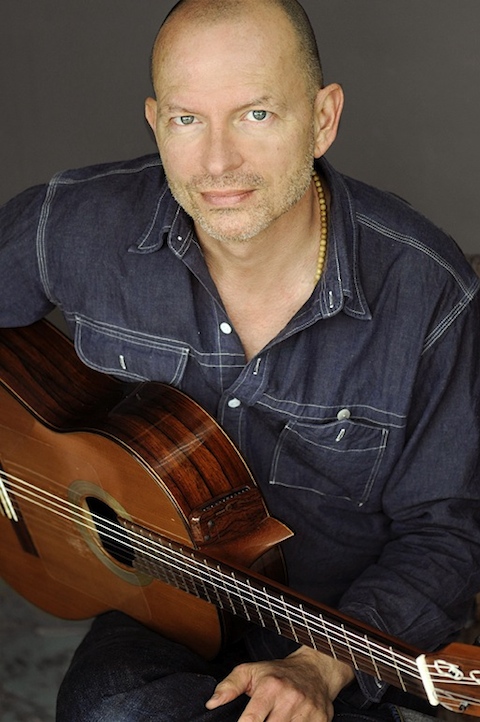 Photo by Joe Mozdzen, taken in California in July.

Not much going on here…

I am working on new music in the studio.

I am discovering interesting albums on Spotify, such as “Full Circle” by Shigeto, “Rome” by Danger Mouse, “Ya-Rayi” by Khaled, “Dusk ’till Dawn” by Breakestra, and am listening to old favorites like The Headhunters, Gabor Szabo. 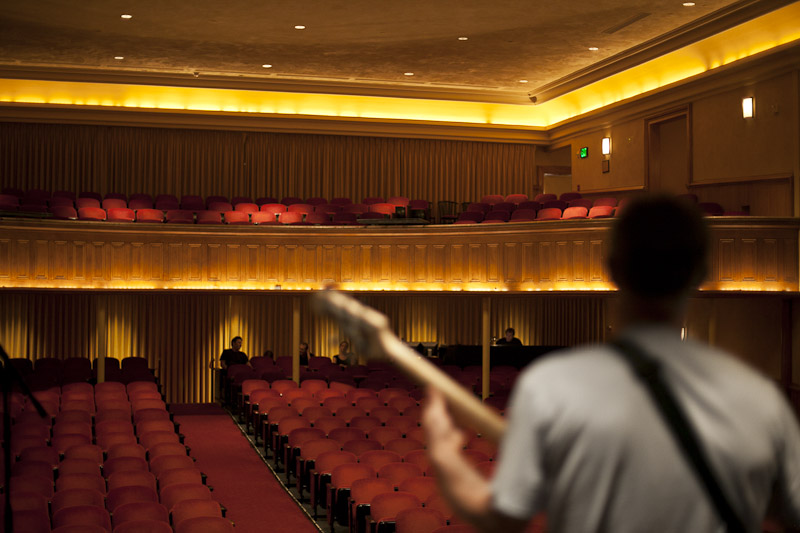 That beautiful design is a half eaten coffee filter in my compost. I use unbleached and not-glued coffee filters and when I don’t add coffee grounds to plants, I throw the whole filter on the compost heap and within two weeks it is nearly gone.

I was listening to the electric guitar sounds on the album “Wrecking Ball” by Emmylou Harris and realize that while Line 6’s Pods (software/digital devices that mimick real guitar amps) are easy and handy devices they just don’t match the sonic beauty of a real guitar amp.

New plan: play electric guitar through the Line6 Pod, but feed the analog output from the Pod into a guitar amp and record the speaker with a microphone. This would make use of the Pod’s effects and software amp-modeling, but refine that sound by pumping it through a real speaker. Since I no longer own a guitar amp, Jon offered to let me try his customized Fender Princeton.

Walking @ 7AM on a Sunday is something old people do. The young ones are hungover from Saturday night. I am enjoying my walk.

Are you saying you’re old?

Happily so, Dave! Our culture’s (sometimes) desperate struggle to stay young is not for me. Age does not prevent innovation, though.

Age is marker of time, while innovation is timeless.

The literal meaning of the term sabi is “mellowed by use”. Although I have plenty of rough edges left! :-)

Last night we had another wonderful lightning storm and rain…

Here is a funny road story:

When we were in San Juan Capistrano last month Jon rented a car for the day, to be able to drive to the beach and get food for us.

“My grandmother is from New Mexico.”

Jon replied: “Really, where is she from in New Mexico?”

And she answered: “Texas!”

We used Square for selling merchandise on the Summer tour. We opened an account, plugged the free reader into the headphone jack of an iPad (first model, with AT&T wireless) and started selling. It just works, and since there are no monthly fees it is perfect for our business. Square also takes Amex in asddition to Visa, MasterCard and Discover. Heartily recommended and a great solution for occassional payments.

I listened to Opium quite a few times over the last weeks. I especially love the tracks that feature 808-style drum machine. I go way back with drum machines. My band in Boston was already using a DMX drum machine in 1984, and I used a drum machine to write the song forms for Nouveau Flamenco in 1989. In most cases those drum machine tracks were intentended to be used as a click track, a guide, but I retained the machine’s kick drum on all songs, and the snare on a few, like “Heart Still/Beating”. I used only the drummachine on “3 Women Walking” because the percussionist couldn’t play anything I liked. Unlike drummers, machines only speed up when I ask them to – Carl, Robby and Ron excepted, those guys have great internal clocks.

I found a nice, if a little complex, drum machine program called Geist, and bought 24 bit/96k TR-808 samples from an English shop called loopmasters, complete with the little analog noise that followed every 808 kick… the old TR-808 machines from 1980 now go for $2,500-3,000 on EBay – and of course they only have analog outputs. For $300 I have a software version that should actually be better than an old 808 machine.

The idea is to mix drum machine with palmas and “real” percussion. Well, nothing new there… that’s how I have made my albums from the beginning, with the exception of “Petals On the Path” and “Up Close” and “Viva!”. For the next album I want to experiment with the drum machine playing parts that a drummer would not play, rather than immitating a drummer. Hard to explain what I hear in my head… better to wait for the next album, but I am looking for something that I have written about many times before: combining the ancient with the present, folk music and modern sounds (the future is now!)…

I am loving Spotify, even though I am not likely going to make any money from it as I pointed out before. Forget having a thousand tunes on your iPod, Spotify has 15 million songs that can instantly stream to my stereo via my iPhone. See this screen shot:

Tap the blue rectangle with the triangle, to the right of the blue volume bar, and select from your network-connected stereos. When one enables high-quality streaming, it is supposed to be up to 320kbps, depending on the song and perhaps on the internet connection. Right now I am listening to “Wrecking Ball” by Emmylou Harris, a lovely album, quite melancholy.

I am taking a little break, after spending the last three hours outlining new songs, and stepped outside… ever notice that some of the sounds hummingbirds make are exactly like some of the percussion sounds on a Kratftwerk record?