More mixing. Gave Jon a CD of the current mixes. After listening he called and liked them, which was nice because I had started down a path where I wasn’t sure it was working.

Upaya Newsletter for 4/26/2010
Pain is inevitable. Suffering is optional.
— His Holiness the Dalai Lama

The drink was invented in the Roaring Twenties by Franz Xaver Kugler, a fellow who is as home-grown a Bavarian as pretzels and lederhosen. Herr Kugler was a railroad worker turned innkeeper who opened his watering hole, the Kugleralm (meaning: Kugler’s alpine meadow), toward the end of the nineteenth century in a little place called Deisenhofen, some 12 miles outside Munich. When, after World War I, bicycle riding became a popular pastime in Germany, Herr Kugler arranged for the construction of a bike trail through the forest, from Munich straight to his establishment—only to get himself into trouble…almost. He had not planned for what businessmen call the up-side risk, when, on a fine Saturday in June 1922, some 13,000 cyclists descended upon the Kugleralm and demanded beer. They almost depleted Franz Xaver’s stock of brew.

The Kugleralm without beer would have been a catastrophe! But the quick-thinking innkeeper had a bright idea. He had several thousand bottles of clear lemon soda in his cellar, a beverage that had proven virtually unsaleable to his beer-loving Bavarian public. To save the day, and to get rid of what he considered some useless inventory, he mixed this lemon soda with his remaining beer at a 50/50 ratio and proudly declared that he had invented this concoction deliberately just for the cyclists so that they would not fall off their bikes on their way home. He called the mixture a Radlermass (Radler means cyclist in German, Mass means a liter of beer). In Herr Kugler’s case, need became the mother of invention.

More history here. Boris told me that this is also called “Alsterwasser”. The Alster is a river in the North of Germany (wikipedia entry) and wasser means water… and I just found an entry in the German Beer Institute North American website. I also found an entry for the best beer in the world.

Anyway, I had a few cans of Pellegrino Limonata and a bottle of Bohemia in the fridge and mixed to taste:

This dewdrop world-
It may be a dewdrop,
And yet- and yet-
-Issa The second Great Buddha of Kamakura.  The first, made of wood and was damaged by a storm and later by fire.  Replaced in 1252 by this work in bronze which at one time was covered with gold leaf and only the ears have a big of gold still detectable.  The swirl on the forehead is made of silver.  It has endured earthquakes and tsunami.
(Via neo bohemia)

I visited that site in 1978 and took this photo:

Russian Hacker Selling 1.5M Facebook Accounts
A hacker who calls himself Kirllos has obtained and is now offering to sell 1.5 million Facebook IDs at astonishingly low prices — $25 per 1,000 IDs for users with fewer than 10 friends and $45 per 1,000 IDs for users with more than 10 friends. Looking at the numbers, Kirllos has stolen the IDs of one out of every 300 Facebook users. Quoting: ‘VeriSign director of cyber intelligence Rick Howard told the New York Times that it appeared close to 700,000 had already been sold. Kirllos would have earned at least $25,000 from the scam. Howard told the newspaper that it was not apparent whether the accounts and passwords were legitimate, but a Russian underground hacking magazine reported it had tested some of Kirllos’ previous samples and managed to get into people’s accounts.
(Via Slashdot)

Stephen Hawking takes the hard line on aliens | Leo Hickman
I’m with Stephen Hawking on this one. Even if we were show to them we can calculate pi to a billion decimal places, aliens are bound to be trigger happy when they meet us for the first time. And given our past form, who would blame them?
(Via Guardian Science)

The annual Spring winds have started. They lent my day in studio Oto-Mare a dramatic backdrop. The sky kept changing from sunshine to clouds, from Santa Fe’s dazzling light to darkness and back, and there was a certain smell in the air. I guess I would call it a storm smell, although the weather sites are switching back and forth on whether there will be a lot of wind tonight or even another snowstorm. Life on a mountain. Our weather is unpredictable. 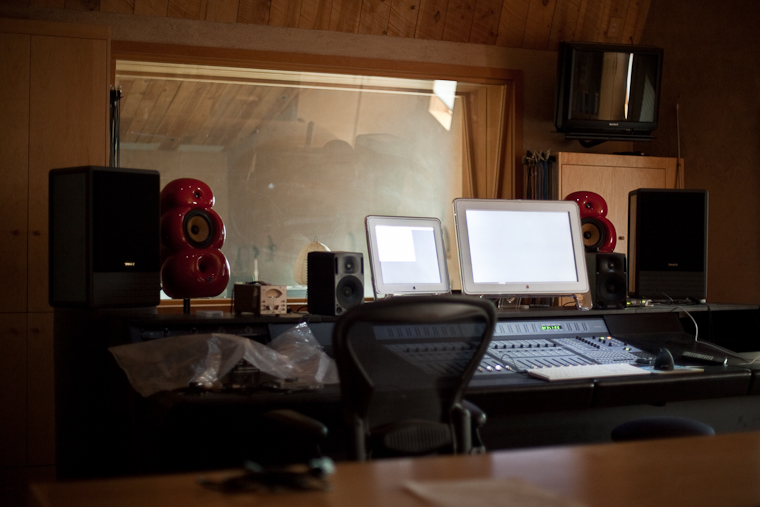 The studio looks darker than usual, because I close the four skylights when I am mixing and mastering an album. The shafts of the skylights can trap low frequencies and diminish the accuracy of what I hear. With a long pole I can close doors located at the bottom of the light-shafts. 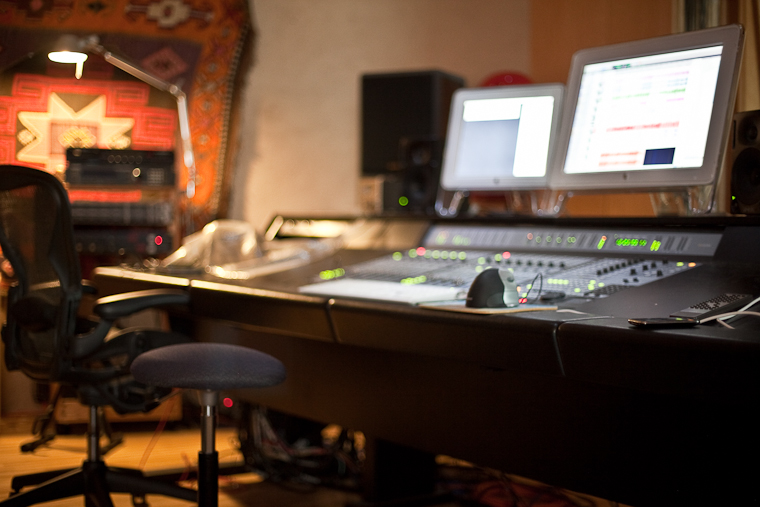 I worked on CD mixes (16/44.1 with my usual compression – the same I have used since “La Semana”) and HD mixes (24/88.2 and no compression). My day ended up longer than expected, but I enjoyed it. Today I spent nine hours in the studio.

The release date of the album will probably be sometime in the second half of June, but, if all goes well, we may have CDs for sale on tour in May. They won’t be in stores until the 22nd or 29th of June though.

late spring . early spring thoughts
It’s wrong to think happiness will come right away. It’s something you (we) create, not something you wait for.
– Ozu Yasujiro’s, Late Spring
(Via neo bohemia)

Here is a noise that drove me crazy a while ago.

It’s that noise between the notes. But we checked and… it’s just another buzz on my guitar. She has a whole bunch of different buzzes and noises now. She’s about eight years old, and I suppose she needs new frets. Or, you might say she has gained a whole bunch of character. There is one particlar noise that sounds like a telephone ringing in the distance. Very interesting.

William Gibson
Q: Which novels did you enjoy writing most?

A: Writing novels is a painful and anxiety-ridden process, for me. There are *moments* of enjoyment. I very much enjoy the state of having written.

A: They’re all equally if differently painful, and each one seems, at some point, to me, to be not only a very bad novel, but the worst novel ever written. That crisis, I’ve learned, indicates that I’ll be finished soon, and that the worst is over. But knowing that doesn’t seem to decrease that devastating and absolute conviction of utter failure.

Q: Seemed to me you enjoyed Spook Country. That so?

A: As usual, I was terrified throughout. The pace seemed utterly glacial, to me. The essential thing is to have at least one trusted daily first reader. Four or five, even better. But the keyword is “trusted”. When it comes to evaluating my own work, truly, my head has a contract out on my ass.